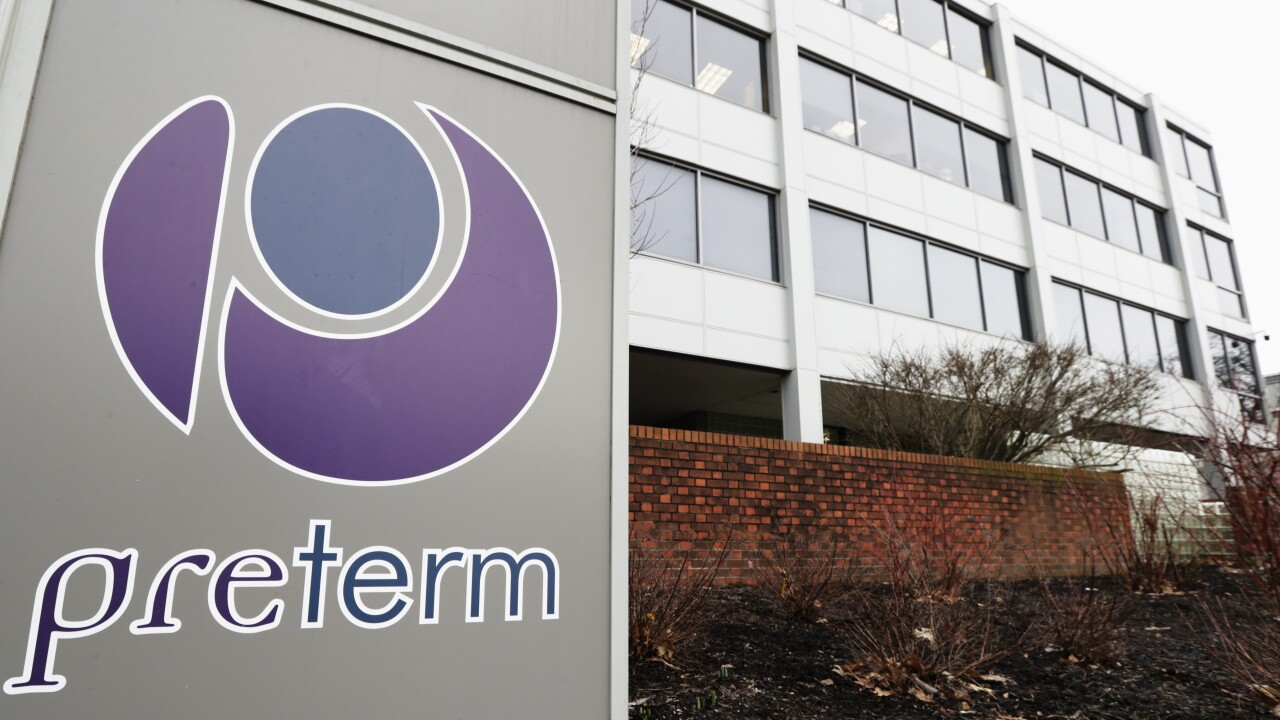 Copyright 2020 The Associated Press. All rights reserved.
Tony Dejak/AP
This Feb, 25, 2020 file photo show the Preterm building, the busiest abortion clinic in Ohio, in Cleveland. Officials in Texas and Ohio are taking steps aimed at banning most abortions during this phase of the coronavirus outbreak. The clinic is not open on Mondays but said it was continuing to take appointments for later in the week. (AP Photo/Tony Dejak, File)

Federal judges in Texas and Ohio have temporarily blocked efforts to ban abortions during the coronavirus pandemic.

The rulings Monday were handed down as providers in Alabama, Iowa, Ohio and Oklahoma filed lawsuits to stop states from trying to close their doors during the outbreak. Their aim is to stop state officials from prohibiting abortions as part of temporary policy changes related to the coronavirus pandemic.

U.S. District Judge Lee Yeakel of Texas said the “Supreme Court has spoken clearly" on a women's right to abortion. A separate judge in Ohio says such orders are unconstitutional if they prohibit abortions.

Meanwhile, New York Attorney General Letitia James is calling for the federal government to lift restrictions on a drug used for abortions.

"I'm calling on the federal government to lift restrictions on the medical-abortion prescription drug Mifepristone so that no woman is forced to leave her home and risk her health during this crisis while exercising her constitutional right to an abortion," James said. "Any woman who wants to go into a doctor’s office or a clinic and get an abortion should continue to be able to do so. Control over one’s reproductive freedom should not be limited to those able to leave their homes."

Mifepristone is a drug commonly used in abortions nationwide, but guidelines require an in-person consultation before getting prescribed the drug. The drug can be used by women in the first 10 weeks of their pregnancy.