Activists can't get a referendum on Gov. Herbert's COVID-19 orders, so they may take him to court 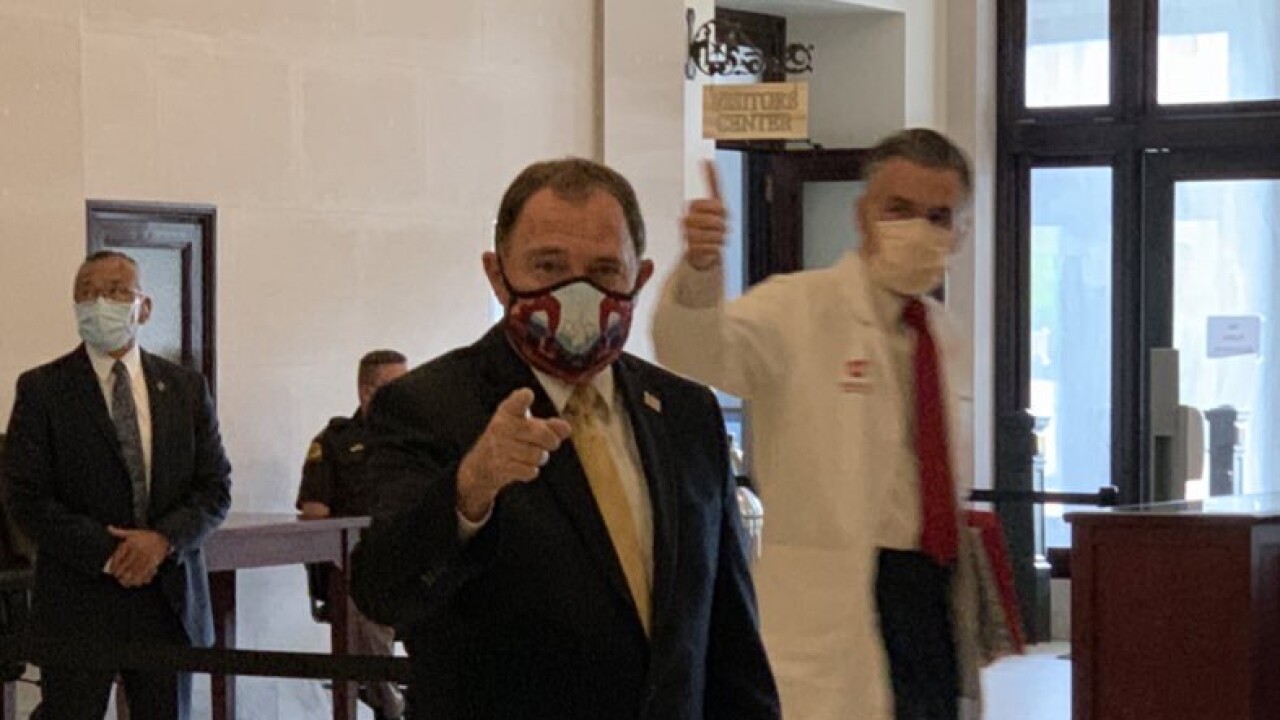 Steve Maxfield and Daniel Newby sought the referendum after Gov. Herbert issued a brand new state of emergency for COVID-19 last week. But the Lt. Governor's Office rejected it quickly.

Maxfield told FOX 13 on Friday they were exploring their legal options, including a possible petition to the Utah Supreme Court again. He said he was less concerned about the content of the governor's orders than with the governor utilizing the power to act as "both executive and legislative branch."

"It sets up the governor as authoritarian to do whatever he damn well pleases and there’s no check by the legislature and the people," Maxfield said.

On a larger scale, a similar battle has played out between the governor and legislative leaders on Capitol Hill. Republican lawmakers were not planning to renew the governor's state of emergency declaration for COVID-19, forcing him to let it end and then turn around and issue a new one. While Utah's laws weren't exactly designed for an ongoing pandemic, Gov. Herbert argued that not issuing one left us as the only state without an emergency declaration and jeopardized federal funding and health guidelines for the deadly virus.