After long PAC 12 postponement due to COVID-19, the Utah Utes begin Fall Camp 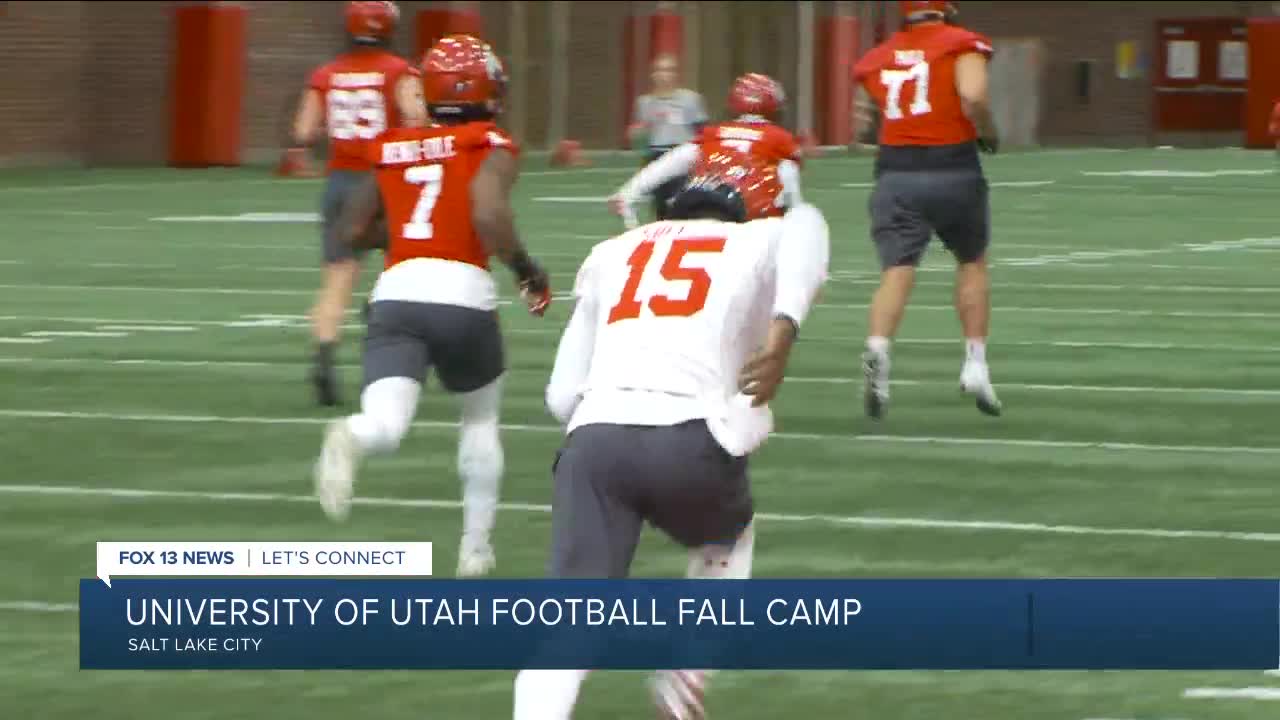 After a months-long delay due to COVID-19, the Utes kick off Fall Camp.

Many thought it would never happen.

The PAC 12 postponed the season due to the coronavirus.

Then on September 24, the league announced it would have a shortened, seven game season that kicks off the weekend of November 6 and 7.

When the season does get underway, the games will be played with no fans in the stadiums.

There are a lot of questions like who will replace star quarterback, Tyler Huntley, and record-setting running back, Zack Moss.

The shortened fall camp will be used to sort out that and much more.

“But I know one thing, our guys know what to do,” said offensive coordinator, Andy Ludwig. “They’re learning how to do it.”

Who’s going to take over on the defense, with several graduations and so many former Utes going to the NFL?

During zoom interviews Friday morning, members of the coaching staff said that will all work itself out over the next several weeks of practices and scrimmages, like it always does.

“That’s the nature of college football, you lose guys every year, your senior class amongst a handful of others that move on for various reasons,” said head coach Kyle Whittingham. “But you have to be able to reload and respond and our objective right now is to get everybody in position where they should be and get them playing at the level they need to be playing at and see what happens.”

One major development during the COVID-19 quarantine was the suspension of defensive coordinator and assistant head coach Morgan Scalley after it was revealed he sent text messages to at least one, African American player containing racist language in 2013.

The suspension was later lifted and Scalley says he’s worked hard to get back into the good graces of his players and the entire University of Utah athletic community.

“It’s been a blessing just to be back with the players again, understanding that I have a lot of work to do in terms of regaining their trust back,” Scalley said. “Had a lot of very open and honest conversations with our players and it’s been fantastic!”

Players will begin Friday what will essentially be a couple of walk-throughs where they will only be wearing helmets. Then, next Wednesday they will get into full pads and after that will come full contact.

“And now we just have to see how physical we can be in terms of executing our schemes and that will really start taking place next Wednesday,” Ludwig said.

Whittingham said he expects to name his starting quarterback in about two weeks after he gets a chance to watch a couple of scrimmages.

The Utes first game is against Arizona at Rice-Eccles Stadium on November 7.