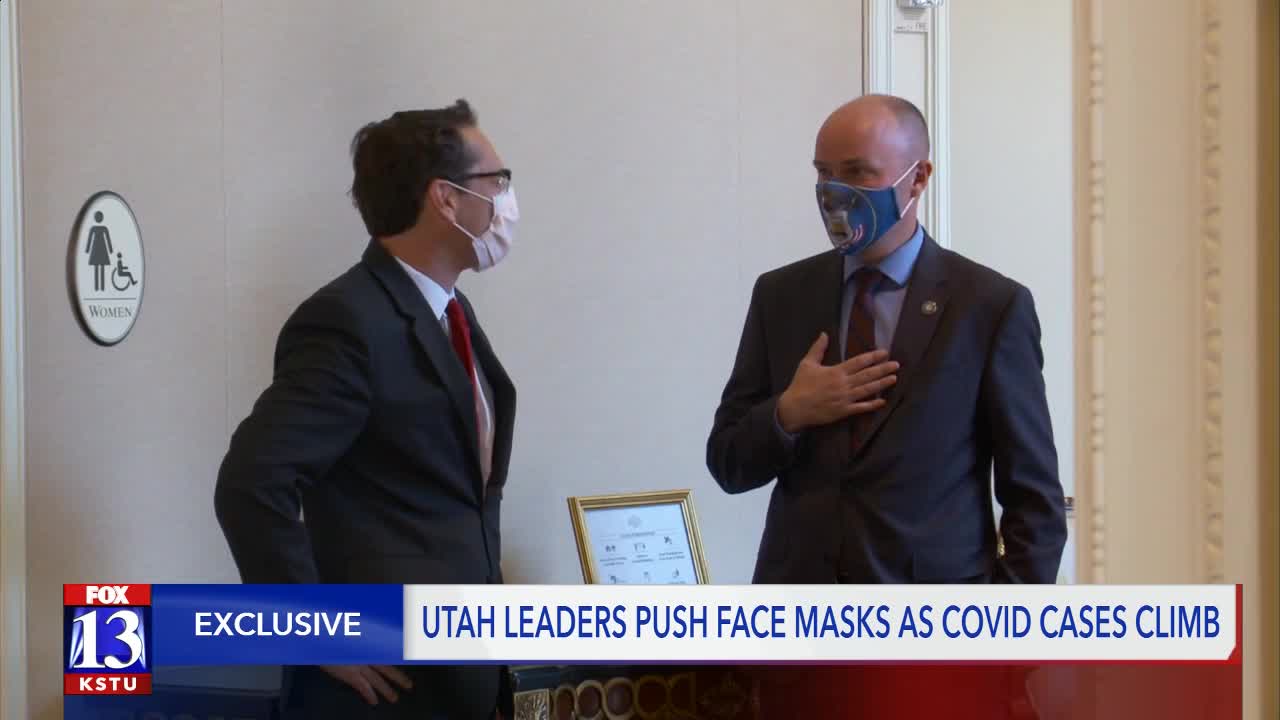 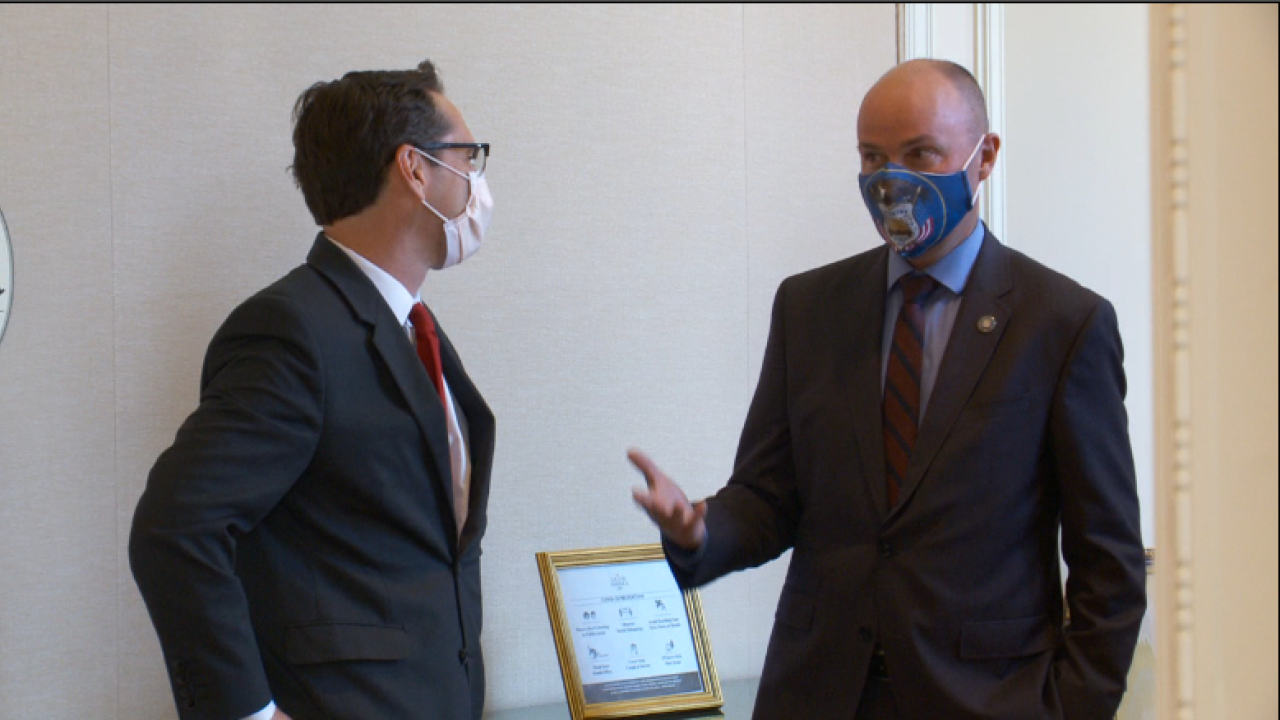 As of Friday, Kane, Garfield, Beaver, Wayne, Piute, Millard, Emery, Daggett, Duchesne and Uintah counties were at a "green" or "new normal" on the state's color-coded risk scale. The rest of the state remained "yellow" or low risk, and Salt Lake City remained at an "orange" or moderate risk. At all risk levels, state officials have said, Utahns must practice social distancing, good hygiene and wear face coverings in public.

As restrictions have loosened, the governor has warned that Utah could slide backwards if things didn't improve. While cases have climbed, hospitalizations have remained steady. On Friday, the Utah Hospital Association, which provides data to state officials on bed counts, reported hospitalizations being down slightly.

But Lt. Governor Spencer Cox, who heads the state's COVID-19 task force, said he was concerned by the recent spike in cases. In an interview with FOX 13 on Friday, he emphasized hospitalizations were a critical metric.

"The numbers are concerning," he said. "And I think everybody should be concerned about that. But it’s not the spike in cases that matters as much. What matters is the hospitalizations. We haven’t seen a major difference in the trends. We know that 7 or 8% of every 100 people that get infected are hospitalized and we need to watch that closely."

Lt. Gov. Cox said when the state transitioned to a "yellow" status, many people simply acted like it was "green" and began ignoring health guidelines. More importantly, Lt. Gov. Cox said, the state needed to do more to emphasize more that people wear face coverings in public.

"What we’re seeing across the state, across the country, across the world, all of the data is showing us that wearing masks is the best way to continue doing what we’re doing, keep the economy going and slow the spread of this virus," he said.

But Utah will not mandate it, like other places have. California's governor recently began requiring people to wear face coverings in public.

"We’re not a state that likes to mandate things. We believe in the people and their ability to make good decisions. What I do think we need to do is do a better job of explaining to people why it’s so important and how they can actually slow this down," Lt. Gov. Cox told FOX 13.

Still, Lt. Gov. Cox said data is showing that states where the population overwhelmingly wears face masks have seen declines in COVID-19 cases. He said the task force was working on public awareness efforts about how face masks can reduce the spread of the virus.

"There is nothing dumber than politicizing the wearing of masks. It should never have happened, it shouldn’t happen now," Lt. Gov. Cox said. "It’s good data, good science and it’s a way to protect people and -- I cannot emphasize this enough -- it’s a way to get back to normal and still prevent the spread of this virus."