Can’t get a hold of the unemployment office? Division says long wait times are ‘unintentional but strategic’ 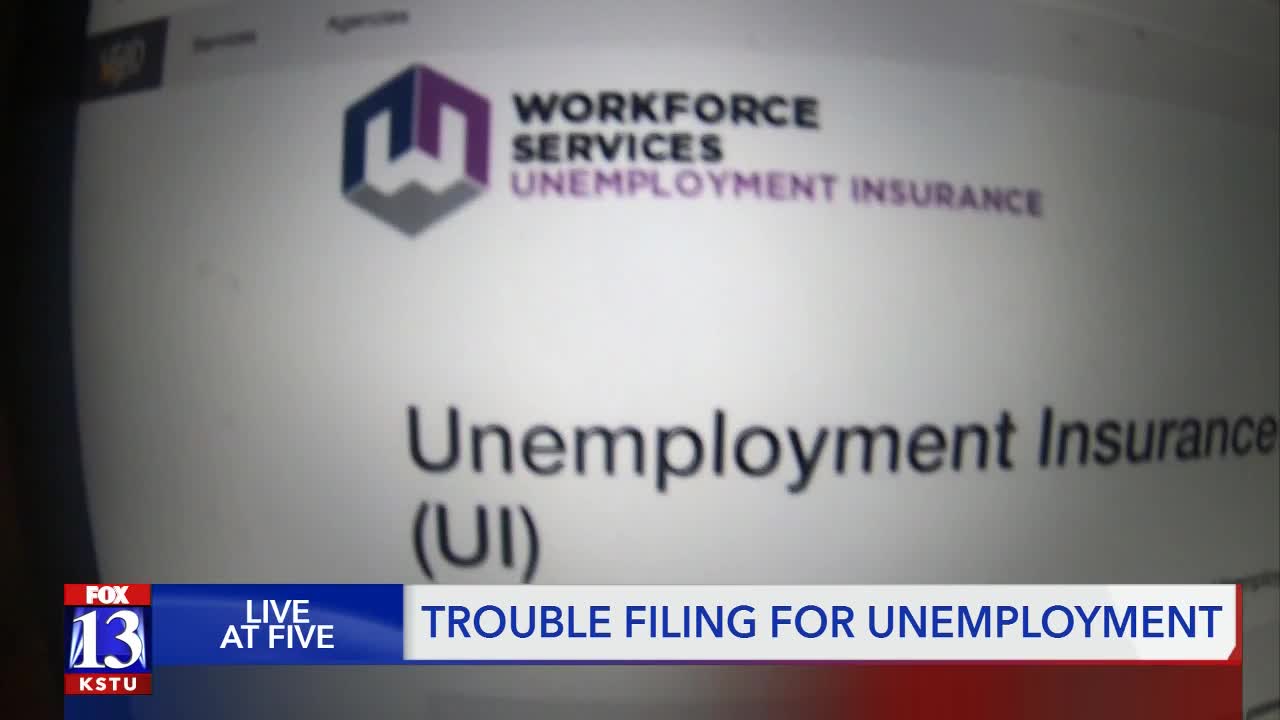 Despite a 6-week downward trend, the Unemployment Insurance Division is still processing a historical amount of unemployment claims – here’s what you can do to help your claim.

SALT LAKE CITY – Despite a 6-week downward trend, the Unemployment Insurance Division is still processing a historical amount of unemployment claims – here’s what you can do to help your claim.

“Thanks for calling the Department of Workforce Services,” an automated voice responds as soon as you dial the Unemployment Insurance Division helpline.

“I’ve gone through the automated message so many times, I can go through it without them finishing talking,” said Harlan Hawks, who has been trying to process his unemployment claim in the Beehive State.

“If you have questions about your claim, press five,” the automated voice continues.

“Then it says goodbye and hangs up, just hangs up,” Hawks continued.

Hawks recently relocated from Utah to California, but in the midst of the pandemic, he lost his job. Nearly a month after unsuccessfully applying for unemployment in California, he received a letter from the state of Utah.

“We waited for weeks for them to tell us we needed to apply in Utah because we barely started working in this state and they go back the last 18-months,” Harlan explained.

On April 12, he joined the masses who had applied for unemployment through the Utah Department of Workforce Services – the Unemployment Insurance Division was flooded with claims.

“Utah had historic low unemployment numbers prior to the pandemic when the pandemic hit and overnight we saw this high volume of claims,” said Kevin Burt, the director of the Unemployment Insurance Division. “It was just unheard of, we’d never seen anything like it.”

The pandemic presented a new set of frustrations for first-time applicants, like Harlan.

“Just not have answers, it builds the anxiety up pretty quickly,” Hawks said.

“Not only did you have this historic volume of claims you also had the Cares Act pass, and a lot of the stimulus benefit was driven through unemployment insurance, so you had the traditional benefit that you were familiar with and then you had all of these other new federal programs,” explained Burt. “We had never administered them before, we weren’t familiar with how they work and we certainly didn’t have them built into our enterprise IT system.”

In response to the new workload, the Unemployment Insurance Division, which is a subset of DWS, added 100 new employees – taking people from the department, who had a surface-level of unemployment understanding, and putting them through an online training so they could alleviate the pressure from those employees who were needed to process benefits as quickly as possible.

“We successfully stood up all pieces of the Cares Act, and there are a lot of states that haven’t implemented a lot of pieces of that,” Burt said.

New numbers from DWFS show a 6-week downward trend in new unemployment applicants. For the week of May 10-16, they processed 6,257 claims – from a historical standpoint, that is still larger than any amount of claims submitted in one-week prior to the pandemic.

Since mid-March, the state has now seen a little over 184-thousand unemployment insurance claims and the division has paid out close to 400-million dollars in unemployment benefits.

While they have seen some delays in service levels, Burt said they have still been able to process 90-percent of the claims within 30-days (up from their usual 21-day processing time, pre-pandemic).

Still, despite their progress, the division has heard one main complaint.

“It’s hard to get a hold of the Department of Workforce Services,” said Burt.

Most calls to the department end in an automated message which says, “Due to high call volume we are unable to take your call at this time.” The call is then ended.

“I was on hold for an hour and twenty minutes before finally talking to someone for five minutes, telling me to call back Monday,” Hawks said.

When attempting to use the online chat, users are given a prompt that tells them the feature is currently unavailable due to high demand.

The division said they are aware of the issue, calling it “unintentional but strategic.”

“Just the unknown, not knowing what’s going to happen, not having any sort of answers, if I knew what was going on it would be a little bit easier to process,” Hawks said.

“We understand exactly why they’re needing to call, but we’ve also been able to provide that benefit to over a 100-thousand people in the form of over 400-million dollars and we’ve been able to stand up all of these federal programs that made them available,” Burt continued.

Burt said if the division has questions, they will call you. But, there are a few things you can do to make the process smoother.

You can use this resource to help determine if you qualify – if you still aren’t sure, Burt recommends applying anyway.

Have your Social Security Number, Driver’s License and check stubs ready. Take every step, fill it out completely and remember, unemployment is week-to-week, so the process needs to be done weekly.

As of now, 90-percent of claims are processed within 30-days. You may not be approved right away, but Burt said it will be retroactive to the date you were first eligible, meaning you will get all of the benefits you are eligible for.

“We have helped hundreds of thousands of people and we’re not done, we still have a lot of people that need us and we’ll continue to lean into this and we’re going to continue to meet that incredible demand,” said Burt.

Burt said the most common questions they get through the chat or calls are in regard to the status of a person’s claim and whether or not it has been processed. They have compiled a list of frequently asked questions, which can be found HERE.