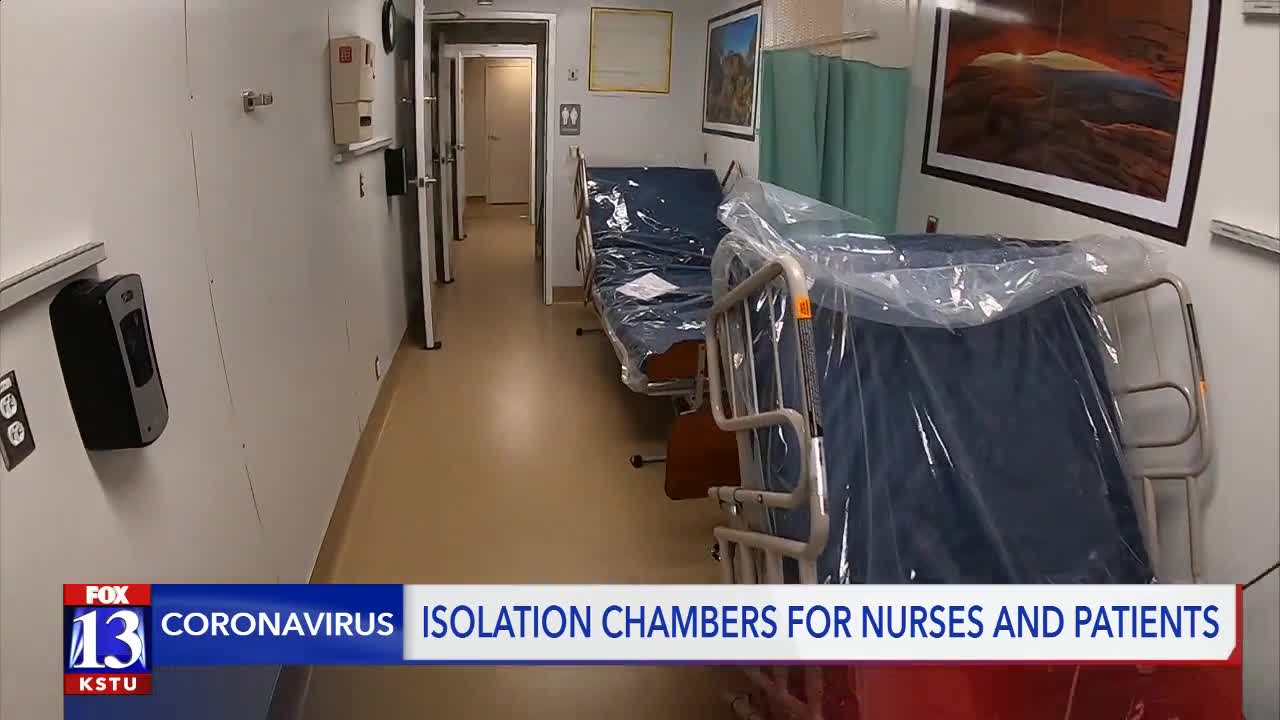 Workers were putting the finishing touches, Thursday, on the new bio containment isolation chambers before shipping them from Utah to Miami Florida.

Workers were putting the finishing touches, Thursday, on the new biocontainment isolation chambers before shipping them from Utah to Miami, Florida.

The infectious disease mobile triage unit is the formal name and was originally designed to help transport nurses and patients with Ebola.

When COVID-19 broke out, the State Department used the units to help patients from the Diamond Princess cruise ship.

Cliff Hokanson, the executive president of HHI Corporation, said he and his crew built the boxes out of a desire to help.

“One of our workers, her mom went in for surgery that she had to have,” Hokanson said. “She was doing fine in the recovery home, but got COVID19 there and six days later she died.”

Hokanson doesn’t want to lose anyone else to this disease.

“We don’t want anyone else to get it, but we want to provide this as a tool for treatment,” Hokanson said.

The portable hospital costs $2.5 million and is generated by it’s own power.

There are seven boxes that make up the unit with three separate areas.

One of the rooms is designed for nurses to meet, take calls from patients and work.

In between the nurses room and the patient’s quarters is a place for nurses to suit-up and decontaminate.

The final area is designed for patients, three in each room with four separate rooms.

“We could have Zika on one, West Nile on another, COVID19 and another one in the fourth one, and keep them isolated and separated,” Hokanson said.

In total, one triage unit has seven separate compartments that are all powered by a generator.

Inside, Hokanson put up vinyl artwork that can be wiped down — pictures taken by his employees from their travels all around the world.

“We want them to be comfortable,” Hokanson said.

A small light at the top of each door indicates whether or not the airflow is safe within each isolation chamber.

Hokanson placed HEPA filters in the patient rooms that captures bioparticles from the infectious disease.

“It just takes all of the air and cleans it before it goes back out to the parking lot,” Hokanson said.

HHI has the supplies to make 30 other units as commissioned by hospitals in need.

Hokanson said they are donating the first triage units to the Jackson Health System in Miami Florida, which has 17,000 confirmed cases of COVID19.

“It’s for the care of the patients and for the nurses,” Hokanson said.

The units will be sent to Florida in early June.