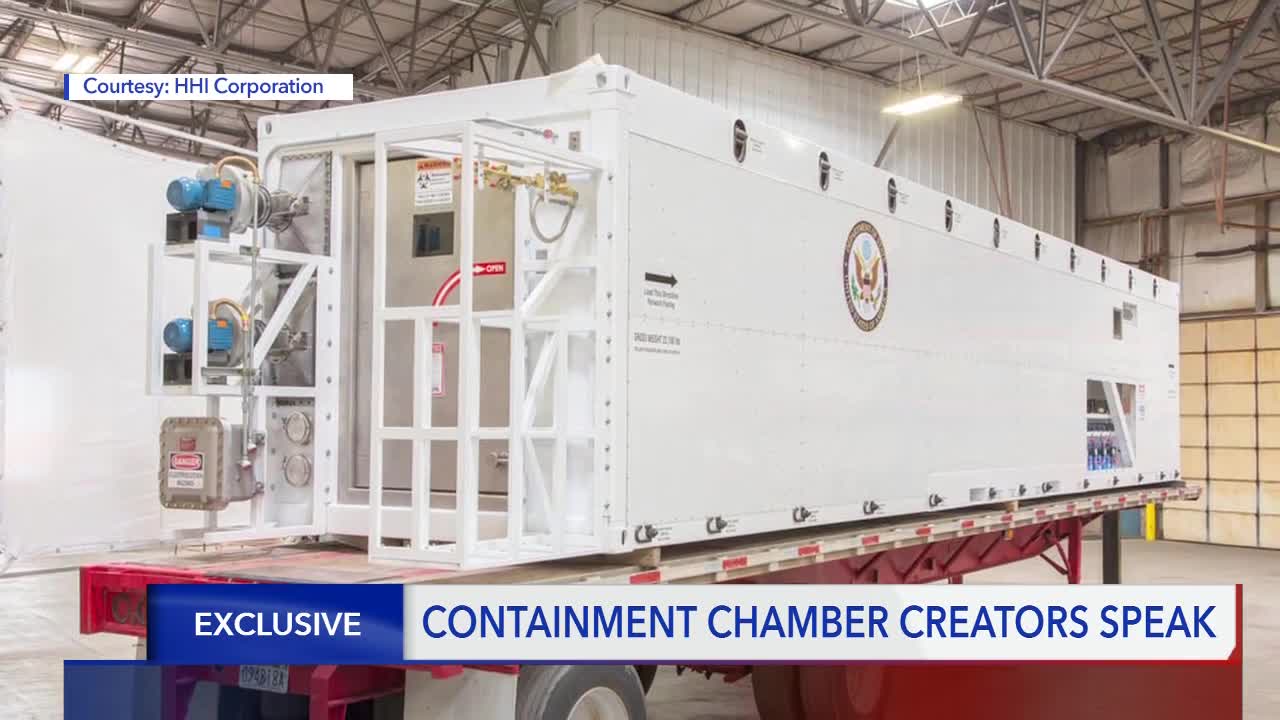 A Utah construction company claims they are the ones who created the isolation boxes being used to help treat patients infected with Coronavirus or COVID19.

OGDEN, Utah — A Utah construction company claims they are the ones who created the isolation boxes being used to help treat patients infected with the coronavirus or COVID-19.

The Hokanson family has been running HHI Corporation for nearly 50 years, and for 47 years they’ve worked with the Federal Government, designing and fabricating for the military.

“It’s about families, it’s about connections, it’s about surviving this world in the best way we can,” said Regina Hokanson, President of HHI Corporation.

Hokanson said their partner, MRI, received orders from the State Department asking for a product that could help ship home U.S. citizens infected with Ebola, along with their nurses and doctors.

The orders were given to MRI at midnight.

HHI was called at 6 AM with six hours to put together plan.

The original order for the first two "shipping containers" was in December 2014, with completion of the units in April 2015. The second order for another two units was in September 2018 with the units completed in February 2019.

“A lot of miracles happened to get the box approved, and then when we saw it in action,” said Cliff Hokanson, Executive Vice President of HHI, "it was like, this is awesome.”

One room was created for doctors to enter, a middle door leads them to a room to “suit up,” before heading into the final room, where patients are treated.

“Everything had to be contained and washed down,” Cliff said. “Even the light fixture needed to be wiped down chemically.”

HHI invented special doors that could handle decompression on a plane — meaning, should a plane go down, no biological hazards would be released from the boxes.

“Everyone on the airplane wouldn’t be contaminated with that,” Cliff said.

Working with a tight deadline, the Hokansons said they had a three hour float allowance — a typical business would want a few days, not hours.

A new type of epoxy needed for the walls almost threw a wrench into the tight schedule.

The chambers had to be able flex and move while shipping across the world on the airplanes, Cliff said. Most epoxy would break and become brittle, especially in the corners.

“We actually had their scientist, the guy who mixes the chemical, out here while we were applying it,” Cliff said.

The first time the new epoxy was applied, it didn’t work.

Cliff said they had to have multiple truck drivers bring a new formula from Pittsburgh overnight because the epoxy couldn’t be flown across the country.

“We’ve never seen people work that fast and get us answers,” Cliff said.

Seeing two of the CBCSs used to help patients from the Diamond Princess Cruise in Japan made the hustle all worth it, the Hokansons said.

“They can’t get home, but with this container, we can bring them home and get them the proper care that they need,” Cliff said.

The other two containers built by HHI are believed to be in the Democratic Republic of the Congo, Cliff said, helping patients infected with Ebola.