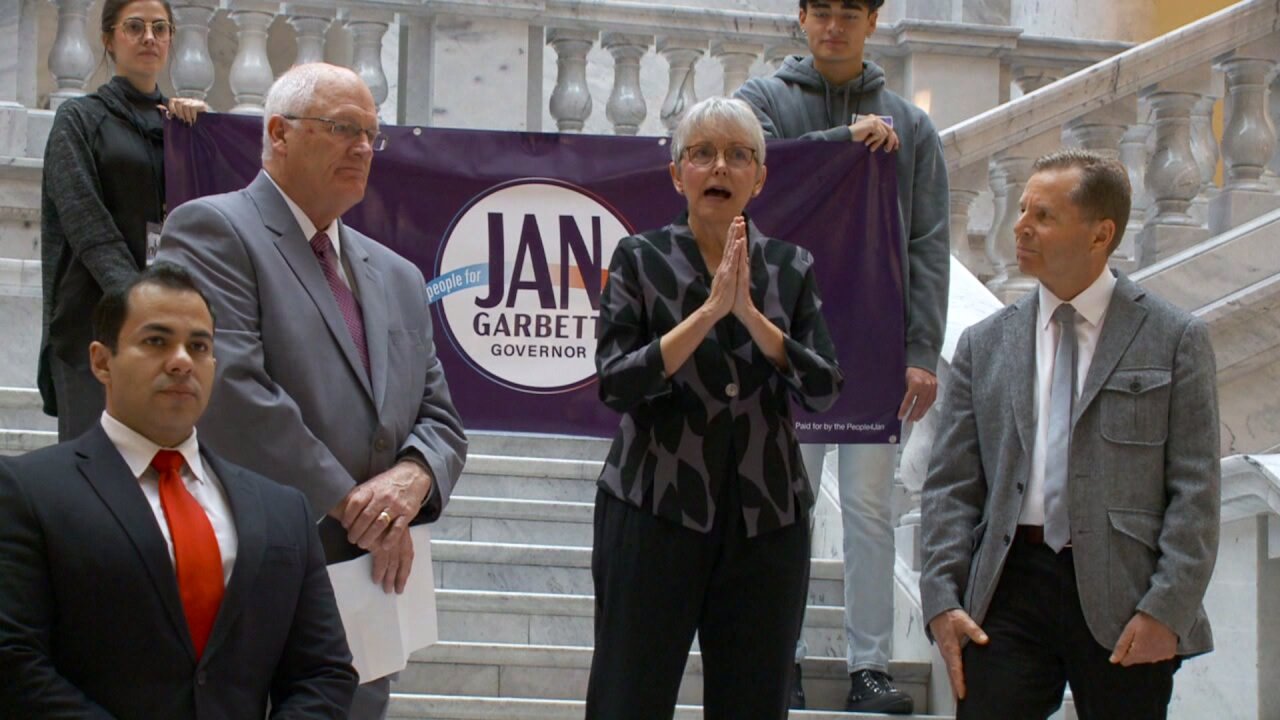 SALT LAKE CITY — Republican gubernatorial candidate Jan Garbett has filed an appeal with the 10th U.S. Circuit Court of Appeals, arguing that while a federal judge ruled in her favor -- he didn't do enough to provide her with adequate access to the June primary ballot.

"A remedy that gives no realistic chance of success is no remedy at all," her campaign wrote in a Facebook post announcing the appeal.

"Judge Shelby’s remedy that the Garbett campaign have nearly 70% valid signatures hasn’t fixed the unconstitutional burden he identified in Utah’s signature gathering requirements during coronavirus," the campaign wrote. "This fight has not become a fight simply to get on the ballot but to ensure the right to ballot access for all candidates, current and future, against the entrenched interests of Utah’s political establishment."

Garbett sued the state, arguing that her signature gathering efforts to earn a spot on the ballot were significantly impacted by COVID-19. Governor Gary Herbert's decision to relax some of those election rules came too little, too late.

U.S. District Court Judge Robert Shelby sided with Garbett and allowed her to submit 19,040 valid signatures. However, the state elections office said in its own court filing that based on what Garbett's campaign had submitted, it was mathematically impossible to qualify given the high number of invalid signatures in the 20,847 batch she did turn in to them following the court ruling.

Garbett, who is campaigning as the only Republican who does not support President Trump, is not the only candidate suing the state over signature gathering in the time of COVID-19. Jeff Burningham, who suspended his signature gathering efforts in early March as the pandemic was beginning, filed his own lawsuit to seek a spot on the ballot. He made similar arguments as Garbett and asked a judge to allow him to submit the signatures he had already gathered.

Court records show that after a hearing late Friday, Judge Shelby denied Burningham's request to be placed on the primary ballot as "futile."

In a statement Saturday, Burningham announced he would not appeal and thanked his supporters.

"When I learned there was a chance the signatures we gathered could be counted, I acted quickly. I needed to ensure the efforts of my supporters were counted & their voices were heard. While most other states made significant elections accommodations during a global pandemic, ours did virtually nothing. That feels wrong and is at the heart of why I was running in the first place. This is not the time for politics per usual," he wrote.

"We need election reform in Utah that is constitutional, fair, and flexible enough to adapt to the needs of the people not the government. I’m confident the primary will produce a strong Republican candidate and I look forward to supporting that candidate for Governor and opportunities to serve the state in the future."

Thomas Wright, Spencer Cox and Jon Huntsman Jr. all met the state's 28,000 validated signature requirement to appear on the ballot. Cox and Greg Hughes also emerged as the winner's at the Utah Republican party state convention and will appear on June's primary ballot.