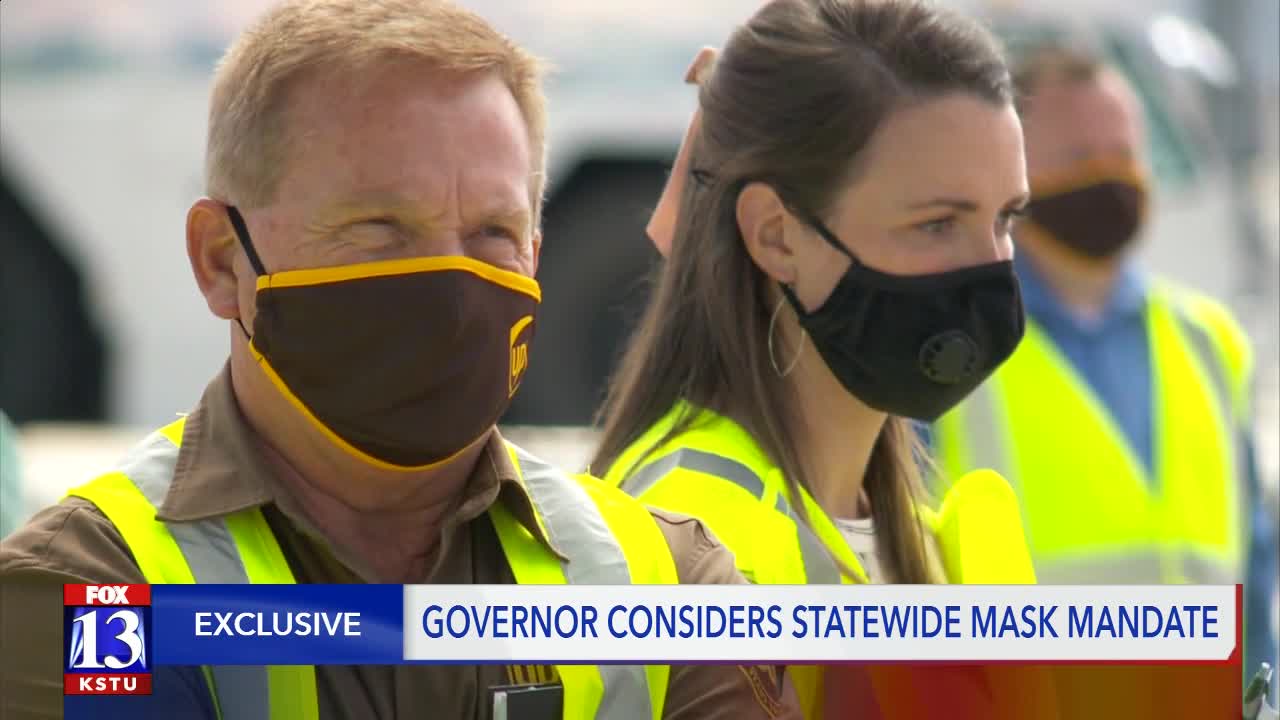 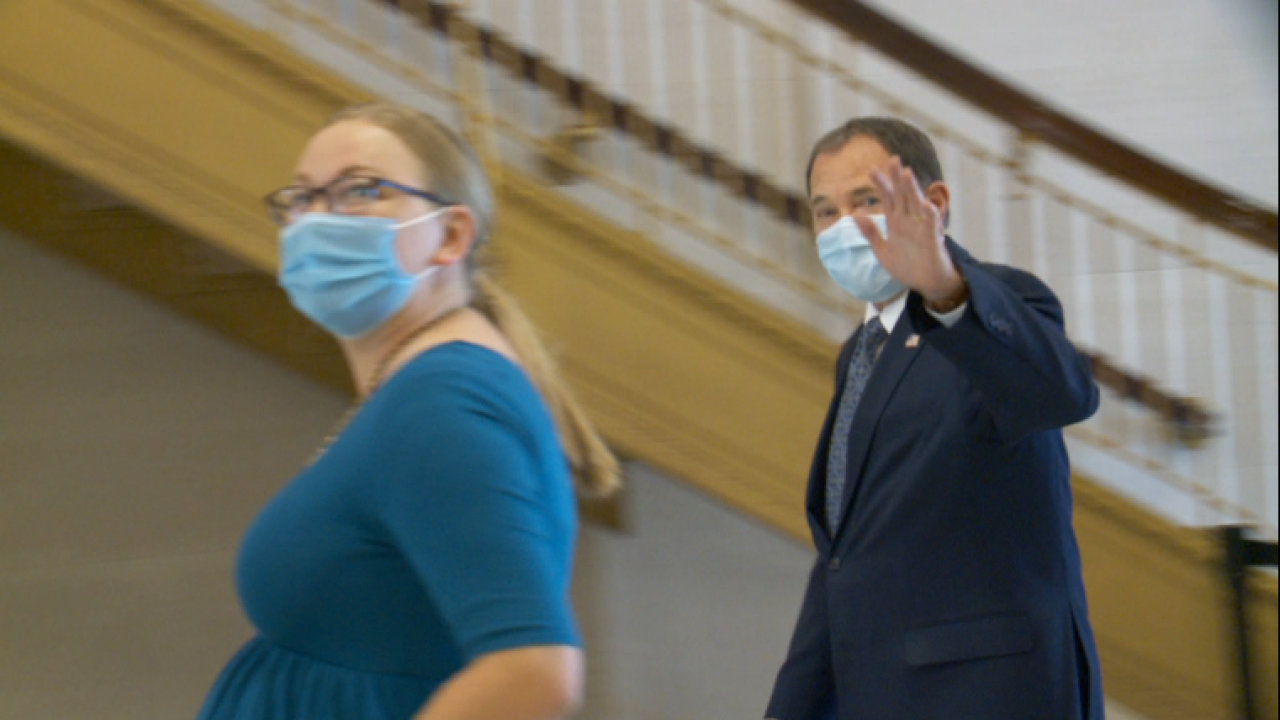 "We had a great discussion," Sen. Adams told FOX 13, declining to comment further about the meeting.

FOX 13 is told the governor will meet with his COVID-19 Unified Command on Wednesday and is expected to make an announcement on whether or not to implement a face covering mandate soon after. He raised the possibility last week as the state has faced a spike in COVID-19 cases.

On Tuesday, the Utah Hospital Association sent a letter to legislative leadership asking for a face covering mandate.

"As Utah has re-opened our economy, we have been pleased to see the resurgence of economic activity and return of many normal activities. Unfortunately, we have also seen a serious increase of infection. That increase is bringing impacts on hospitals and health care professionals which are unsustainable. Although average length of hospital stay and the mortality rate are improving, we are alarmed at the caseload we project in the coming weeks and months," the letter said.

"Two weeks ago today, Utah’s hospitals launched #MaskUpUtah to promote wearing masks among Utahns. We had hoped that with time, a large enough segment of our society would begin wearing masks. Unfortunately, it is not happening quickly enough. Thus, we hereby petition the Governor to adopt a rule requiring Utahns to wear masks."

The letter was signed by Greg Bell, the UHA's CEO. He served as lieutenant governor under Gov. Herbert from 2009-2013.

Hundreds of businesses and associations, led by the Salt Lake Chamber, sent the governor a letter urging him to require face coverings in public when social distancing is not possible. They have argued that it is an effective way to help reverse Utah's surge in COVID-19 cases and not have to increase other health restrictions which could significantly impact the state's economy.

"In Utah, we tend to like a lighter hand of government, a lighter touch. But in this case, I think the businesses see this as a way to minimize economic restrictions through mask requirements," Theresa Foxley, the CEO of the Economic Development Corporation of Utah, said in an interview Tuesday with FOX 13. "Most of the businesses I’ve been in contact with are supportive and see this as a business friendly move."

The Economic Development Corporation of Utah, a private nonprofit group that boosts the local economy and investment in the state, is among those who signed on. Foxley said she would like to see Utah's color-coded health guidelines revised to require face coverings in places in red, orange or yellow conditions. Some businesses would like to see it mandated across the board.

"I do think you’ve seen strong support from the business community. They would like to have the government step in and say, 'You know, this is a requirement just like other public health mandates that we have throughout the state,'" she said. "It’s good for business, it helps create a level playing field and it takes that shopkeeper, that restaurateur, that barkeeper out of having to get involved in public health and confrontations with their customers."

So far, Gov. Herbert has been reluctant to mandate face coverings statewide like other states have (Texas most recently required it). But he has allowed local governments to request permission for it. Under Utah law, local governments cannot be more restrictive in their health orders than the state.

Salt Lake, Summit and Grand counties received permission. So has the town of Springdale, just outside Zion National Park.

Salt Lake County Mayor Jenny Wilson told FOX 13 on Tuesday that they are still awaiting data to see how effective the face covering mandate has been. Early COVID-19 data released this week showed some declines in cases, which was an encouraging sign, she said.

The mayor said even more encouraging is widespread adoption across the county.

"I’m just thrilled, actually, when I go out and I see people, 90% wearing them," Mayor Wilson said. "Occasionally there’s someone who isn’t, making a statement, I guess. This is about health. I’m watching the data and hoping for the best."