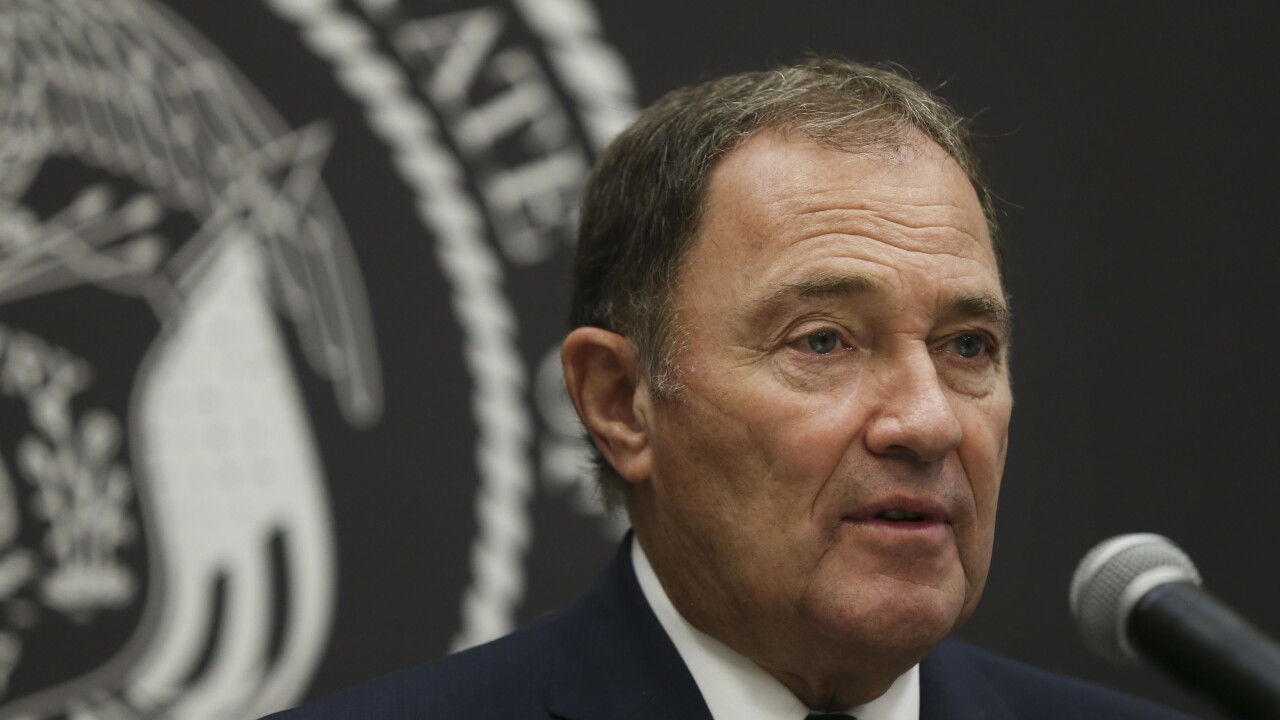 PROVO, Utah — A lawsuit has been filed over Governor Gary Herbert's COVID-19 executive orders, challenging his authority and accusing him of violating their civil rights.

The lawsuit, filed late Thursday in Provo's 4th District Court, alleges the governor's orders during the pandemic of depriving the plaintiffs "of their right to be free from any governmental action that is in opposition to their educational desires for their children, particularly where parent’s in Utah have a constitutional entitlement to heightened protection against such interference."

The litigation by eight people across the state attacks the governor's orders, particularly those limiting social gatherings and imposing health restrictions on schools. They also named interim Utah Department of Health Director Rich Saunders in the lawsuit.

"Defendants have perpetrated a campaign of false information related to school age children and the respective risks that the Plaintiffs, their children, and the public system of education face during the unlawful state of emergency that was declared by Gov. Herbert through the exercise of powers prohibited to him," the plaintiff's attorney, J. Morgan Philpot, wrote. "The actions of the Defendants constitute a form of governmentally enforced mental, emotional, and social child abuse that is harming Plaintiffs, their children, and depriving the people of Utah of their rights to free and open schools."

The lawsuit cites the state and U.S. Constitution and Book of Mormon (a scripture of The Church of Jesus Christ of Latter-day Saints) as authority.

The governor has issued a state of emergency and health restrictions to slow the spread of COVID-19, which has killed over 400 and sickened over 53,000 in Utah since mid-March. Gov. Herbert was recently forced to issue a new state of emergency for COVID-19 after Republican legislative leaders refused to extend the prior one. The governor has argued millions of federal dollars and health guidelines were at risk in the pandemic if he did not.

Gov. Herbert's office had no comment on the litigation when contacted by FOX 13 on Friday, but the governor did issue a new executive order extending his face mask mandate for all state-run facilities. The governor has also repeatedly said he will not rescind the order for face coverings in K-12 schools, despite protests by some parents demanding he do so.