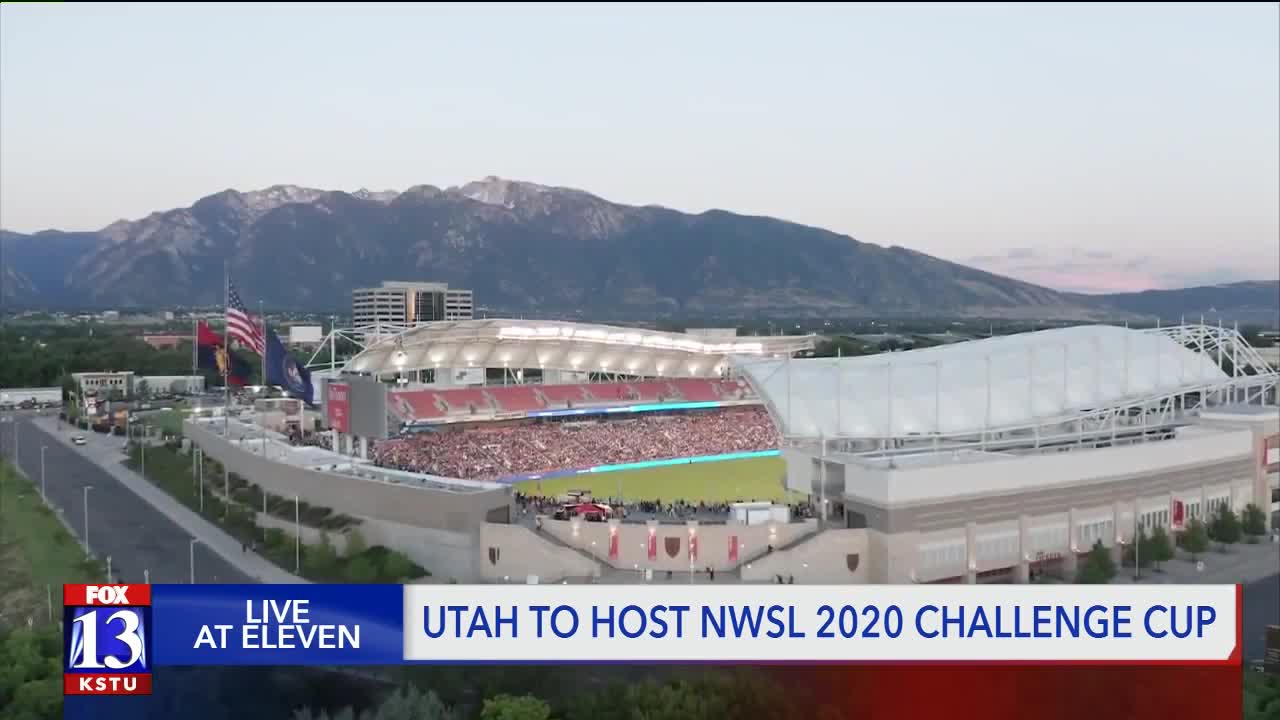 No fans in the stands, but professional women's soccer is returning to Utah in a big way. 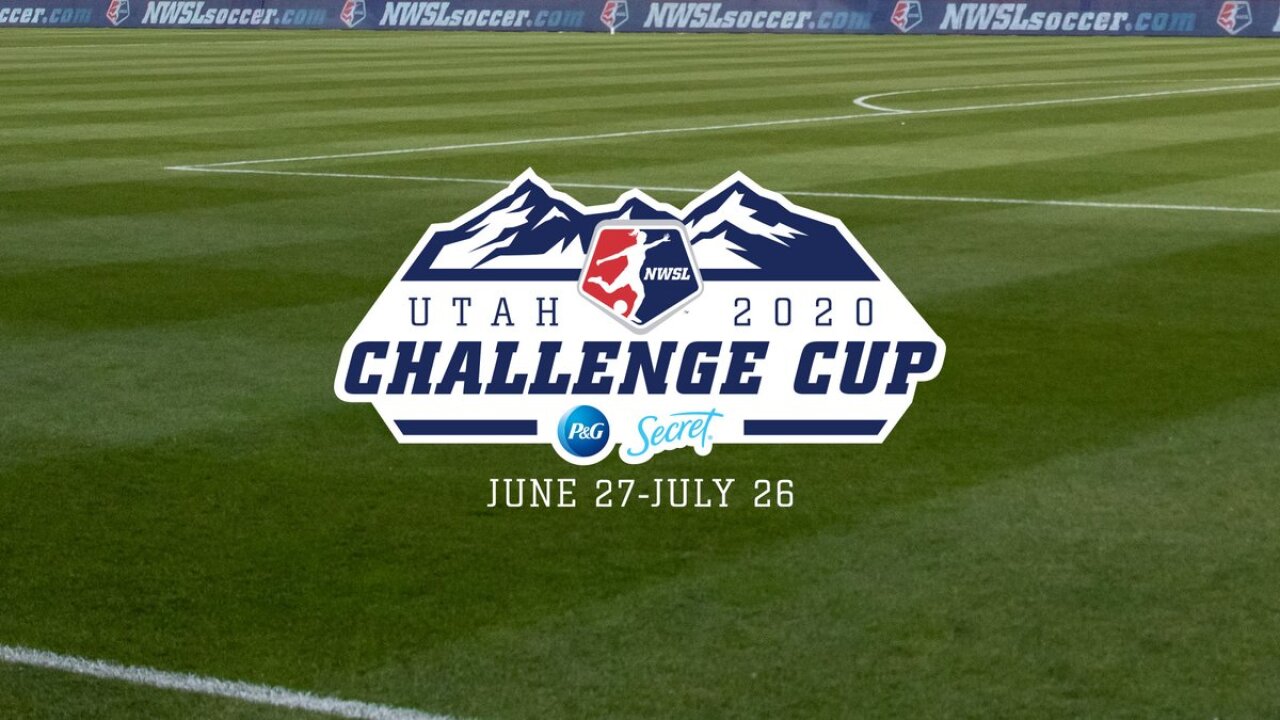 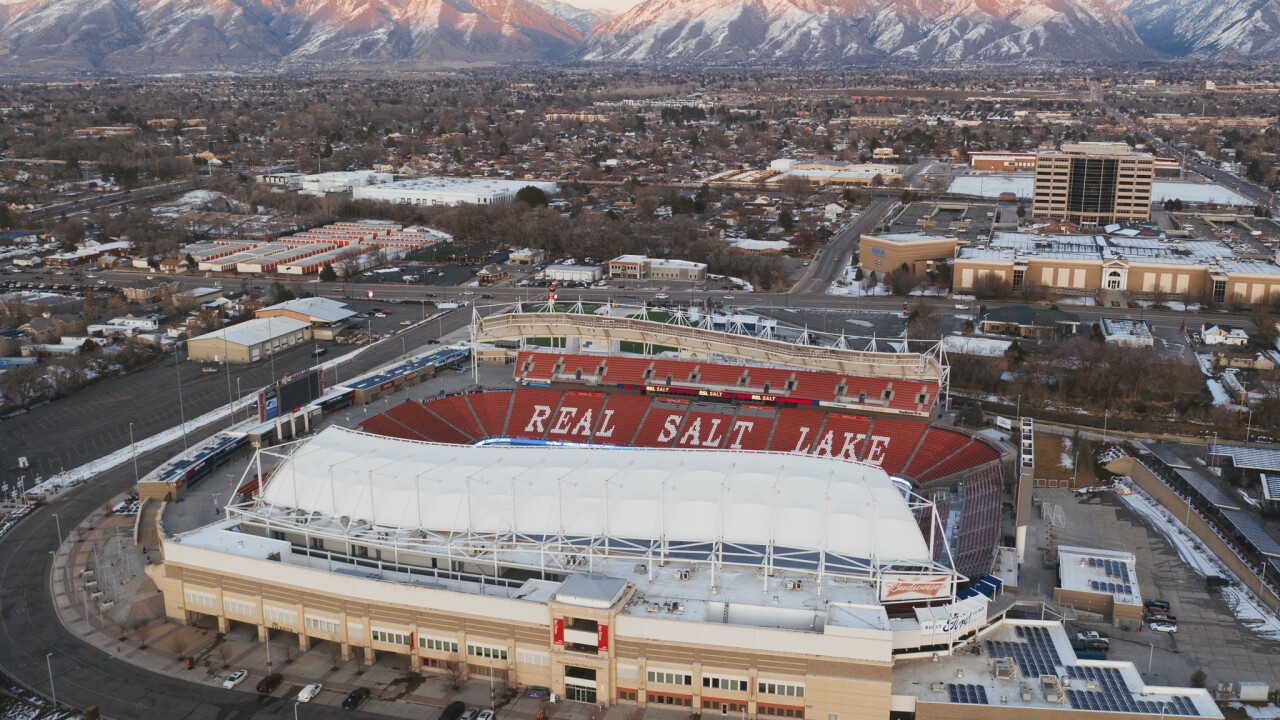 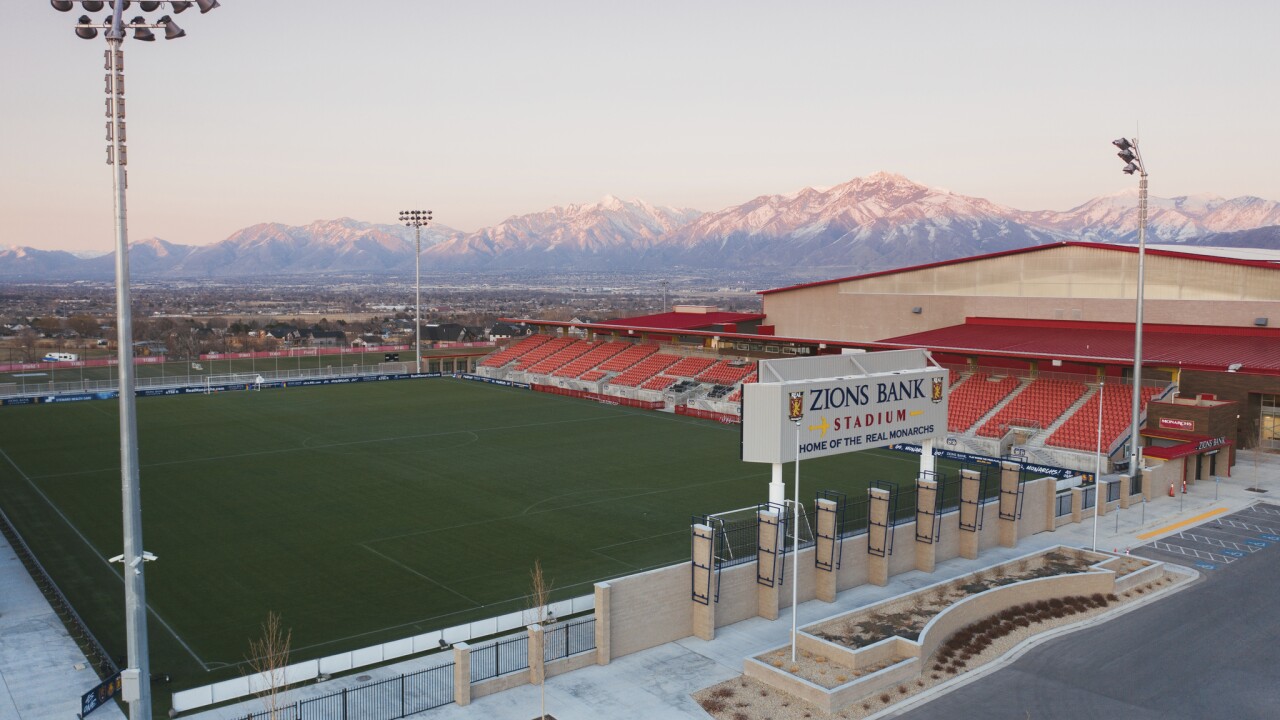 That means the NWSL will be the second professional sports organization in the nation to return to play amid the coronavirus pandemic. NASCAR was the first.

In a Facebook post, the Utah Royals announced they will host the league's other eight teams in the tournament beginning June 27 and ending July 26.

Teams will train at Zions Bank Stadium in Herriman and the America First Credit Union field in Sandy.

He says that’s because of our abundance of medical experts, our early adoption of preventative measures and Utah’s strong health care system.

“We’re really excited to welcome everybody," said Craig Harrington, Utah Royals Head Coach. "Obviously we’ve been fortunate within the state that we’ve been less hit than other places have but to show off and obviously be able to host all these world-class players coming into market, to then put on games that hopefully the rest of the world will get some enjoyment from.”

Royals captain Amy Rodriguez says she and her teammates are thrilled to get ready for real competition and to have a tournament like this in their own backyard.

“We’re hoping to provide a safe, comfortable environment for all the players who come into this market," Rodriguez aid. "I am hoping that we can do it without any hiccups but I’m really looking forward to it and hopefully showing off what Utah has to offer.”

For the players, coaches and officials who will be traveling to Utah, everyone of them will be tested 48 hours before heading here. Then tested again upon arrival. There will then be consistent testing and temperature taking during the tournament.

"I think 2020 didn’t really start out how we all expected, obviously," Rodriguez said. "With the recent events we’ve had to put a lot of things on hold and change plans but that’s kind of what life is about.”

Games will be played at Rio Tinto Stadium in Sandy and Zion's Bank Stadium in Herriman.

There will be no spectators in the stands and games will be streamed live by CBS All Access. The tournament opener and championship game will air on CBS.

Strict coronavirus measures will be in place. Reporter Alex Vejar with our content-sharing partner, The Salt Lake Tribune, details those in this report.

Here are a few more quotes regarding the announcement of the tournament:

“As our country begins to safely reopen and adjust to our collective new reality, and with the enthusiastic support of our players, owners, as well as our new and current commercial partners, the NWSL is thrilled to bring professional soccer back to the United States. This exciting month-long tournament will showcase our league’s talented players and provide our fans the type of world-class entertainment they’ve come to expect from the NWSL.”
- National Women’s Soccer League Commissioner Lisa Baird

“With the efforts of our frontline workers, our state’s early adoption of preventative measures, and our facilities at Zions Bank Real Academy, Rio Tinto Stadium and America First Credit Union Field, Utah is uniquely prepared to host the nine teams in the NWSL and put on a tremendous tournament. With the full support of the Governor and the medical experts in our community, we are thrilled to bring the tournament to Utah.”
- Utah Royals FC Owner Dell Loy Hansen

“Utah is home to strong health care systems and dedicated medical professionals — and public health and safety are always a top priority for our communities. Because of those factors, I believe our state will be a great location for the National Women’s Soccer League to host its competition in 2020. I’m grateful to Dell Loy Hansen for his work to find a solution that we believe will benefit the league and our community as a whole.”
- Utah Governor Gary Herbert

"We are excited to partner with the National Women’s Soccer League, Utah Royals FC Owner Dell Loy Hansen, along with the support of the Governor and our legislative leadership, to play host to this unique Olympic-style tournament that will drive economic benefit and showcase Utah to the world."
- Utah Sports Commission President and CEO Jeff Robbins

"The NWSLPA, working closely alongside NWSL, is excited to provide players the opportunity to return to sport, while also securing compensation and other necessities to make sure players’ concerns, feedback and safety are at the forefront of all conversations. As the plans for the tournament unfolded, it was our priority as the NWSLPA to protect our players, and we feel that NWSL shares those values."
- NWSLPA Executive Directors Yael Averbuch and Brooke Elby

“P&G is proud to support the world-class women athletes of the NWSL. In the face of the added challenges of competing in these unique times, we are delighted to help them bring this innovative tournament to life and bring greater visibility to these elite players and teams. As a longtime champion of gender equality, and an advocate for women’s equal pay in sports and beyond, our Secret deodorant brand team is committed to continuing our efforts to help women in sports advance without having to sweat the obstacles in their path.”
- P&G Director Sports Marketing Janet Fletcher

“Sports are such a huge part of our culture and give us a sense of connection - something we're all craving right now. Partnering with the National Women’s Soccer League allows us to connect with the soccer community in a meaningful way as the sport continues to grow.”
- Verizon Director of Strategic Sponsorships Marissa Weseloh