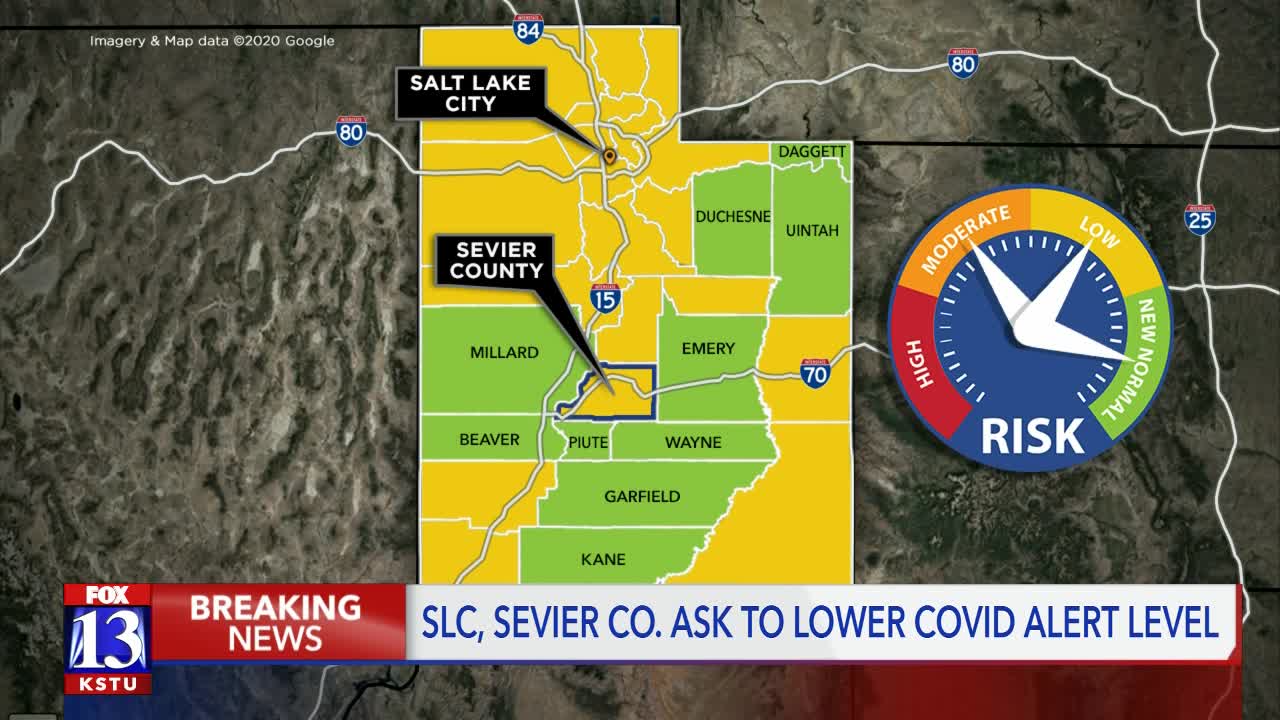 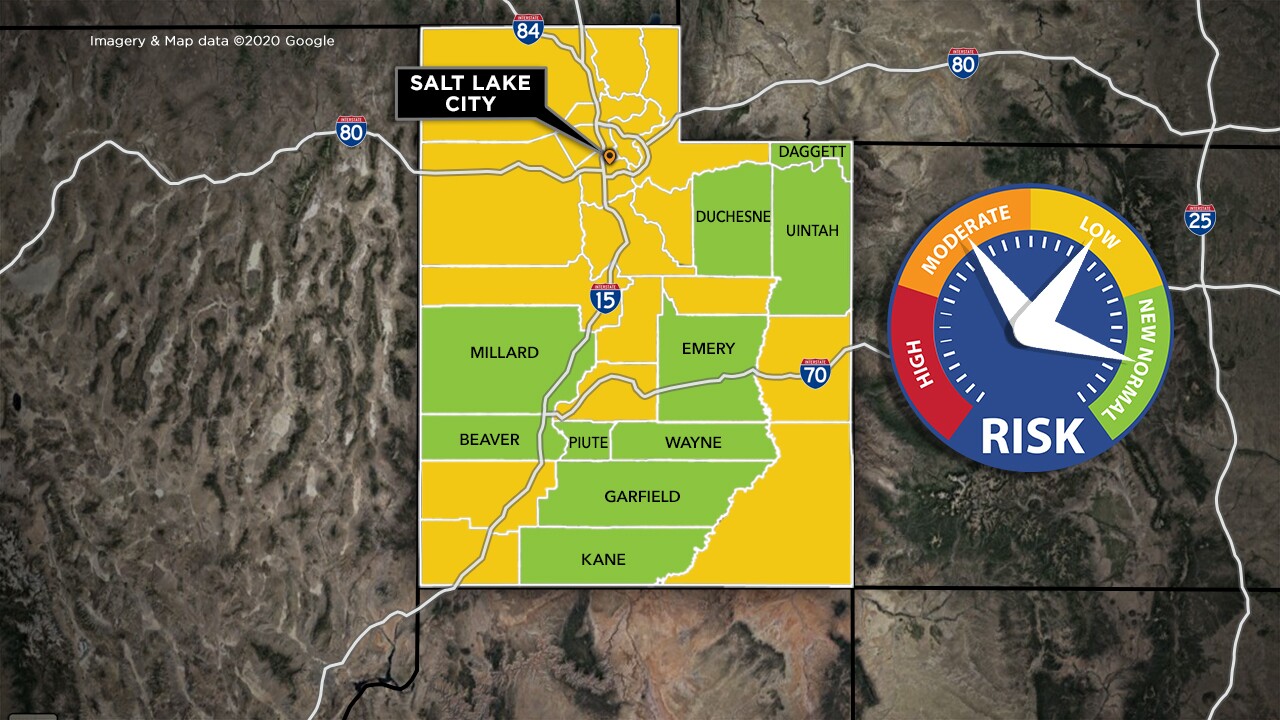 "We are seeing very good data for Salt Lake City and after over 30 days of citywide trend progress we are ready to take this next step,” Salt Lake City Mayor Erin Mendenhall said in a statement. “As our residents move from neighborhood to neighborhood and city to city, there is limited public health benefit to remaining the only orange jurisdiction. The key for us now is in continued social distancing, wearing masks, and continuing to practice handwashing and other sanitary measures.”

It is unclear if Gov. Herbert would grant the requests. In a recent interview with FOX 13, the governor said he was pausing any changes in the alert level while back to school efforts were under way. The governor also acknowledged some difficulty in communicating that the color coded system did not mean "less risk" but "less restrictions."

Gov. Herbert's office told FOX 13 it did not immediately have comment on whether or not the request would be granted. Mayor Mendenhall's statement suggested it was already approved.

The state's color-coded status is tied to health guidelines that include how many people can gather and where, as well as what restaurants and businesses must do in order to stay open. Salt Lake City is currently the only place in the state still in "orange."

The state has seen an overall decline in COVID-19 cases. Last month, a legislative commission dedicated to re-opening the state's economy recommended Salt Lake City move to "yellow." Mayor Mendenhall herself considered it in June, but then backed off of the idea when COVID-19 cases began surging a short time later.

Salt Lake County has implemented a mandate for face coverings, which covers Salt Lake City. That would remain in effect, regardless of the alert level.

It also would not impact the Salt Lake City School District's plans for virtual classrooms starting next week.

"Parents, this does not change our plans for remote learning. Our Board of Education voted on parameters for returning to in-person learning (new COVID cases need to fall below 10 new cases per 100,000 citizens in Salt Lake County and the COVID positive test rate needs to be below 5%), and we still haven't met those. Currently, Salt Lake County is at 13.3 cases per 100,000 citizens, and the COVID positive test rate is currently at 8.95%, according to the Salt Lake County Health Department. We are looking forward to seeing your students online on Tuesday!" the district said in a message to parents.