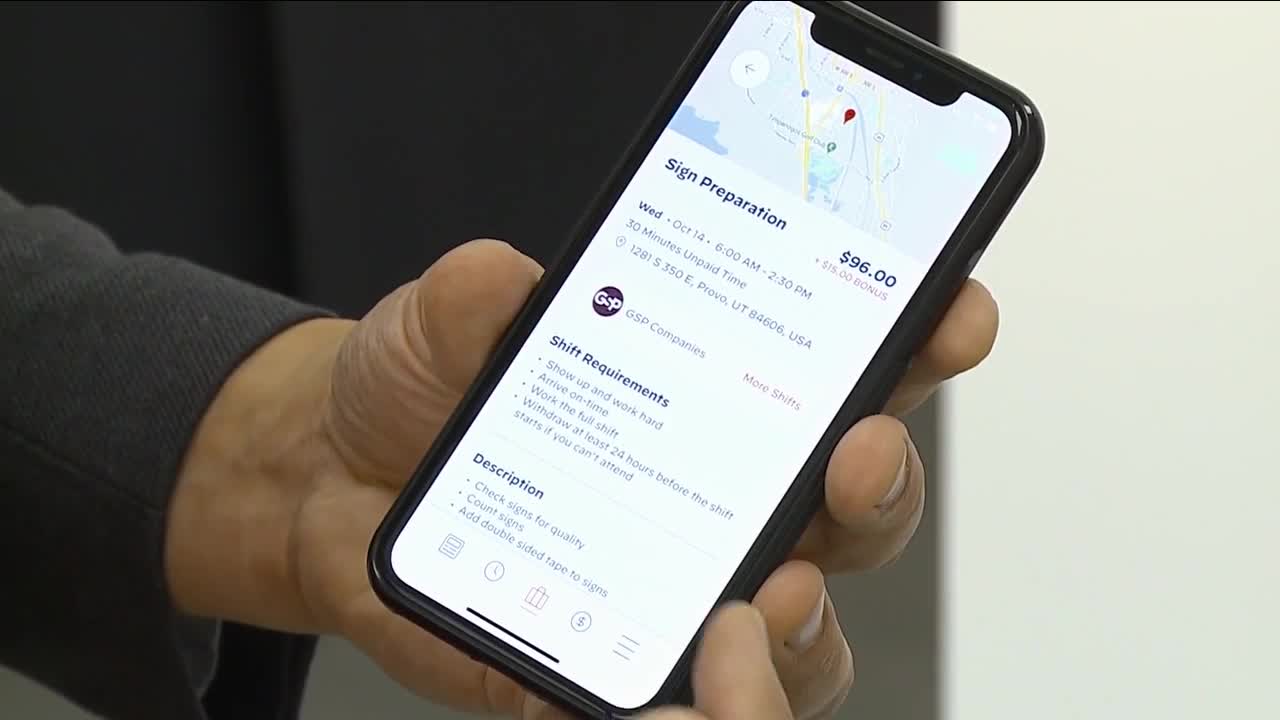 Bacon, a company based out of Provo, is helping people find gig jobs through their app.

PROVO, Utah — Many people have lost their jobs due to the pandemic, and are turning to the gig economy to help pay the bills.

"I had no job set up. I was looking, and everything kind of evaporated," said Grant Holden, a college student who has been doing gig jobs since March.

In 2017, gig workers made up 34% of the U.S. workforce, according to data from the Bureau of Labor Statistics. They predicted that number would grow to 43% in 2020.

Bacon, a company based out of Provo, is helping people find gig jobs through their app.

The app was developed in 2018, and works by connecting people to employers looking for part-time help. It's unique because the work available on the app is on demand, and is flexible to meet people's schedules.

"It was perfect to fit in to the gaps of my schedule," Holden said.

He uses the app to find work in between class schedules and study time.

Employers, like VOX Fulfillment in Provo, have used the app and said the flexibility helps them find workers when they need them.

"It benefits us to fill these positions that we need," said Matt Chapman, HR Director for VOX.

Another Bacon user, Stephanie Warren, said the app has helped keep money coming in throughout the entirety of the pandemic.

"I haven't missed a day of work since COVID [began]," she said. "I've always been able to find something."

Sebresos said finding work during these tough times helps people have a sense of hope.

"The lack of hope of not being able to find anything, to finding something you can at least make things work with [feels] nice," Holden said.

COVID-19 cases in Utah are beginning to surge again. And with new guidelines coming from the state, which change some of the restrictions on business, it's likely the gig economy will continue to grow in the state, and around the country.