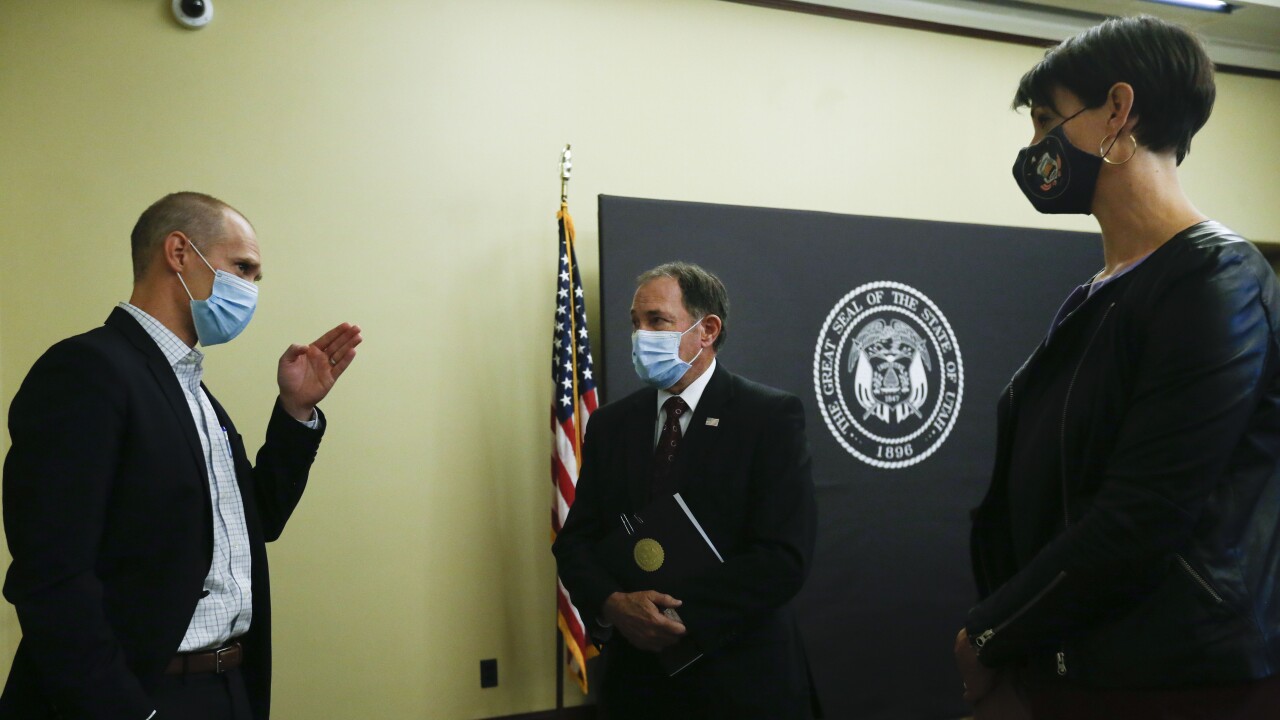 PROVO, Utah — The Utah Attorney General's Office is asking a judge to reject a lawsuit filed against the state's COVID-19 health orders.

In a new court filing, the state defended Governor Gary Herbert and the Utah Department of Health's decision-making in the COVID-19 pandemic. It also cited the rising cases and deaths in Utah due to COVID-19.

"To the extent a response is deemed necessary, the information related to the dangers of Covid-19 provided by the CDC speaks for itself. Defendants further state that, as of October 19, 2020, there have been 95,562 confirmed cases of Covid-19 in Utah, resulting in 4,688 hospitalizations and tragically, 546 deaths," assistant Utah Attorney General David Wolf wrote.

The rest of the filing argued that the governor and Utah Department of Health are well within their powers to issue orders and directives to protect people's lives.

The litigation, filed last month by eight Utahns, challenged the governor's authority and accused him of violating their civil rights. In particular, they were incensed by orders limiting social gatherings and placing health restrictions in schools, including a face mask mandate.

"The actions of the Defendants constitute a form of governmentally enforced mental, emotional, and social child abuse that is harming Plaintiffs, their children, and depriving the people of Utah of their rights to free and open schools," the lawsuit stated, citing the U.S. Constitution and Book of Mormon (a scripture of The Church of Jesus Christ of Latter-day Saints) as authority.

In response, state lawyers said many of the claims in the lawsuit didn't even merit an answer.

"To the extent Plaintiffs seek a writ of mandamus based on allegations of 'wrongful restraints on personal liberty,' no response is required unless and until the Court determines the petition is not frivolous and orders Defendants to answer or otherwise respond," Wolf wrote.

Recently, 17 more people have filed papers to intervene in the lawsuit against the governor and state health department. The Utah Attorney General's Office asked for the lawsuit to be dismissed in its entirety.