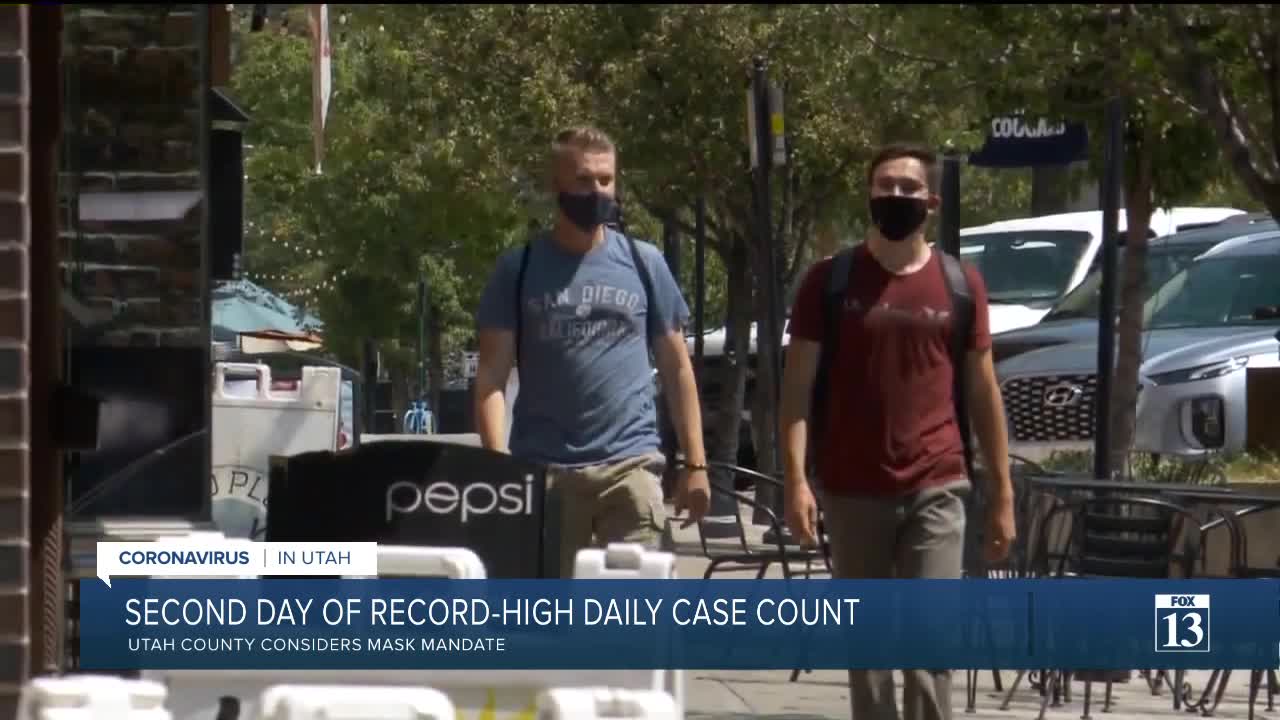 Utah County leaders are considering a countywide mask mandate after a recent spike in COVID-19 cases that has made the county Utah's #1 hotspot for the disease. 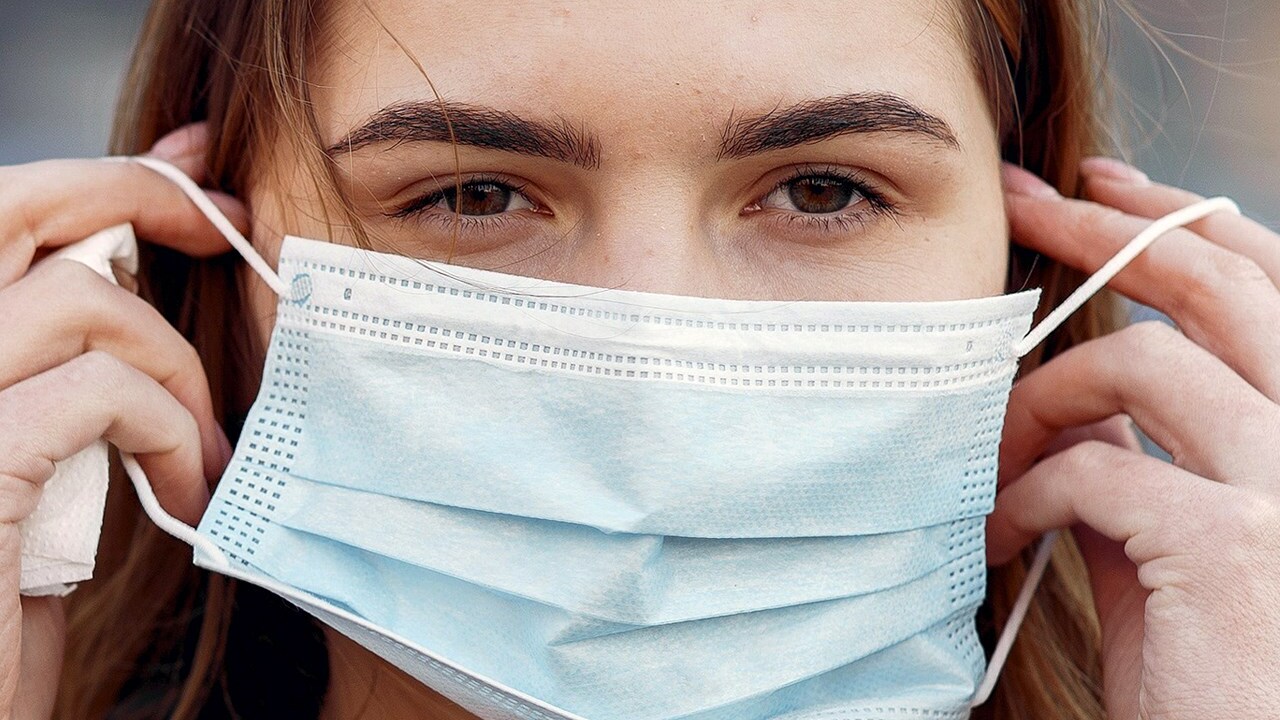 PROVO, Utah — Utah County leaders are contemplating whether to implement a countywide mask mandate after another record-breaking day of COVID-19 cases.

County commissioners and mayors from across Utah Valley met on an emergency conference call on Friday morning to discuss what to do. FOX 13 was invited to listen in. The emergency call came after Governor Gary Herbert demanded Utah County leaders take action. State health officials said they remain very concerned, as Utah County remains the number one hot spot for the disease right now.

The surge is being blamed in part on off-campus parties and gatherings involving college-age kids. Brigham Young University and Utah Valley University have implemented mask mandates (as has the Provo City Council) and strictly follow health guidelines, the health department said. But they can't control off-campus behavior. BYU recently disclosed it has disciplined 15 students for failing to follow health requirements the private school has imposed.

State health officials pointed out that in other counties, mask mandates have worked. Hospitalizations for COVID-19 remain low, but Utah's Department of Health said data shows that demographic is spreading it to others who are more vulnerable. Wastewater sampling showed Utah County and the southern part of Salt Lake County with surges in novel coronavirus cases. Utah County makes up 40% of the current COVID-19 caseload.

But mayors pushed back. Provo Mayor Michele Kaufusi said they are "unique kids" in her community and said she was launching an educational campaign in partnership with a student group at BYU. Orem Mayor Richard Brunst offered up an educational campaign that rewarded college students with gift cards for wearing masks and social distancing.

"If we could do a positive campaign where they receive a benefit for learning how to protect their neighbor, I think, in fact, we could change behavior," Mayor Brunst said.

Utah County Sheriff Mike Smith said if a mask mandate were implemented by county leaders, he would instruct his deputies not to enforce it.

"As the sheriff? I won’t have my deputies enforcing a mask mandate. I think it’s such a controversial issue," he told mayors and commissioners.

No final decisions were made, but Utah County leaders agreed to keep meeting over the weekend to discuss options. It was pointed out the governor could demand more action or take action on his own.

Commissioner Bill Lee told FOX 13 he would not support a countywide mask mandate and criticized the governor for taking shots at Utah County during his most recent news conference.

"I’m not inclined to go out there with the stick on this thing," Commissioner Lee said Friday. "I’d rather use like the mayor said, a carrot or education to see if we can turn this around."

Gov. Herbert found out about the meeting from FOX 13, but said he was happy to see Utah County leaders doing something about it.

"I’m anxious to see what they come up with," he said.