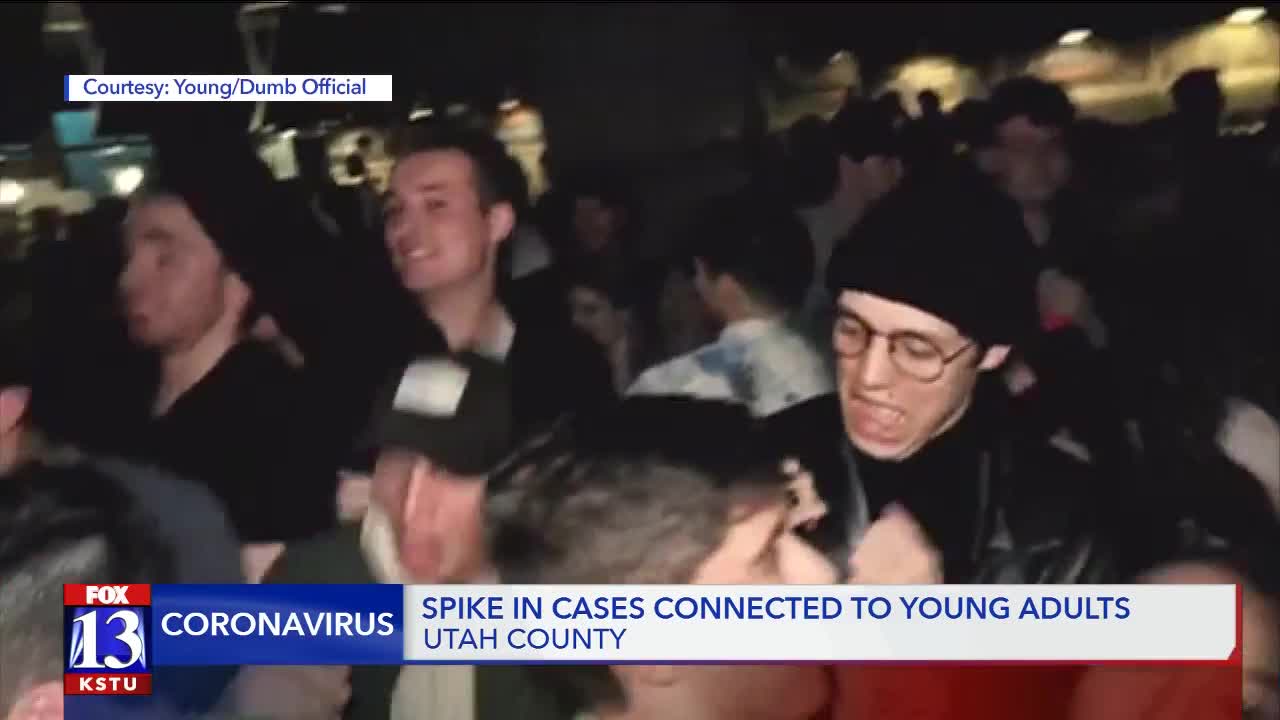 Health officials are concerned after a recent spike in COVID-19 cases in Utah County. 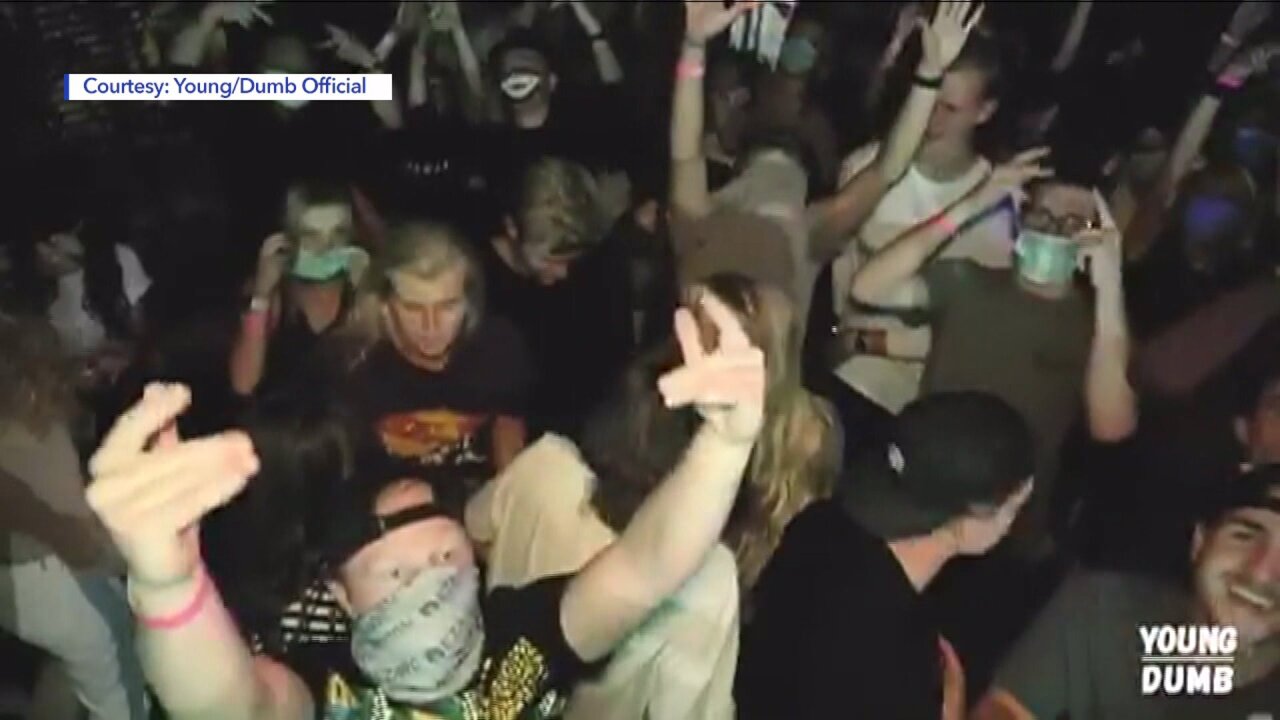 PROVO, Utah – Health officials are concerned after a recent spike in COVID-19 cases in Utah County.

According to a statement from state epidemiologist Dr. Angela Dunn, since last Friday, 39 percent of the state’s positive COVID-19 infections have been located in Utah County with a majority of them among college-aged young adults.

“We are seeing the evidence on social media. We know the pictures are out there,” said Aislynn Tolman-Hill with the Utah County Health Department. “It certainly is not something that we would recommend.”

The health department believes the parties are playing a role in the spike.

While not specifically named, an event organizer named "Young/Dumb" has received attention for its Instagram photos and videos.

Friday, the group hosted a party called the "Mask-Querade Dance Party" in Orem. In one video, some partygoers are seen wearing masks, but not practicing social distancing.

It says in part, "The illness had affected the student body before our parties came into effect. Perhaps it was from weekly dance parties at certain established venues, weekly country swing dances, various hot tub gatherings or ‘hook up culture.’"

In a series of tweets Monday, Brigham Young University warned anyone who fails to follow the school’s COVID-19 requirements could have on-campus privileges restricted. So far, 15 students have been disciplined.

1/ We stand behind our warning that if someone chooses not to follow BYU’s COVID-19 safety requirements, on-campus privileges will be restricted. To date BYU has imposed disciplinary measures for 15 students who refused to follow these requirements.

When asked for a comment, one of the creators of Young/Dumb referred FOX 13 to the official statement.

In a video posted to his personal Instagram account on Saturday, he indicated he is not going to stop holding events and argued restarting the economy will prevent a prolonged recession.

“I am using my platform right now, for the people of Provo, to get you guys to literally open your eyes and recognize that we should not follow these mandates. We should not be social distancing. We need to be the city that pushes everybody to fully reopen,” he said in the video.

The health department arguesthat flouting guidelines set by doctors and medical experts will only cause greater harm.

“Having parties like this, there is an absolute potential to have the opposite effect to the economy by affecting so many people,” Tolman-Hill said.

The health department added it does not want to shame party goers and hopes young adults realize their actions have a significant impact on the Utah County community and beyond.