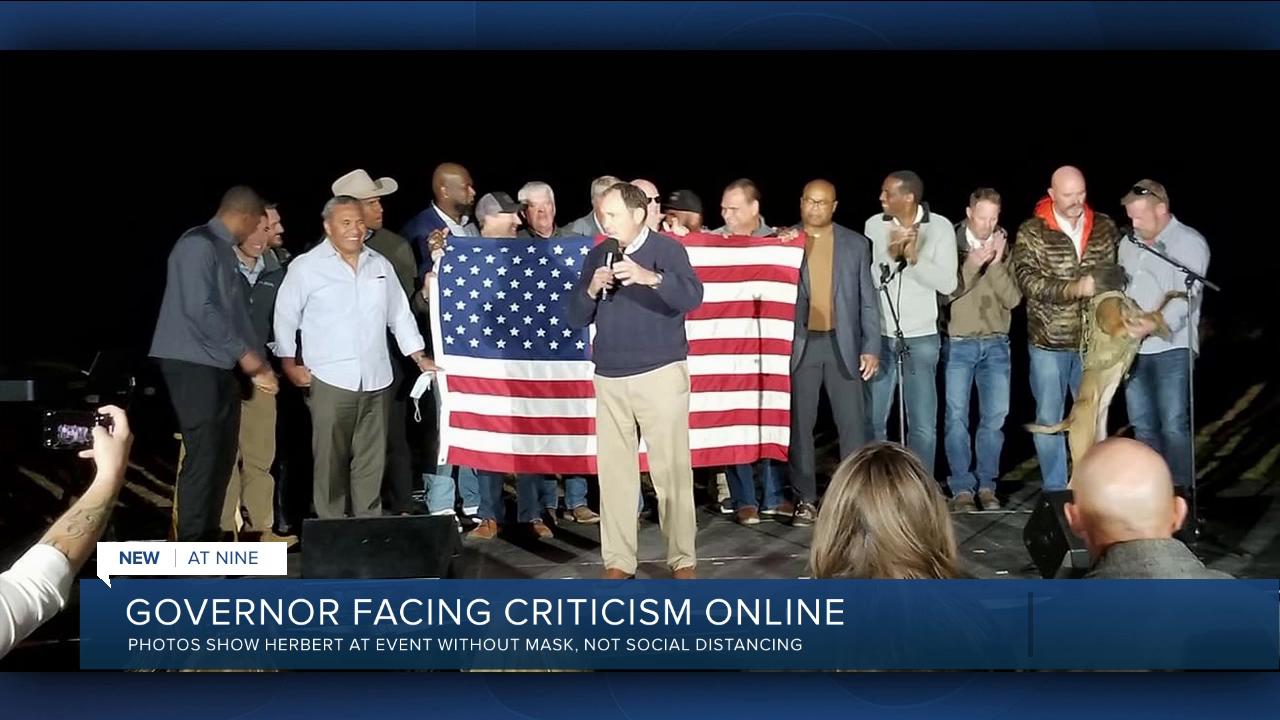 Utah Governor Gary Herbert is facing criticism for pictures showing he did not follow health precautions at a large outdoor private party in Utah County.

Lee snapped pictures of Herbert without a mask and failing to physically distance Wednesday night.

“I only took those pictures because he didn’t live up to the expectation he expects us to live up to,” Lee said.

More than 100 people attended the private outdoor event including former Secretary of the Interior Ryan Zinke.

Since the pandemic, Governor Herbert repeatedly urged Utahns to follow health guidelines to control the virus.

“Masks are like seat belts, they only work if you use them,” Herbert said at a press conference one day after the event.

Several witnesses tell FOX 13 the governor did wear his mask for several hours at the event, but he took it off while speaking to the crowd and for roughly 10 minutes while taking pictures and mingling.

In a statement, his office wrote: “Mask wearing does not come naturally to any of us, but every day we bring a mask with us when we leave the house, we get a little better at it. In this case, practice can make perfect, for all of us.”

Governor Herbert is regularly tested for COVID-19. Test results came back negative Friday, according to a spokesperson.

This is not the first time Governor Herbert has faced criticism during the pandemic. In July, pictures showed a private party at the governor’s mansion when Salt Lake City was in the "orange" restriction level.

Witnesses said they saw half of attendees wearing masks.