Weekly look at COVID-19 cases by county in Utah 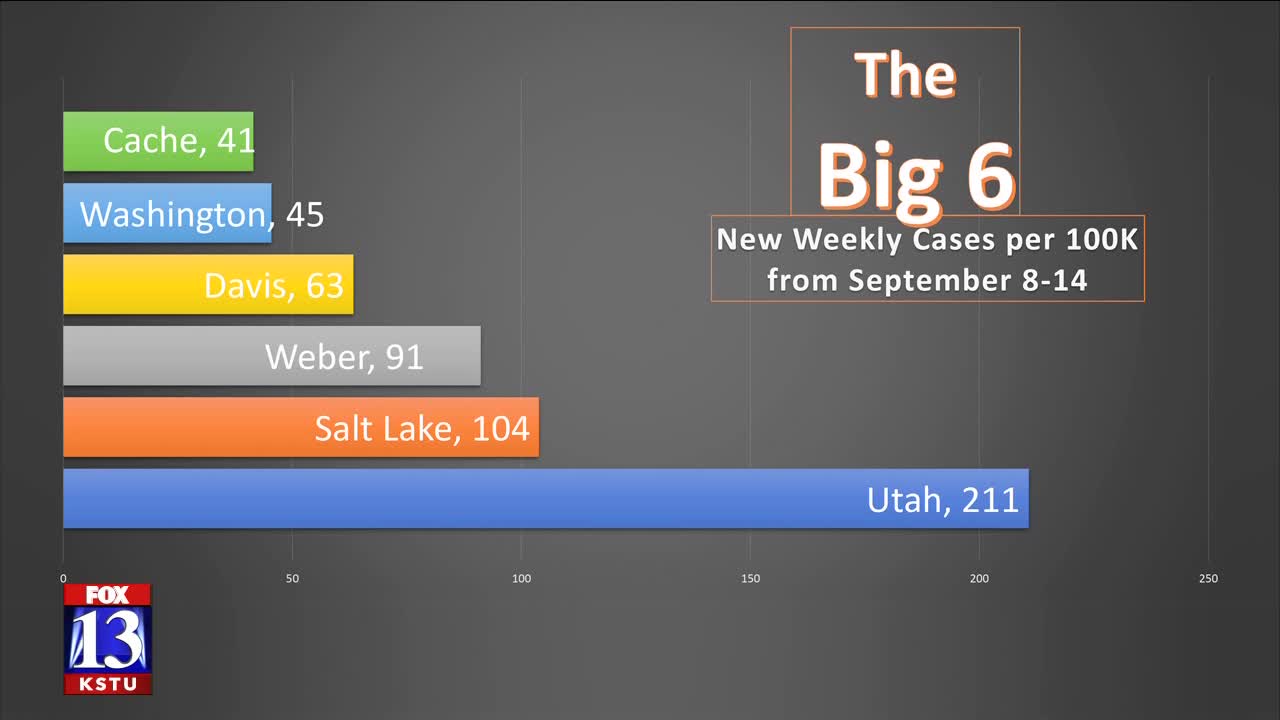 Twelve counties saw more COVID-19 cases between September 8 and 14 than they did in the previous seven days, but it’s the sheer number of cases from Utah County that have contributed to the state’s new spike.

SALT LAKE CITY — Twelve counties saw more COVID-19 cases between September 8 and 14 than they did in the previous seven days, but it’s the sheer number of cases from Utah County that have contributed to the state’s new spike.

Looking at every county with at least one new case, the surprise is Daggett — Utah’s smallest county by population that saw its first case on Wednesday.

Now, all of Utah’s 29 counties have seen at least one case of COVID-19. The case rate for a county as small as Daggett is actually unfair. With only 1,073 residents, one case is a high rate for a week. That’s why we don’t do a lot of statistical looks at small populations.

Utah’s midsize counties had a good week, with the exception of Summit County. They’ve been steadily adding cases in recent weeks.

Utah County is the real story here, as acknowledged by the state epidemiologist Angela Dunn in a prepared statement. Utah has had higher rates than the other big counties since mid-July, but this week they actually had more cases in absolute numbers than Salt Lake County. That’s extraordinary because Utah county has half a million fewer residents.

The "big six bounce" is a simple formula to show how counties are doing week to week. It’s a simple subtraction of their rate per 100,000 minus the previous rate. A positive number is bad, and negative is good — hence the golf balls (because it’s scored like golf).