Fact, fiction or fudging: Was Ben McAdams truant on Human Rights Committee and does he take orders from Nancy Pelosi? 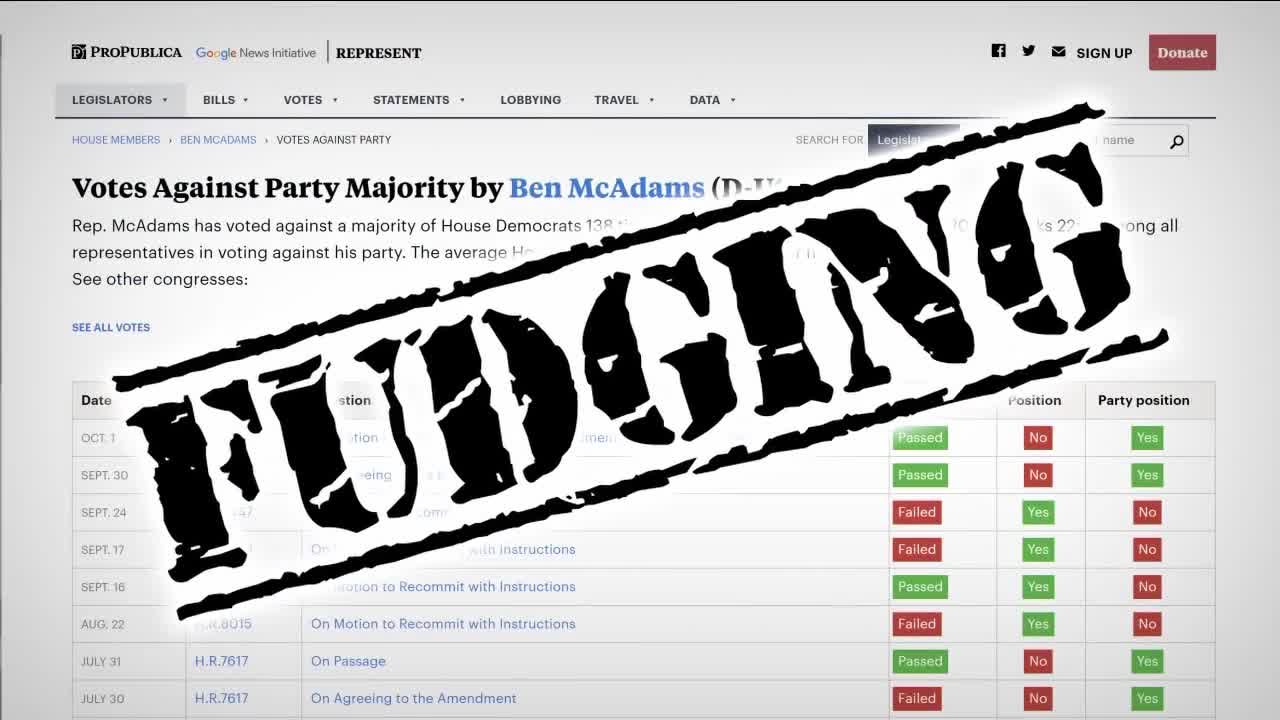 The race for Utah's Fourth Congressional District brings a barrage of attack ads every two years because it is one of the few districts in the country considered up for grabs.

SALT LAKE CITY — The race for Utah's Fourth Congressional District brings a barrage of attack ads every two years because it is one of the few districts in the country considered up for grabs.

This time around, the ads from a Democratic super PAC against Republican nominee Burgess Owens have focused on a history of personal bankruptcies. We fact-checked the claims made in those ads in September.

The latest round of negative ads goes after Ben McAdams on two fronts. In one, the Congressional Leadership Fund, a GOP super PAC, says McAdams neglected his responsibility as a member of the Congressional Executive Commission on China by missing more than half of the group's meetings.

We call the claim fudging, which is our way of expressing the middle ground between fact and fiction. The ad lists five dates of "meetings," choosing the word carefully because four of the meetings were official hearings. McAdams missed two of them.

The fifth meeting listed was a roundtable in which a group of experts faced the audience to make a presentation and answer questions. Some members of the committee would approach a podium to ask questions in a setting that did not resemble a congressional hearing.

Further commission records show McAdams advocating with other members on various issues along with co-sponsoring legislation produced by the group.

Another pair of ads, one from the same super PAC and the other from the National Republican Congressional Committee, say that McAdams is a wolf in sheep's clothing in the sense that he votes with "Nancy Pelosi" 85 percent of the time. The Congressional Leadership Fund says "Nearly 9 in 10 times." That second one is a bit of favorable rounding, but the essence of both claims is a fact.

The problem with the ads comes in the use of the fact without context. Both cite ProPublica as the source for the claim. ProPublica's site makes clear that McAdams votes against his party more than all but one of his Democratic colleagues.

In other words, the ads use an isolated fact from a source that uses the same fact to make the opposite point.

Political ads often ignore nuance, which is another way of saying they are fudging.