Kamala Harris arrives in Utah ahead of VP debate, visits 'This Is The Place' monument 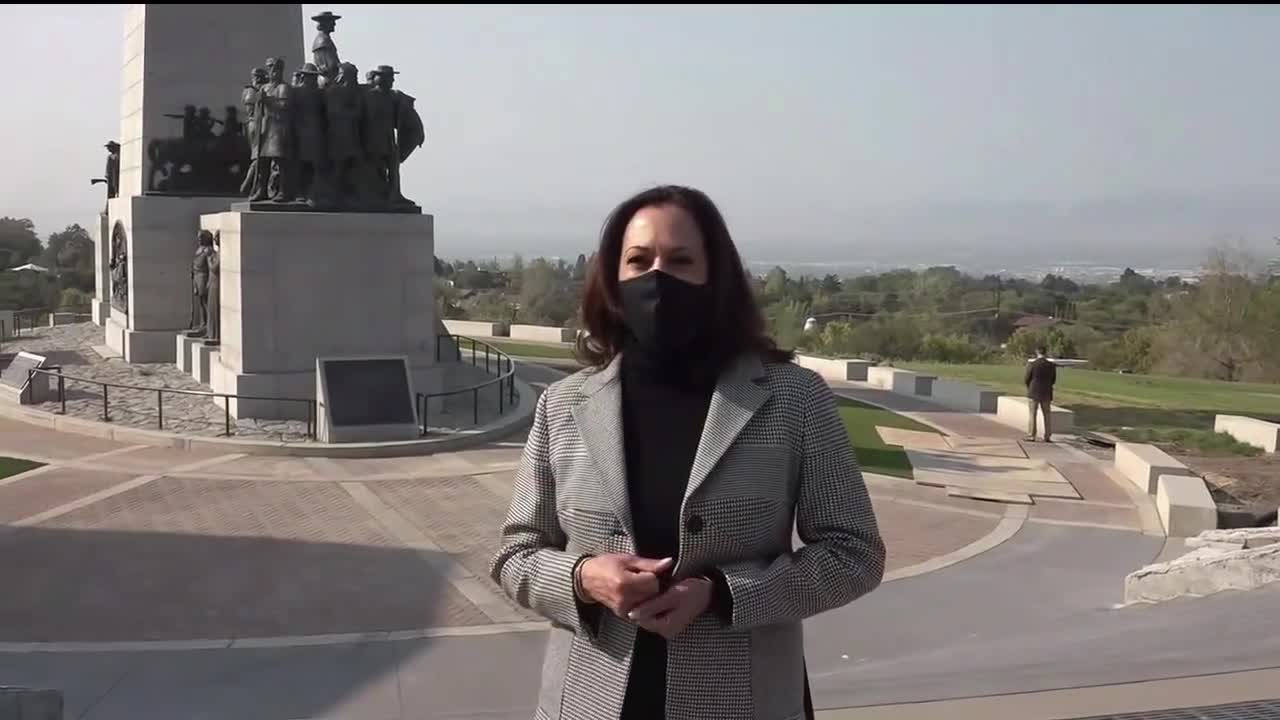 Democratic vice presidential candidate Kamala Harris has arrived in Utah ahead of next week's debate. 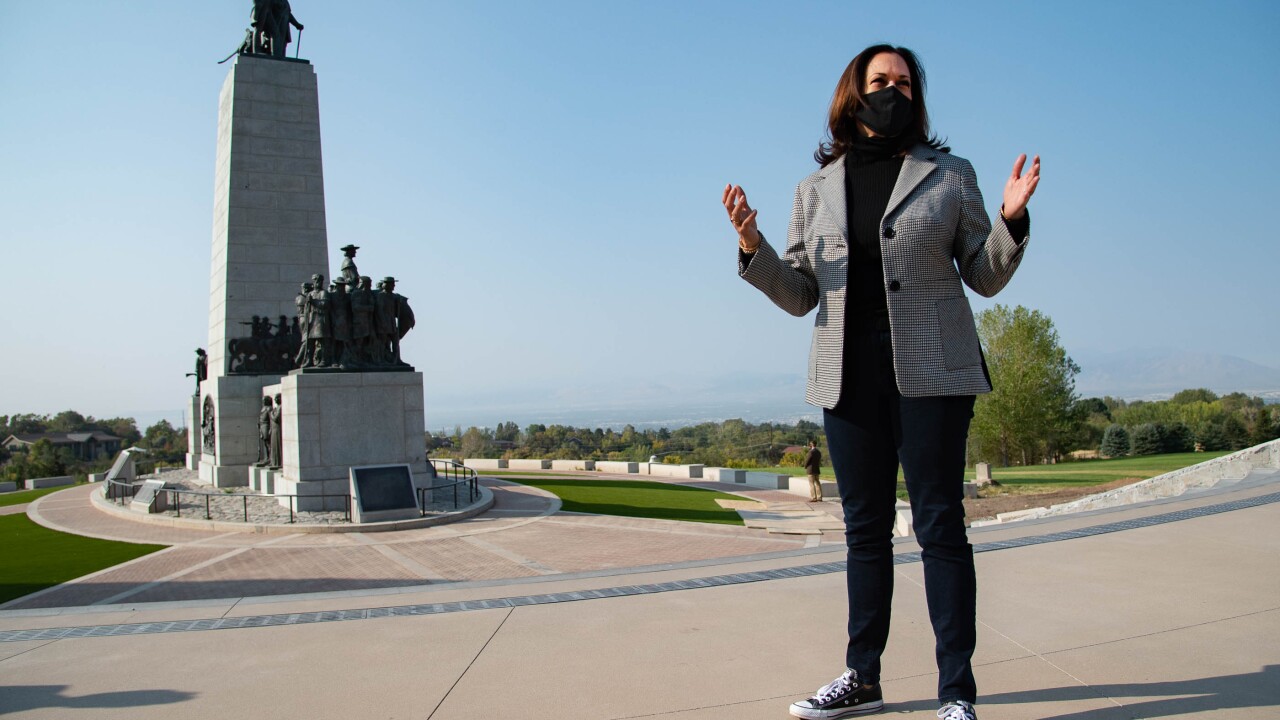 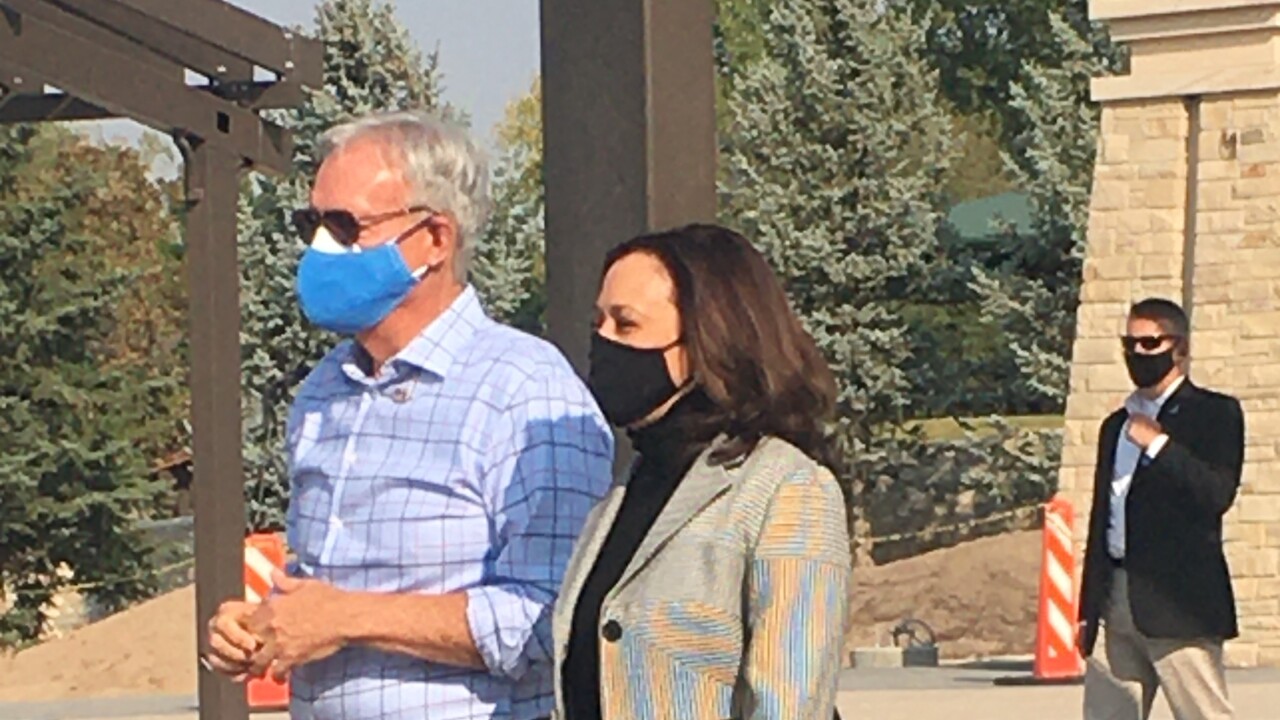 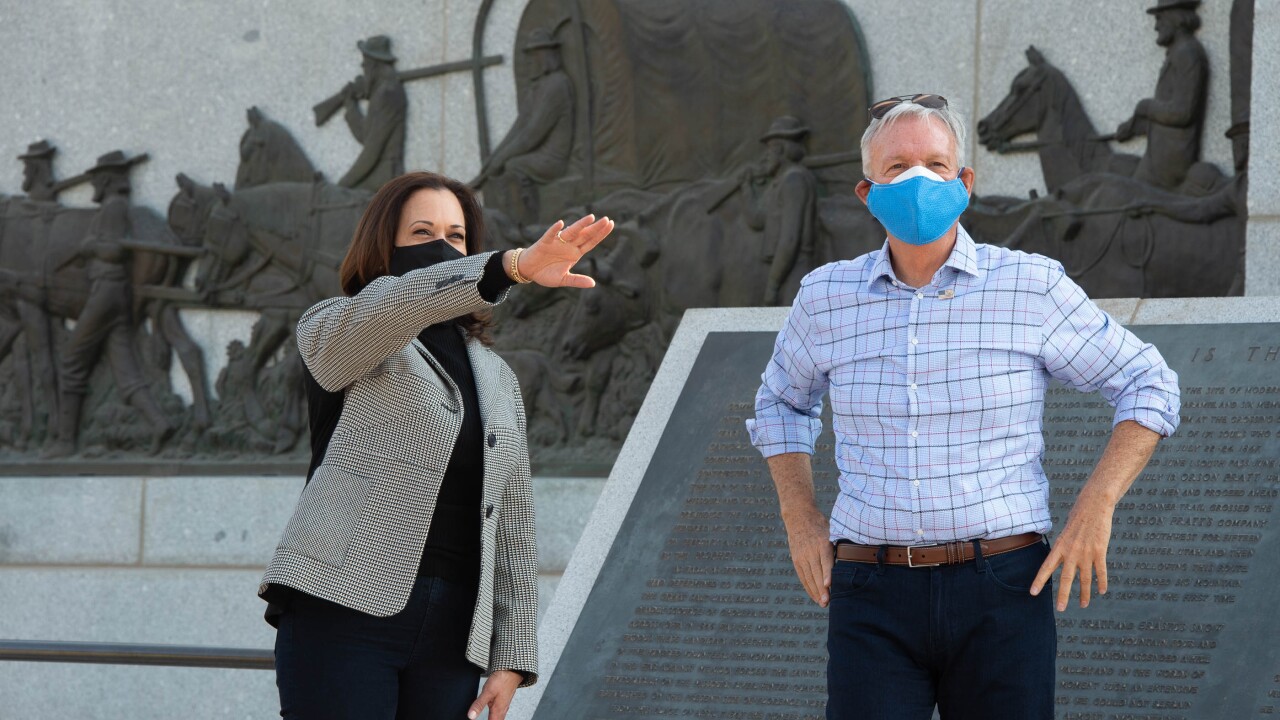 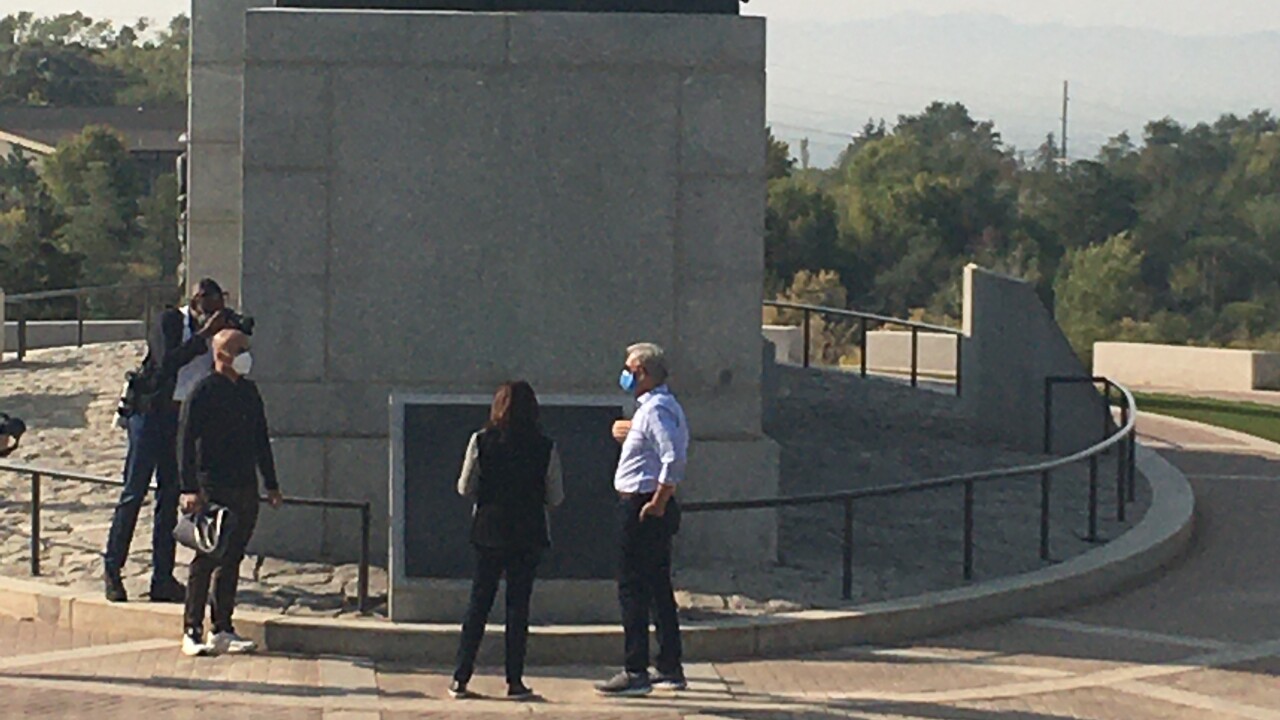 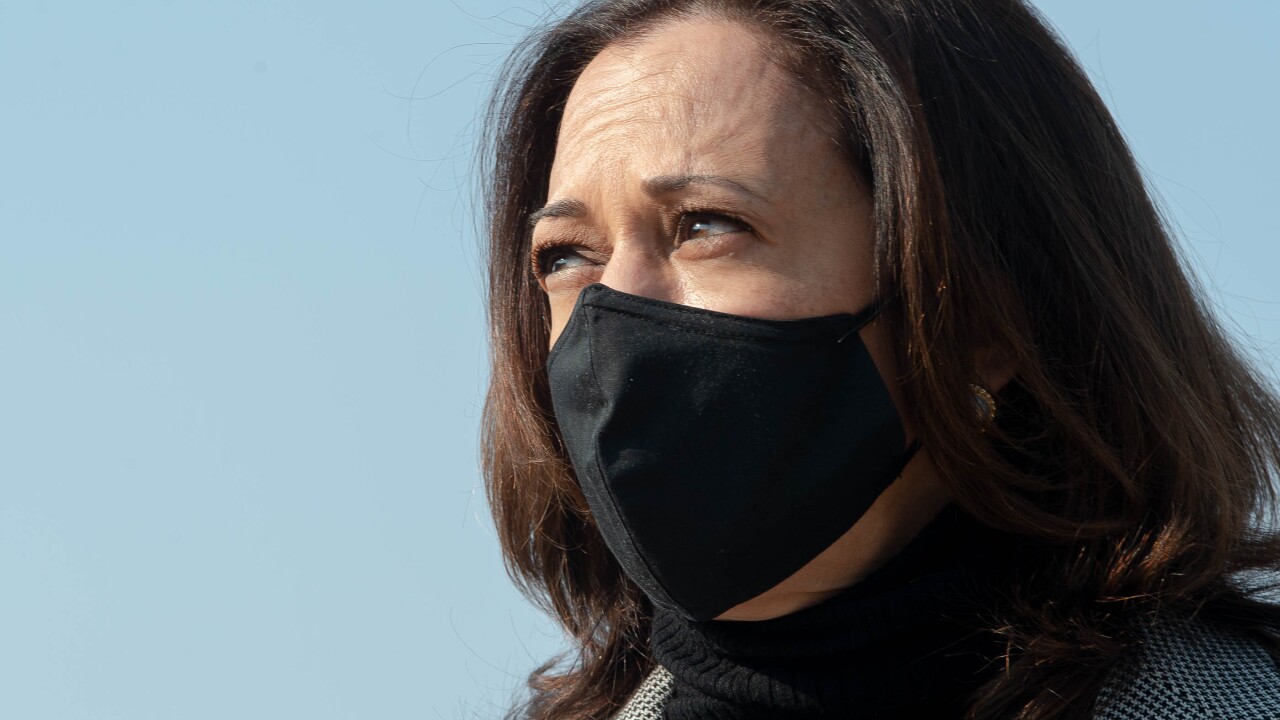 SALT LAKE CITY — Democratic vice presidential candidate Kamala Harris visited This Is The Place Heritage Park Saturday ahead of next week's debate at the University of Utah.

She met with former Utah State Senate Minority Leader Scott Howell, who is involved with the Biden campaign in the state, to tour the cultural site.

"She wanted to feel and see the spot where it was and what happened," Howell said. "She really came out to learn more about the community and the state and the faith."

This Is The Place celebrates the Latter Day Saints' arrival in the Salt Lake Valley in 1847. The park is named after the famous words said by Brigham Young upon entering the valley.

"She was very interested in learning the history of the great state of Utah," Howell added.

He walked Harris around the park and shared the significance of the various memorials to the early pioneers.

"She really was touched about the spirit of the women who came across and their drive to never give up," he said.

Harris related the pioneers' journey into Utah to the general spirit of America and the ideals her campaign is pushing for today.

"They were essentially immigrants," Harris said. "They were fleeing persecution. They were fighting for religious freedom."

Harris said that just like the pioneers, modern Americans have to fight for what they believe in.

"Let's do the work that is necessary," she said. "Let's continue to fight for our ideals and our values, and in this case what they fought for so many years ago."

According to her campaign team, Harris will remain in Utah for the next few days as she prepares for the upcoming vice presidential debate on Wednesday.

"This is a hard working Berkeley grad!" Howell said. "I'll bet you she does six to eight to 10 hours a day of debate prep."

With the president and several others recently testing positive for COVID-19, the University of Utah is taking extra precaution and will space the candidates 12 feet apart at the debate. Both Harris and Vice President Mike Pence tested negative for the virus in the last couple of days.

At this point, Harris has no public events scheduled prior to the debate.

Pence is expected to arrive in Utah on Monday.