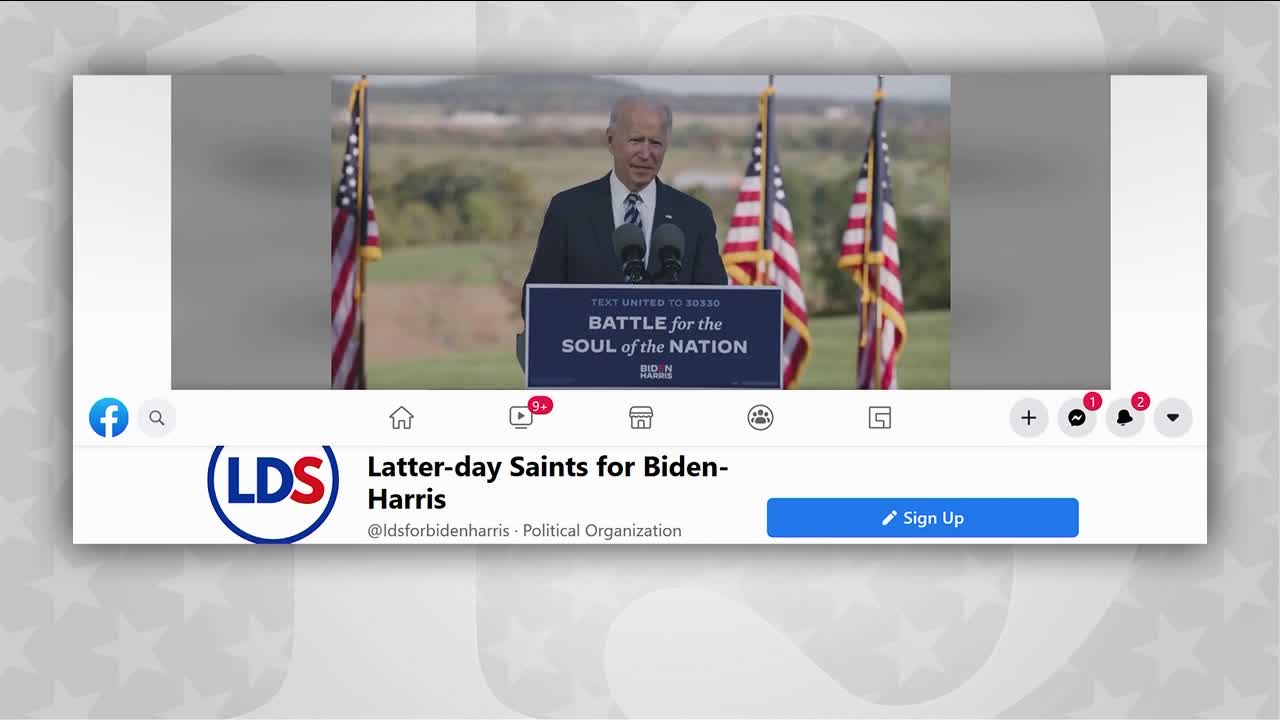 SALT LAKE CITY — Members of the Church of Jesus Christ of Latter-day Saints who campaigned for Joe Biden during the 2020 election believe a shift in beliefs among church members could amplify their voices.

An organization called “Latter-day Saints for Biden-Harris” spent two years working to get the former vice president elected to the White House.

“If you are a Latter-day Saint who is voting for the Democratic nominee for president, it's easy to feel outnumbered in your home ward,” Taber said. “Some of the common themes we’ve seen among our supporters is Joe Biden is a man of faith with tremendous empathy.”

Taber is encouraged by early analysis of the 2020 election results.

In 2012, Democrat incumbent President Barack Obama secured just 25 percent of the vote in Utah. Hillary Clinton increased that number to 27 percent in 2016.

“Joe Biden has received the most votes in Utah – or the highest percentage for a Democratic nominee for president in Utah since 1964,” Taber said.

Biden also defeated President Donald Trump in nine precincts in Utah County, one of the deepest red counties in the state.

“That’s new this year,” Taber said. “That’s the 1st time a precinct in Utah county voted for the Democratic nominee in decades.”

Only time will tell if these results indicate a shift in ideology or a rebuke of the policies and actions of President Trump.

But, if results like this continue or move even further away from the Republican Party, Taber believes church members of all political ideologies will benefit.

“The national Republican Party tends to take Latter-day Saint voters and volunteers for granted,” Taber said. “As we show we are more independently minded voters, we need to be courted, we need to have politicians who match our values, that only increases our position nationally.”