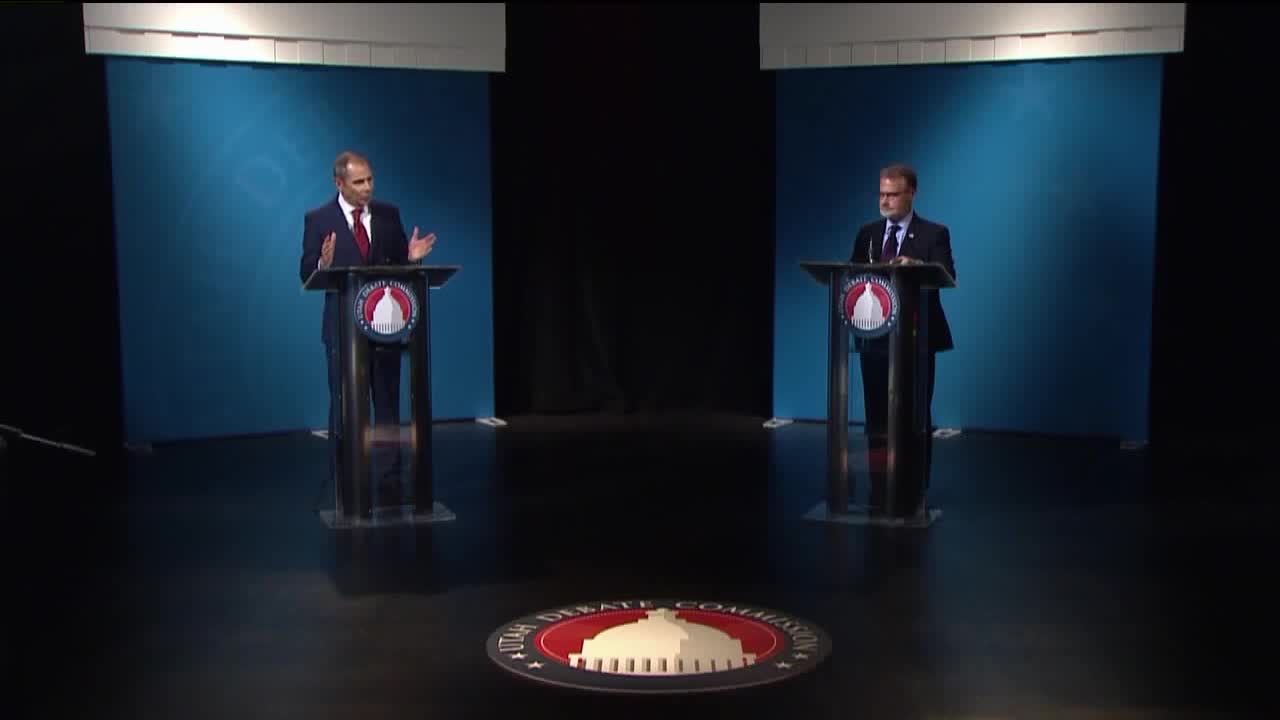 But where the two found agreement over some things like rural needs and some regulation of social media companies, they also had some terse exchanges as Thorpe repeatedly tried to go after Curtis for his record in Washington, D.C.

"I believe that climate’s changing and man’s having an influence over it," Curtis said when asked about the subject of climate change and his bills to address environmental issues.

"I’m very troubled by the congressman’s record on voting. Yes, he’s put forward some legislation he mentioned, but in fact, he’s never voted for a bill that’s designed to reduce carbon emissions," Thorpe said in his response.

"Devin, I give you a little challenge to find one of those bills that you’re referring to that had more than two or three Republican co-sponsors," the congressman said of Democrat-led climate bills that did not include GOP input.

Later in the debate Thorpe also tried to press Curtis on GOP efforts to repeal the Affordable Care Act. Curtis, who is known as a moderate in Congress, swatted it away.

"The ship has sailed, Republicans tried to repeal. It was unsuccessful. That question is off the table and to be more successful, no, not without a replacement," Curtis said. "It is an absolute fabrication and lie and anybody that says it is lying or believe someone is lying, that somehow Republicans don’t to protect pre-existing conditions or somehow I have voted to remove pre-existing conditions."

Curtis rebuked his opponent for it.

"Devin, if you want to be the type of politician that you say you want to be, you cannot cherry pick a bill, go down deep inside and find one provision that I opposed that had tons of bad provisions and somehow make the conclusion you know how i feel about an issue," he said.

The Utah Debate Commission's poll that set the threshold for participation finds Curtis with a 30-point margin over Thorpe in the race. The 3rd Congressional District is arguably one of the most conservative in America, stretching from deep-red Utah County down to San Juan County (which has become a little more purple).

"We are in a difficult district. But I am not running as a protest candidate," Thorpe told reporters afterward. "I’m not running to raise issues. I am running to be the congressman. I am convinced we can do that."

Curtis insisted he was not resting easy.