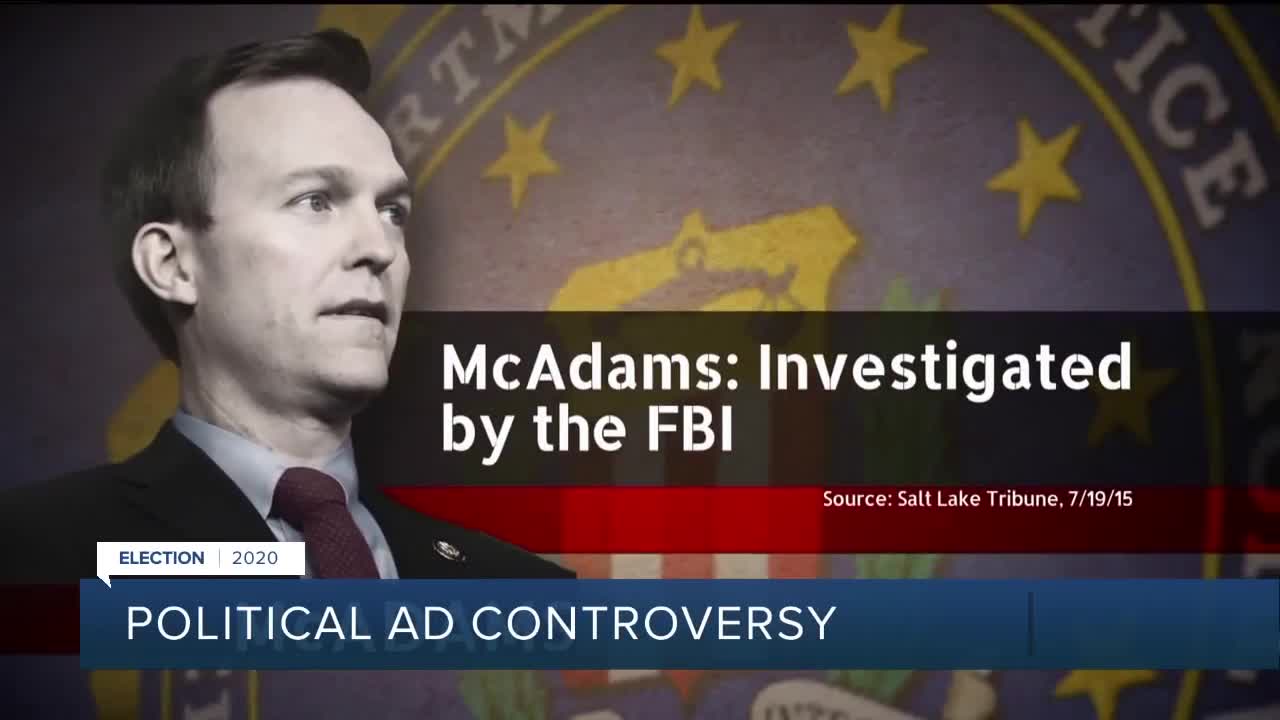 SALT LAKE CITY — Congressman Ben McAdams and his opponent Burgess Owens are speaking out after the Deseret News pulled down a political ad they say “fell short” of their advertising standards.

The Deseret News retains the right to deny any advertisements on their website, but Owens' team wonders why it happened five days before the election.

An Owens campaign spokesperson said they were asked to remove the line "Ben McAdams was investigated by the FBI" from the ad in question.

FOX 13 was the first to report the FBI investigation back in 2015.

Accusations had been made by former state lawmaker Justin Miller against then, Salt Lake County Mayor McAdams.

"[Miller] tried to divert law enforcement’s attention and made bogus allegations against me. That matter was thoroughly investigated and I was cleared completely." said McAdams on Thursday.

In the end, Miller pleaded guilty, while an FBI special agent confirmed "they found no evidence of wrongdoing on the part of Ben McAdams."

"This chapter was an especially stressful time for our family and ultimately we were able to be cleared." said McAdams.

The Owens campaign pointed the finger of blame back at the McAdams campaign as the ones putting out untruthful ads.

"Ben McAdams, with a straight face, accused his opponent of wanting to drop a nuclear bomb in Utah. Like I can’t think of anything more crazy, outlandish, spoof of an ad," responded Jesse Ranney, an Owens campaign spokesperson.

In a statement, the Deseret News said they have run Owens' ads this campaign season and have not "ceased taking advertising from the Owens campaign or other political candidates." It was just the ad "posted this week" that "fell short of [their] advertising standards."

"I think the overarching problem that we noticed is some blatant media bias from the Deseret News." said Ranney.