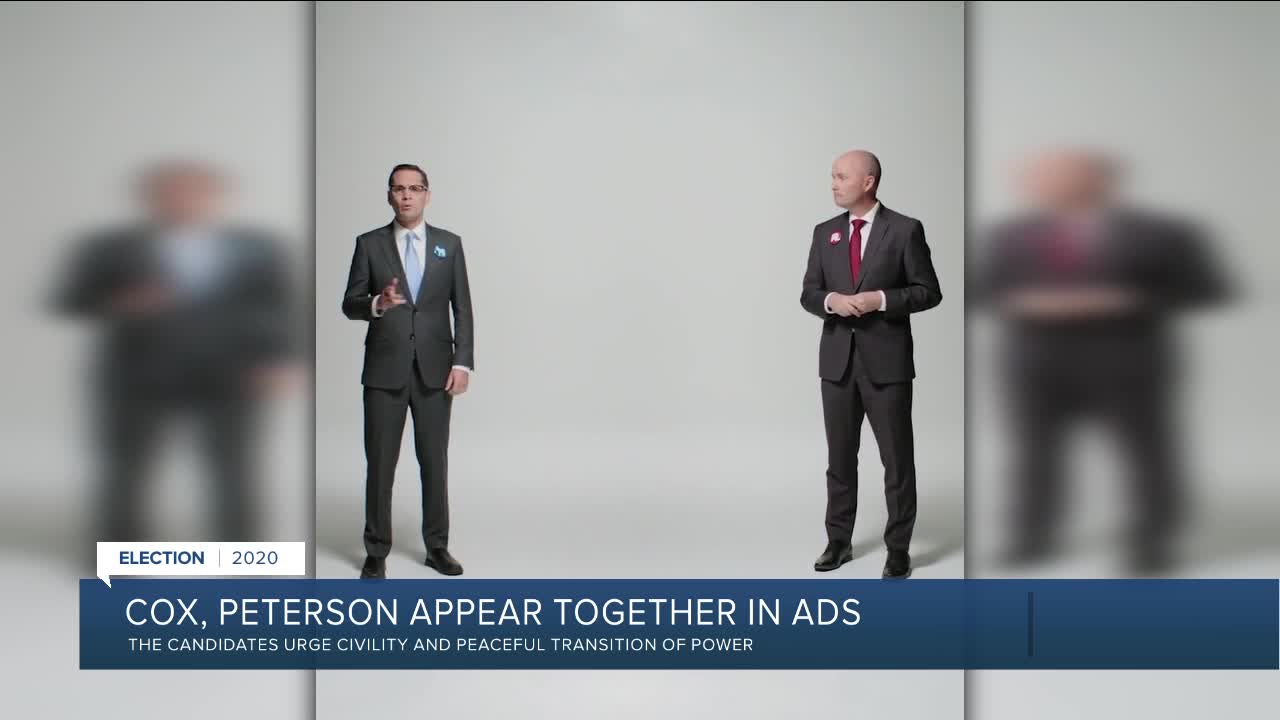 The ads are stunning in the fact that in 2020, the two candidates appear together and share a joint message. 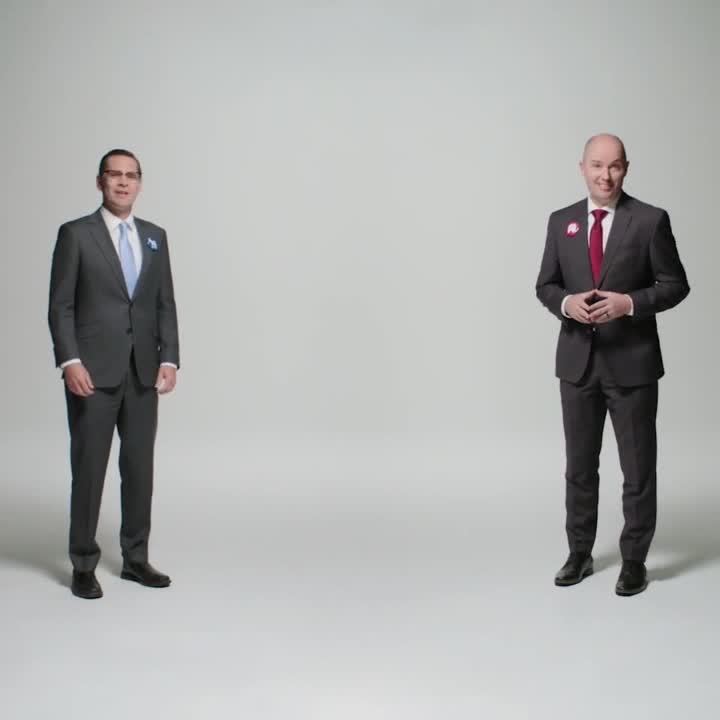 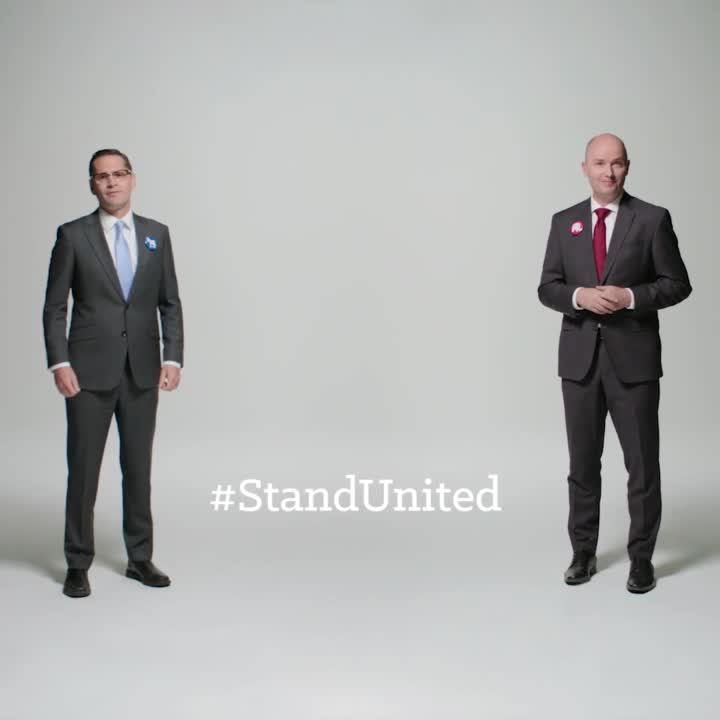 SALT LAKE CITY — The ads are stunning in the fact that in 2020, the two candidates appear together and share a joint message.

Democrat Chris Peterson and his Republican opponent, Lt. Governor Spencer Cox, stand six feet apart (social distancing rules) and acknowledge they're running against each other for Utah governor in a very competitive race. But they share the same message in urging people to be civil.

"There are some things we both agree on," Cox says in the ad.

"We can debate issues without degrading each other's character," Peterson says.

"We can disagree without hating each other," Cox adds.

Peterson, Cox call for Utahns to support civility in debates

In another ad, both candidates agree to "fully support the results of the presidential election." Cox says they commit to a "peaceful transfer of power" and ask Utahns to "stand with us."

The public service announcements were paid for in part by both campaigns, FOX 13 is told. They will be offered to TV stations across the state to run.

The PSAs come at a time when Utah, and America, are at a flash point. President Trump continues to question the legitimacy of the election and whether he will accept the results, if he loses. For the Republican and Democratic candidates for Utah, a red state, to appear together, is a signal of a slight rebuke of Trump.

The ads end with the hashtag #StandUnited.