The cost of hosting a vice presidential debate during a pandemic 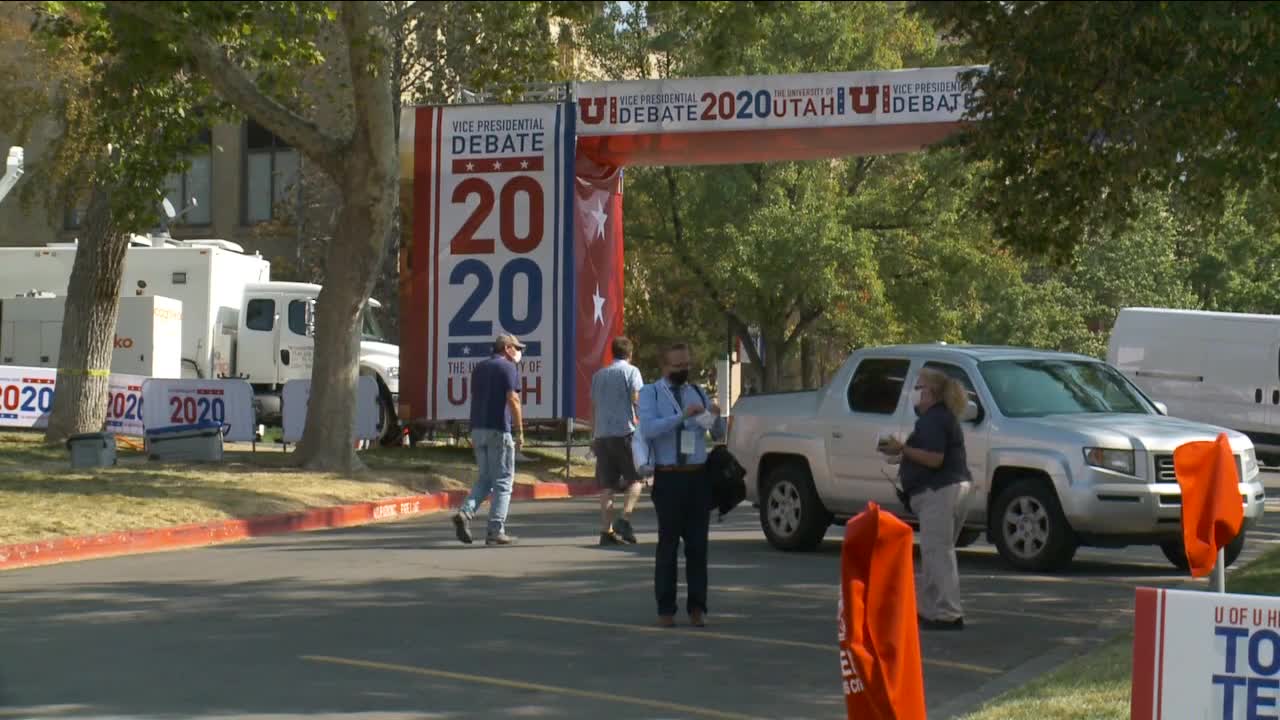 Wednesday's vice presidential debate will cost the University of Utah and the Utah Debate Commission between $5-6 million.

SALT LAKE CITY — Holding a debate during a global pandemic is not what the University of Utah expected when the university won the right to host the 2020 vice presidential debate.

The event, which Nelson says will cost the university and the Utah Debate Commission between $5-6 million, has been downsized because of COVID-19.

Instead, about 200 members of the media from out-of-town have traveled to Utah for the event and a virtual watch party is planned.

Despite the challenges the pandemic has created, the university says the event is worth the cost and effort.

“It is absolutely worth it,” Nelson said. The excitement on campus, the engagement of our students in the civic process and just being able to showcase Utah.”

The exposure the Beehive State will receive on national television is what the Salt Lake Chamber believes could have a long-term impact.

“We know from past studies, there is a 13 to 1 return on investment when it comes to presidential and vice presidential debates,” said Derek Miller, president of the Salt Lake Chamber.

Miller recognizes that because nothing about this year is typical, the debate won’t have that immediate financial impact.

However, due to the recent outbreak of the coronavirus at the White House, this event could attract a television and streaming audience approaching 100 million people.

“This one has taken on an importance I think it didn’t have before,” Nelson said.

In addition to seeing the hour-long debate, those people watching around the world will see what Utah has to offer.

“The big news here is the long-term economic benefit,” Miller said. “Anyone who’s paying attention, sees those beautiful vistas and realizes they could live here too, realizes they could bring their business here too — we want to welcome them here.”