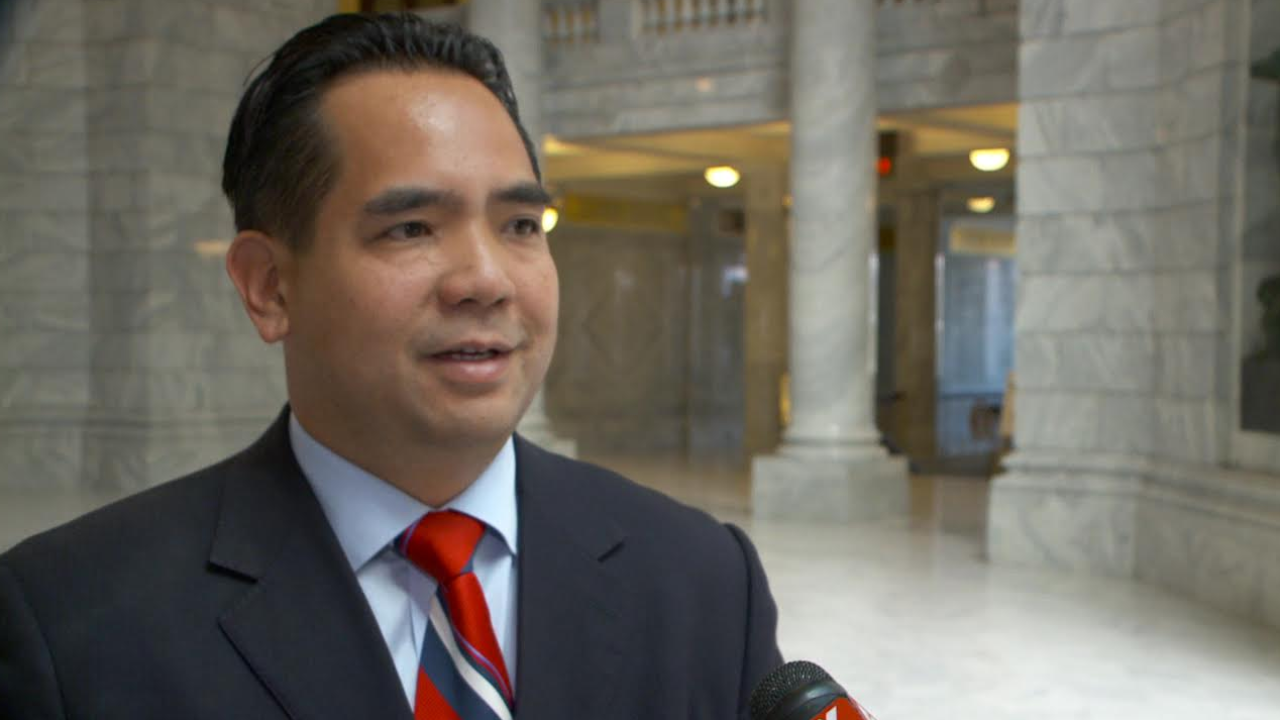 SALT LAKE CITY — Utah Attorney General Sean Reyes is defending his decision to take time off after his re-election to help President Trump's efforts to contest ballot counting in Nevada.

In a statement, the Republican attorney general said he spent a "personal weekend in Nevada to help review and advise about allegations of voting irregularities and to support efforts to see that all legal votes are counted."

Reyes said some may not like post-election scrutiny, "but it’s a right that can’t be ignored." He volunteered his time after Nevada was called by FOX News and other news outlets for Democratic presidential candidate Joe Biden.

"To be very clear, I do not think all votes in the 2020 election are compromised. Far from it. There are dedicated volunteers and election officials in Utah and in every state, who work very hard to ensure that all legal votes are counted properly. I laud their efforts and their hard work, which continues," he said in his statement.

"However, there are legitimate concerns in some very key states like Nevada that need to be examined carefully and possibly remedied. I volunteered in Nevada on my own time to review these issues up close. Some mistakes there may have been made innocently. Others appear more intentional. In either case, there is evidence of voting irregularities that may have resulted in improper votes being counted or proper votes being rejected. How many? Will they make a difference? These are the answers we are seeking."

The Trump campaign has been pursuing claims of voter fraud. However, to date, no substantial evidence has emerged, according to Politifact. FOX 13's sister station in Las Vegas, KTNV, reports that Nevada election officials have defended their vote counting process.

Reyes himself has faced criticism from his political opponents about his decision to help the Trump campaign. On Monday, the United Utah Party (which bills itself as a centrist alternative to Republicans and Democrats) blasted him and called for future attorney general races to be "non-partisan."

"Mr. Reyes has chosen to join the effort to question the integrity of the election process and put that ahead of his official responsibilities. It is one thing if he did this as a private citizen. But he is inappropriately leveraging the reputation of the state of Utah to lend credibility to President Trump's unwillingness to recognize the reality of his defeat," the party said in a statement.

"Mr. Reyes' claim that he is taking a leave of absence from his office is a charade. It is unbecoming of him to leave the state to pursue other legal activities in the wake of his re-election. He should be devoting his full time not to being a partisan operative, but to serving the people in his role as attorney general."

Reyes said in his own statement that Utahns and Americans need answers and that he will continue to work on it "on my personal time."

"And as to those who say we should ignore concerns over the process and move on immediately, it reminds me of fans rushing the field after the winning TD on the last play of the game. If the opposing coach throws a challenge flag, the game isn’t over until the officials come back, review the play and make the final call," he said. "The fans will have to watch and wait no matter how much they want it to be over and their team declared the winner."