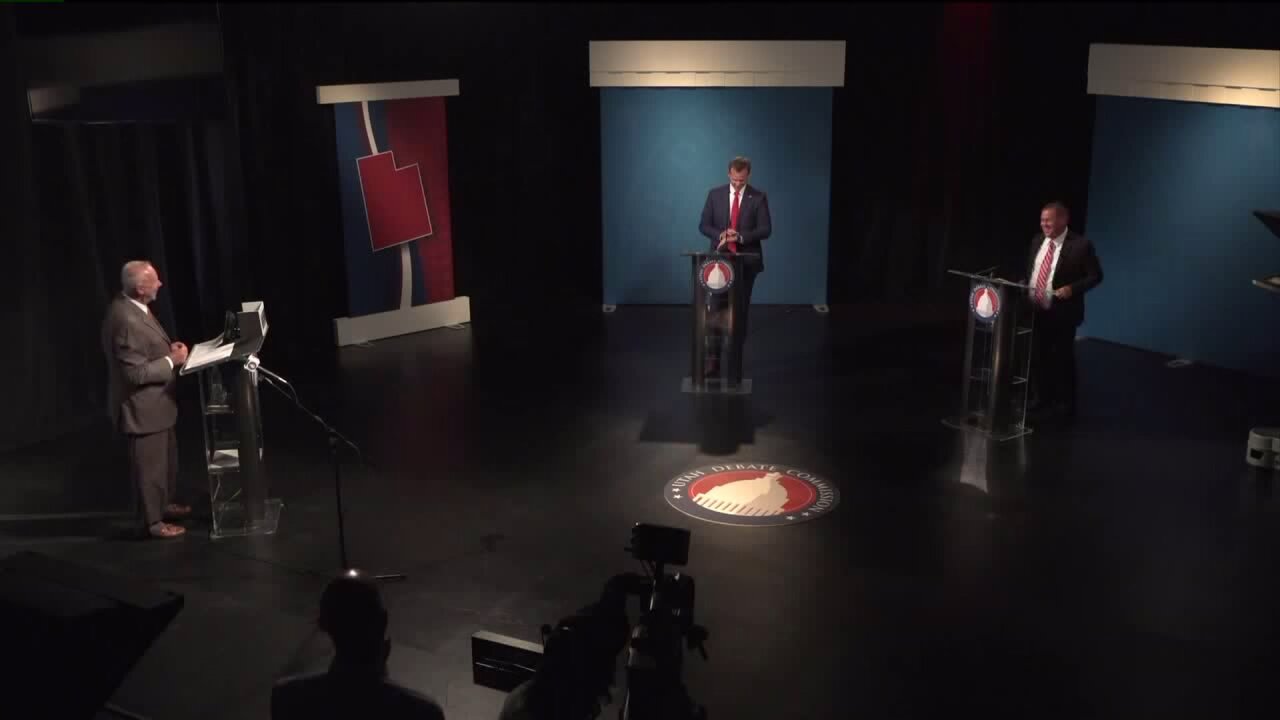 SALT LAKE CITY — It was such a civil debate, the candidates took to praising each other for how polite they were.

They both disagreed with Democratic ideas to "pack" the U.S. Supreme Court, but also disagreed with each other on whether Republicans should nominate a replacement for Justice Ruth Bader Ginsburg. They both supported Hill Air Force Base and small business economic stimulus and removing regulatory hurdles. The two candidates had faith in a COVID-19 vaccine and agreed they'd get one, if offered. They both supported better management of forest lands.

They answered questions from TV reporters and Weber State University students, highlighting their differences. One exchange over racial justice highlighted some differences.

"We need to be focused on the root cause, OK? There are too many Black Americans that are stuck in inter-generational poverty. That's the cause. You can look at socio-economic status and that's where you draw a direct correlation to crime, that's where you're going to draw more interactions with the police. Because we have too many of these brothers and sisters of our communities stuck in this situation," Moore said, adding he supported President Trump's work on criminal justice reform.

Parry pointed out that as a Native American, he has been excluded and called for more to include people of color.

"As long as you aren't Black. As long as you aren't Native American, all men were created equal. This is the system we've lived with forever," he said. "I know what it’s like to be not be heard. I know what it’s like to not have a seat at the table if we want to fix the racial injustices in this country, we have to make a concerted effort to give those marginalized groups a seat. To give them a voice."

When pressed if they disagreed with their own on parties on anything, Parry said he did not support Democrats' "big government" ideas. Moore criticized Republicans for not doing enough to curb spending and communicate they are "the party of Lincoln" to younger generations.