Why are nicknames allowed on the ballot? 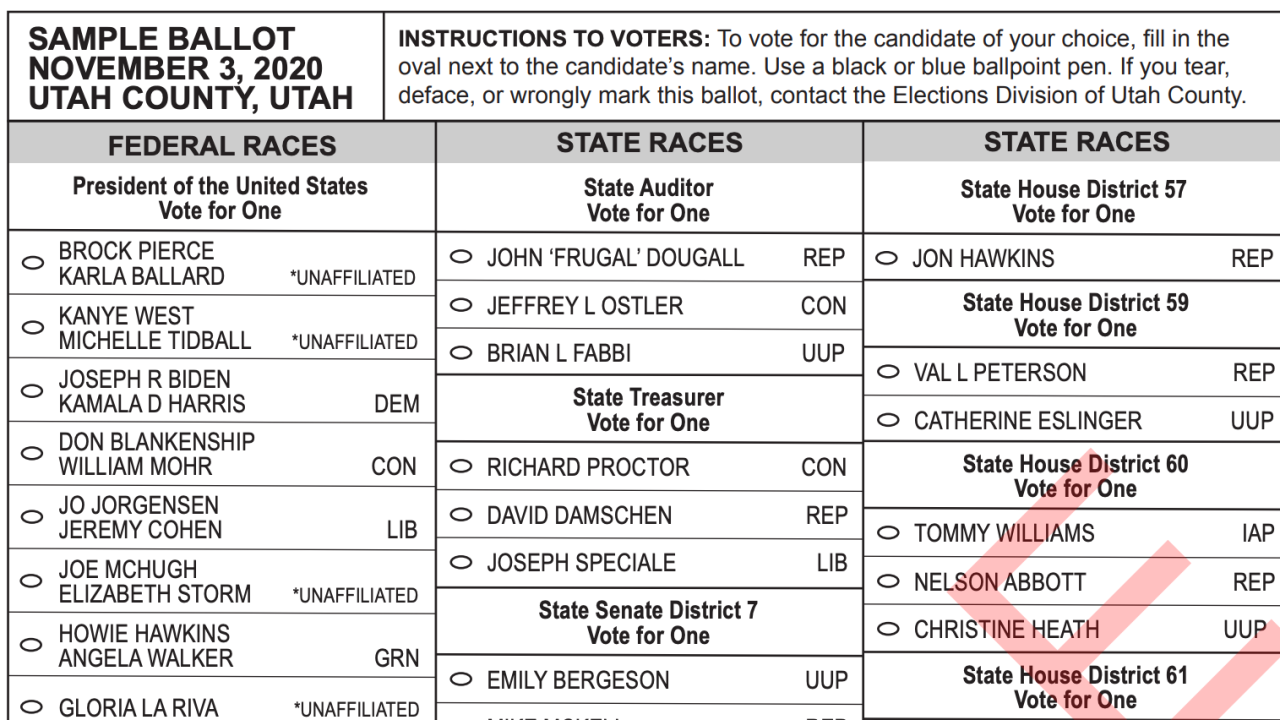 A sample ballot showing John "Frugal" Dougall on the ballot.

SALT LAKE CITY — It's a question that's showing up on social media as ballots start hitting mailboxes across Utah.

"How is John Dougall allowed to have his nickname on the ballot?" posted a user on Reddit, complaining that it looked like a political ad.

The question was shared with FOX 13 and we inquired of the Utah State Elections Office. The answer? It is allowed so long as it is a "widely known" nickname or something a candidate is known by.

For John "Frugal" Dougall, the Republican candidate for Utah State Auditor, it is a nickname that has always been stuck on his family.

"It’s been in my family my whole life, especially as the oldest of 11 children," he told FOX 13.

Dougall, who has been auditor since 2012 and is seeking re-election, said the nickname came about because they grew up frugal ("cheap" he said some called them). All of his siblings are referred to by the same nickname, as was their father. It's also been used during his time in politics, he said, dating back to his time in the Utah State Legislature.

Dougall is not the only candidate to use a nickname on the ballot to stick in the minds of voters. "Super Dell" Schanze, the former computer store owner known for his zany TV commercials, appeared on the ballot as that in 2008 as the Libertarian party candidate for governor and again in 2016 when he ran as an independent and threatened voters with the "wrath of God." "Abe Lincoln" Brian Jenkins appeared just like that in 2018 for a run for U.S. Senate (he bears an uncanny resemblance to the former president).

So if Donovan "Spida" Mitchell were to ever run for political office? He could appear on the ballot as "Spida," state officials said.