FOX 13 Investigates: Pet shop puppies might have problematic past

Where do pet store puppies come from? 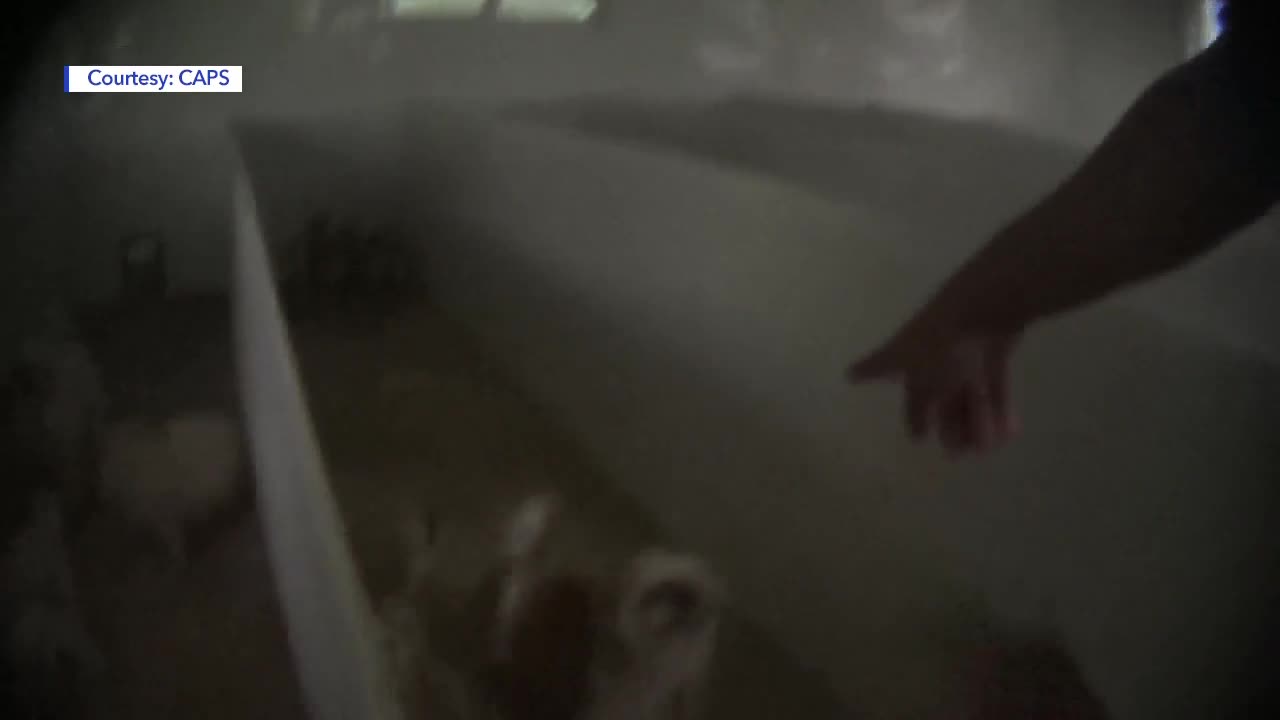 SALT LAKE CITY — Adorable fluff balls of various shapes and sizes run around in little pens, in a room with pastel colors and a fun feel.

The little beings let out yips and yaps, as they hop with puppy energy.

Some would envy Victoria Burgoyne, who played with puppies all day as part of her job at The Puppy Store in Saratoga Springs.

Victoria, who has two fur babies of her own, loves dogs.

“Come here!” Victoria clapped, to her young dog Cowboy, in her living room. Wrangling the energetic Red Heeler can be a bit of a rodeo. Her older rescue dog Timmo, on the other hand, is the calm golden child.

He patiently sat, and gave Victoria a high five on command.

The dog lover enjoyed her job of working with puppies all day long when she was hired late last summer.

“We gave them vaccines, we bathed them, fed them, cleaned up after them,” she said, adding that they mopped several times a day to keep the store clean and presentable.

Victoria occasionally took pictures and videos of the happy, playful pups. She said she worked in the back of the store.

That meant Victoria saw the dogs when they first arrived to the store. She began to notice a few things, that she found bothersome.

“The puppies arrived at all throughout the night,” Victoria said.

She described how a truck brought the dogs in, often from around the country.

“They’re really dirty when they get there,” she said. “They don't smell the greatest. A lot of times they have diarrhea when they first come in.”

After employees like Victoria bathed and cleaned the dogs, she said they’d put the dogs on the floor for sale, for upwards of $1,000 to $3,000.

If customers asked them where the dogs came from, she indicated The Puppy Store told employees not to disclose exact details.

“They tell us not to give out breeder information, they’re so adamant,” she said.

Eventually, it led to Victoria to do a little research on the dogs.

“Once in a while, I would look at the breeder information on the sheet,” she said. She was shocked by what she found.

The Puppy Store advertises online, social media, and in their stores that dogs only come from licensed breeders with registration and pedigrees.

“We would get them through a broker, which was called J.A.K.’s,” Victoria said.

FOX 13 looked up the company J.A.K.’s, and found the Iowa-based business supplies pet stores across the country with dogs from breeders. Most of the breeders appear to be located in the Midwest.

The company’s business practices have come under scrutiny before, including by the Iowa Attorney General.

One video is with a man in Wisconsin, who sells various breeds of dogs including Pekingese.

The breeder tells the CAPS investigator that he sells his dogs to a broker, who in turn sells the dogs to pet stores.

“You don`t sell them to J.A.K.`s by chance, do you?” the investigator asks.

They both walk around the man’s facility. Numerous dogs in wire-bottom cages with feces underneath bark and run around.

At one point, the man brings out a mom with matted fur, explaining that she’s about at the end of her breeding years.

“She isn’t used to being on the loose, and just, she’s in the kennel all the time,” the breeder says, explaining why the dog won’t move.

“That`s what she knows, right? Yeah,” the investigator comments.

FOX 13 found the breeder in Wisconsin, as well as other breeders, are up-to-date on USDA licenses. Facility inspection records and violations are not searchable online.

CAPS posted a video at another Wisconsin breeder’s farm. He explains how he needed to build a new building in order to get his facility up to code.

Inside one of the rooms, several puppy litters swarm about in narrow pens in the darkness. The CAPS video makes note of the lack of light in the room.

“You better have a lot of dogs and sell volume, in order to… in order to make it pay off,” the breeder says.

The investigator responds: “Otherwise it’s just not worth it.”

The man explains how USDA regulations are more relaxed, compared to State of Wisconsin regulations for breeding.

He complains that people refer to their operations as puppy mills.

“We’re fully licensed, and we have to do everything by the book,” he says.

The Humane Society of Utah argues that just because a breeder is licensed, doesn’t mean conditions for the dogs are ideal, or what some would consider humane.

“Some of them have never even touched grass or been out of that cage,” said Deann Shepherd, HSU Director of Marketing and Communications. “They're just bred over and over.”

Late one afternoon, an HSU team brought in 11 puppies from Nevada and situated them in pens in groups of two to three, in the room known as Tiny Town.

Spenser Betenson, a transfer counselor, walked from pen to pen to check on the puppies. The dogs were various breeds, and Betenson said HSU brought them in from a shelter in Elko, NV.

She explained that shelters sometimes have a hard time taking care of puppies, so HSU was happy to step in and make the several-hour round-trip drive.

HSU put the puppies under quarantine, and planned to have a veterinarian check them out before eventually adopting the puppies out.

Shepherd explained that where dogs come from can make a difference in a dog’s health and behavior.

Dogs from a breeding facility, she indicated, can end up with a number of issues.

“They have not been socialized, they have not been treated well,” Shepherd said. “Overall the parents and these puppies have behavioral problems, they can also have medical issues if they've been inbred.”

Problems that can be passed on to the people who eventually take one of the animals home.

Victoria said The Puppy Store never knowingly sold sick dogs, but she did explain that she saw puppies with health problems—including her own dog, Cowboy.

Cowboy comes from The Puppy Store, she explained. She fell in love with him, and after no one had purchased Cowboy for his $3,000 listing price, Victoria said she bought him for the sale price of $500.

According to The Puppy Store, customers can bring their dog to a vet to be checked out for any potential health issues.

That’s what Victoria did, and she said a veterinarian diagnosed Cowboy with luxating patella and hip dysplasia.

“He has stage one right now,” she said, of the hip dysplasia. “You can see when he walks, his hip sway. And when he runs a lot, he’ll start limping his back legs.”

Victoria held up a waiver she said she signed, that excused The Puppy Store from any future medical expenses in light of Cowboy’s medical issues.

In December, Victoria said she gave her two weeks’ notice, and left The Puppy Store.

Her and Shepherd’s advice: Do some digging before you add a new four-legged family member.

“Any consumer looking to add a new pet to their home needs to do their research,” Shepherd said. “Find where that animal is coming from.”

Fox 13 reached out to a veterinarian, who said that some dogs can have certain health problems no matter where the dog is coming from.

However, the veterinarian said they typically see behavioral issues and an increase in viruses and communicable diseases—like giardia and parvo—in pet store puppies.

The veterinarian suggested reaching out to a local vet for breeder or rescue recommendations, as well as bringing a new puppy into the vet before taking it home.

FOX 13 reached out to The Puppy Store several times over the course of two weeks. A media representative with The Puppy Store said on the phone that they would be happy to provide information on where the dogs come from, but never provided that information.

“The Puppy Store is proud to offer the highest level of service to our customer. We provide healthy and happy puppies from reputable, government regulated breeders. We also provide all of our customers with quality health care options.

We are proud of the work we do in the community and will always work with responsible companies that have the best interest of our puppies in mind.”