Over 40? It's time to get your mammogram 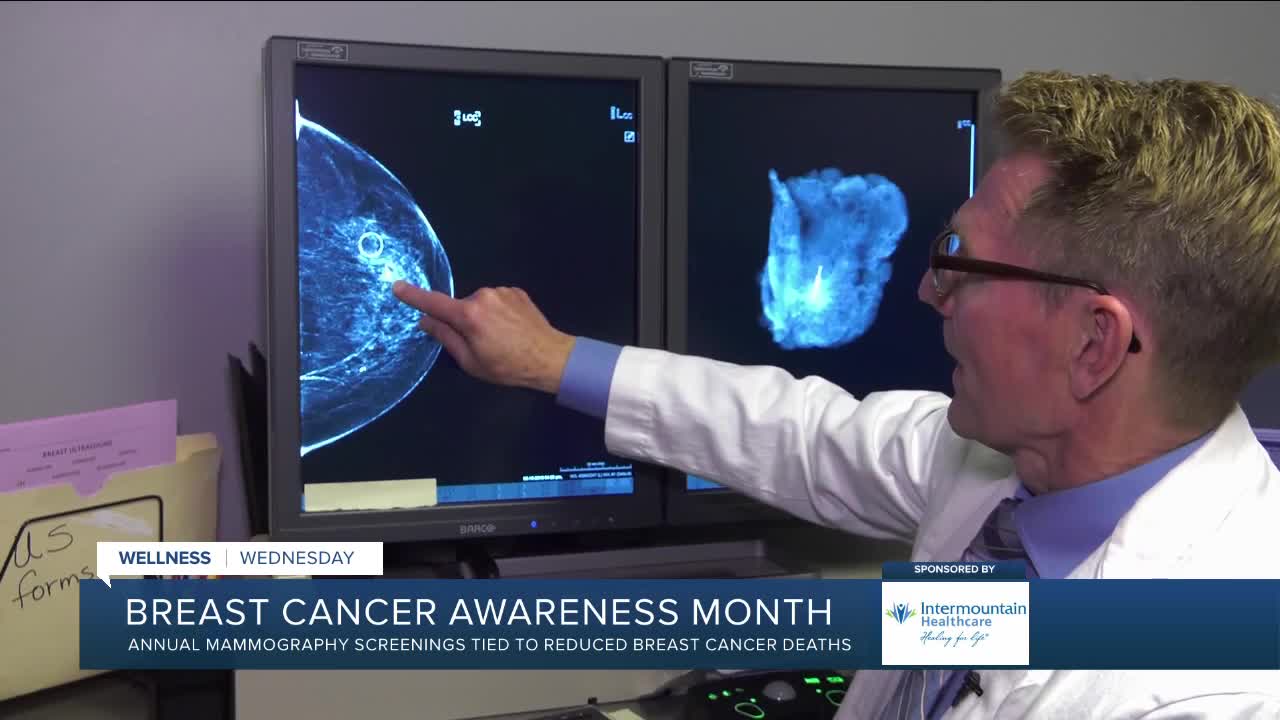 Doctors with Intermountain Healthcare stress the importance of getting your annual mammogram this year, no matter what.

Earlier this year, health systems across the country suspended nearly all screening mammography due to COVID-19. While those services have now been rescheduled, some women are skipping their annual mammogram due to concerns about COVID-19, hospital restrictions, or avoiding hospitals all together.

With October being National Breast Cancer Awareness Month, Intermountain Healthcare breast care experts are warning women about the potentially dangerous consequences of skipping their screenings for the year.

“Even though we took a pause in service, breast cancer didn’t take any such break,” said Brett Parkinson, MD, medical director of breast imaging and screening for Intermountain Healthcare. “We can’t have women waiting a year for their next screening because if there is cancer it can get out of control during that time.”

Intermountain caregivers are taking important steps to ensure patients are safe when they come to a mammography center for their screening. All patients are required to wear a face mask, and seating in waiting rooms has been reconfigured to ensure there’s proper social distancing. Caregivers also do a top-to-bottom disinfecting and thorough cleaning of every room after each patient.

Since detecting breast cancer as early as possible is key for a better outcome, Intermountain clinicians are reminding all women to begin screening mammography at age 40 and continue annually.

In recent decades the focus on annual screenings has led to hundreds of thousands of lives being saved across the nation. However, Utah continues to lag other states in the number of people being screened and again currently ranks near the bottom in the nation.

A recent study by the American Cancer Society found that deaths from breast cancer in the United States dropped by 40 percent between 1989-2017. That equates to 375,000 lives saved during this 28-year period.

“Annual screenings have proven to be the most effective way of catching breast cancer early,” said Dr. Parkinson. “And the earlier the cancer is detected, the better the odds treatment will be effective.”

Dr. Parkinson said research shows the drop in breast cancer deaths for women is directly related to the rise in regular screenings. If caught early enough, some patients will only need surgery to remove their cancer while avoiding the need for chemotherapy or radiation treatments.

Linda Warner, a five-year breast cancer survivor, caught her cancer in stage one thanks to a regular screening. Her treatment included surgery and some radiation.

“It’s scary when you first get the diagnosis but after the doctor told me there’s a 95 percent chance of survival because they caught it early, I realized how important the mammogram was,” said Warner.

In the United States there is a one in eight chance a woman will be diagnosed with breast cancer, which is the second leading cause of cancer-related death among women. However, Utah’s rate of women who undergo an annual mammogram screening is one of the lowest in the nation.

“During my career it’s been incredible to watch our efforts behind mammograms and early detection show real results in saving people’s lives,” said Dr. Parkinson. “Even with all of our technology advancements, the biggest step is getting women in for their screenings.”

To ensure screening is convenient for women throughout the community, there are several Intermountain facilities that have extended hours to accommodate nearly everyone. Intermountain Medical Center’s Breast Care Center in Murray is has even added Saturday screening appointments for people who don’t have time during the week.

Intermountain also uses two mobile mammogram units, which are being deployed around the state to make screenings more convenient, especially in underserved areas.

To schedule a mammogram, call 801-507-7840, or visit intermountainhealthcare.org/mammogram