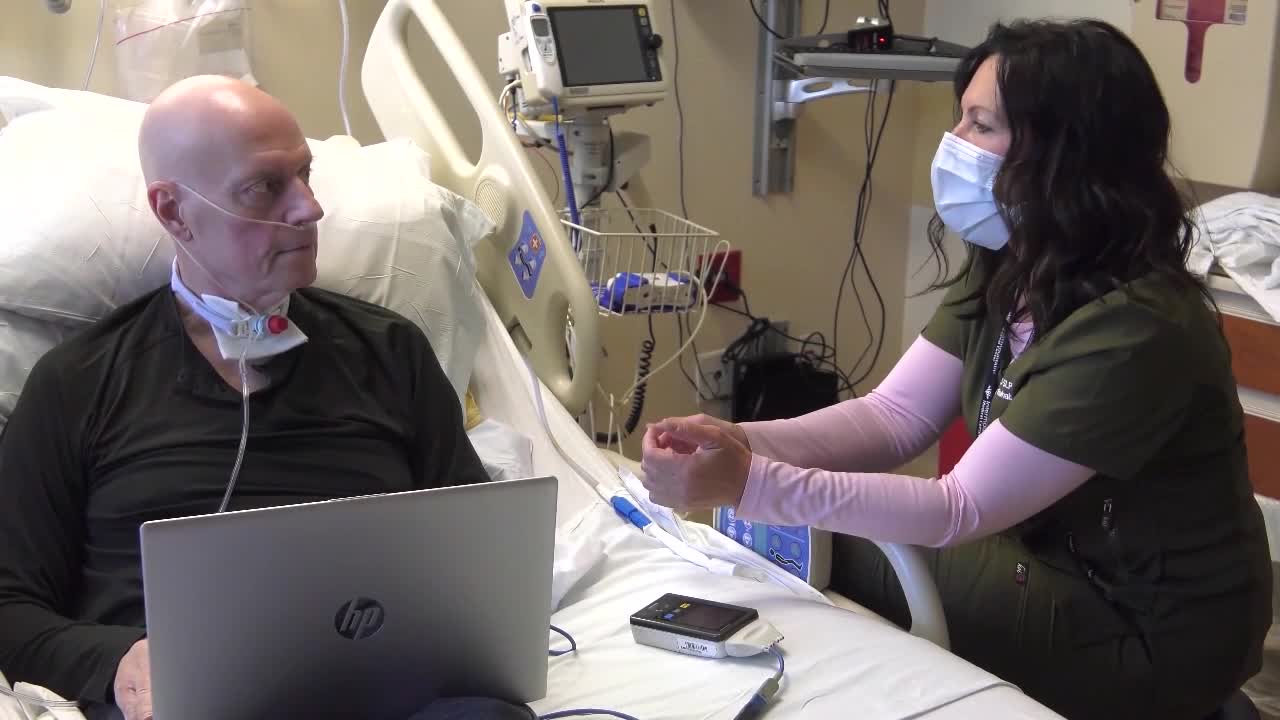 Tim Noonan, 61, has been in the hospital for 3 months due to COVID-19 and is warning Utahns to "take this seriously."

61-year-old Tim Noonan has fought a hard, long battle with COVID-19. Now, after three months in the hospital he is sharing his story.

A Park City resident, Noonan lived an athletic and healthy lifestyle, so when he began to feel ill he was worried something was wrong, especially when he started running a low grade fever.

Noonan was told he had COVID-19 and to go home to rest and Quarantine, but he was not getting better. "My fever spiked very, very high and I had shortness of breath" said Noonan. He rushed immediately to the Park City Hospital Emergency Room.

With an oxygen saturation rate of 85, Noonan was stabilized, then taken by Life Flight to Intermountain Medical Center in Murray where he was intubated and put into a medically induced coma.

Once he was hopsitalized, Tim was not only fighting COVID-19, but pneumonia, renal failure and acute respiratory distress syndrome. He lost 38 pounds during his ordeal.

Dr. Julie Lanphere with Intermountain Neurscience Institute said Tim's ability to overcome each ailment and survive is credited to how well he took care of himself. "Because of that fitness and because of his personality and who he is, that's probably why he made it through this."

But despite beating Coronavirus, Dr. Lanphere said patients like Tim may experience several long-term issues. "What makes COVID unique is that these patients have significant cognitive impairments. They have significant swallowing issues. A lot of them have traumatized vocal chords."

After 90 days in the hospital, Tim was finally released. "It changed my life. My life is going to be very different than what I thought it was going to be, um, that`s ok- I am going to accept that- I am alive and grateful for it," said Noonan.

Noonan has a strong message for those who will listen. "This is not over by a long stretch and no government, no media, no protest, no rallies are going to save you from this. If it were me and I were healthy with the knowledge I have now, I wouldn't be going out into public places and exposing my family to it. So be vigilant, wear your masks, wash your hands, stay home."