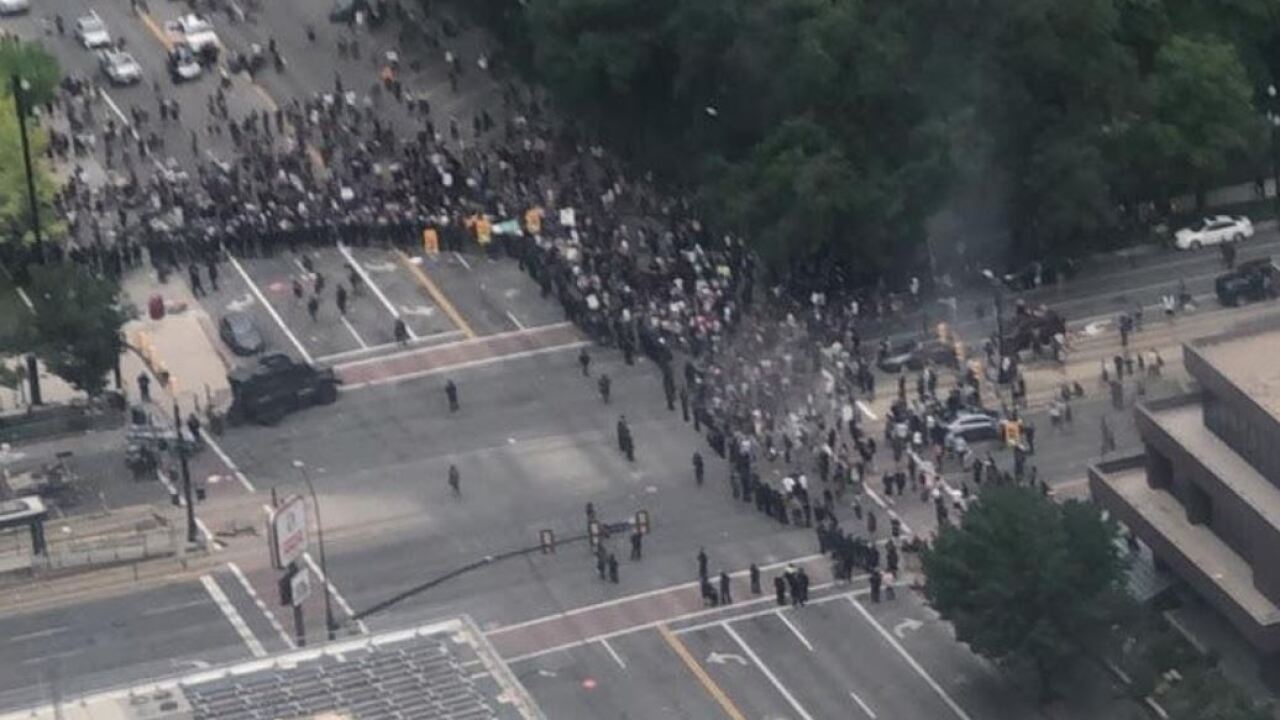 Most arrests were for "failure to disperse," Brown said, along with assault on police officers and violating the curfew imposed by SLC Mayor Erin Mendenhall.

Two vehicles were flipped over and set on fire, including an unoccupied police vehicle.

SLCPD shared photos of multiple individuals wanted for questioning in the destruction of the police car and asked for the public's help in identifying them:

We need help to identify the individuals in the attached pictures. We would like to speak with them regarding the flipping, vandalism, and burning of a Salt Lake City Police car. If you know who they are, please call 801-799-3000 and reference case 20-94360. pic.twitter.com/WzRBvQetKv

One of those injured officers was reportedly hit in the back of the head with a baseball bat. He was wearing a helmet, but was still transported to a hospital. Several were treated for heat exhaustion.

SWAT teams and members of the National Guard were called in, and Salt Lake City Mayor Erin Mendenhall issued a curfew that remains in effect until Monday at 6 a.m.