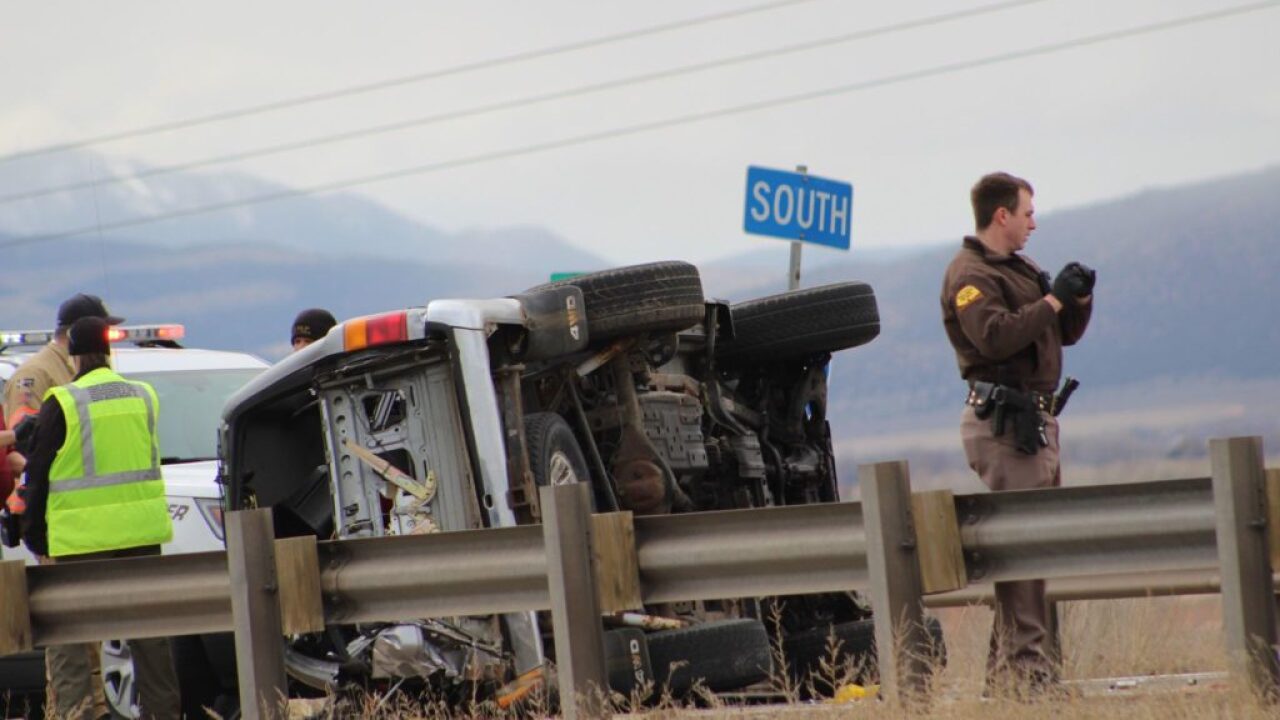 SOUTHERN UTAH — A rollover crash on Interstate 15 north of Cedar City left a 3-year-old dead, according to the Utah Highway Patrol.

At about 3 p.m. Sunday, troopers say a southbound SUV rolled at approximately milepost 62 on I-15, ejecting the child who was only restrained with a regular lap belt.

According to UHP, the 3-year-old was crying when the driver reached around to give the child a bottle. In the process, the vehicle drifted onto the right shoulder, the driver over-corrected and hit the guardrail, then rolled.

A female passenger in the vehicle sustained serious injuries, and the driver sustained minor injuries. Both were wearing seatbelts.