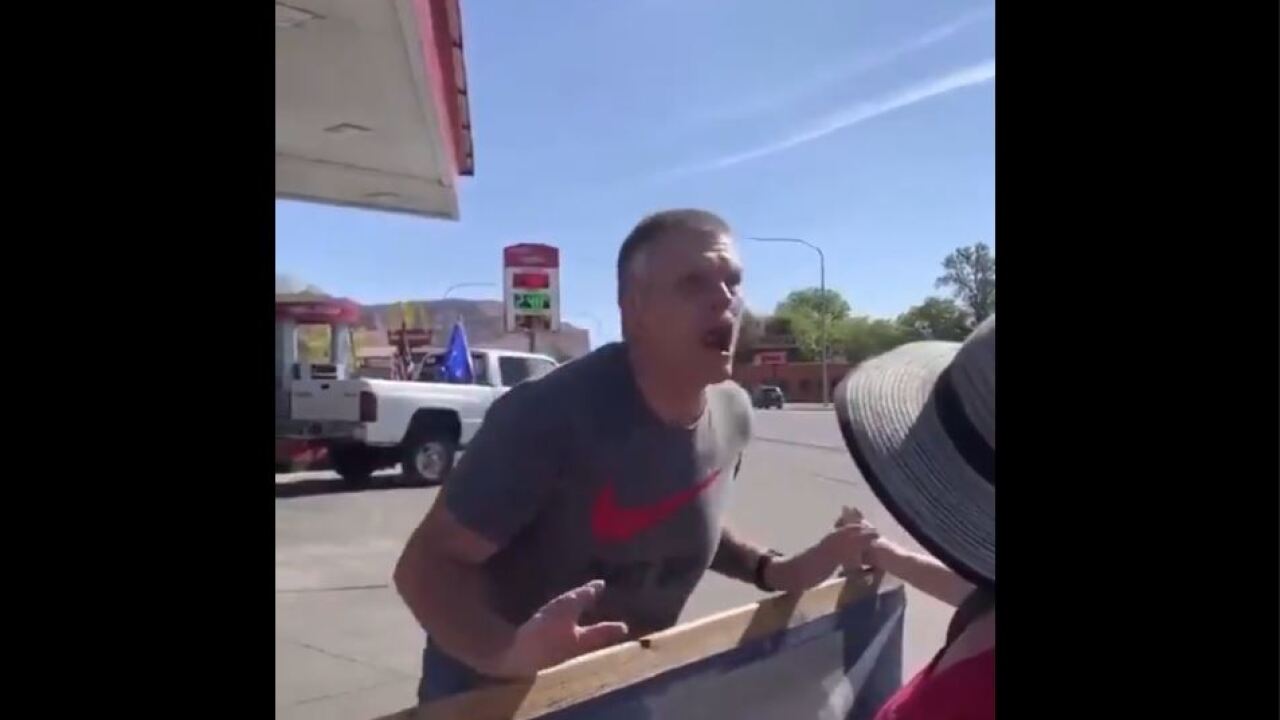 The American Civil Liberties Union of Utah says the organization is reviewing a "change in First Amendment activities in Kane County" after the county's Sheriff's Office and Attorney's Office issued a joint statement regarding recent protests at a busy Kanab intersection.

"In Kanab we have seen many protests. By and large these gatherings have been peaceful and have not resulted in any serious incident to persons or property. However, over the last few weeks we have seen an escalation of the actions of competing groups of protestors who congregate on the sidewalks at the intersection of State Route 89 and 89A (300 South and 100 East). Just last week an incident occurred between a few individuals at the protests. This incident is currently under investigation for potential criminal charges," the joint statement said.

A viral video from one of those recent protests shows a man, who identifies himself as Robert Brissette, intentionally coughing on Black Lives Matter protesters and yelling "Black Lives don't matter, all lives matter." Twitter user @davenewworld_2 posted the video on Wednesday morning, and it has since been viewed more than 3 million times.

"Beginning immediately Kanab City Police Officers and Kane County Sheriff’s Deputies will strictly enforce all state and local laws regarding stopping or standing on the sidewalks adjacent to State Route 89 and 89A or impeding the flow of traffic. Any individual who is found to be congregating on these sidewalks or impeding traffic will be asked to leave. Any individual who refuses to obey a lawful order to leave will be cited or arrested," the statement said.

ACLU Utah responded to the statement on Facebook, saying "As the ACLU of Utah reviews this change in First Amendment activities in Kane County, it's important to note that someone else's illegal reaction to your right to protest does not restrict your rights."