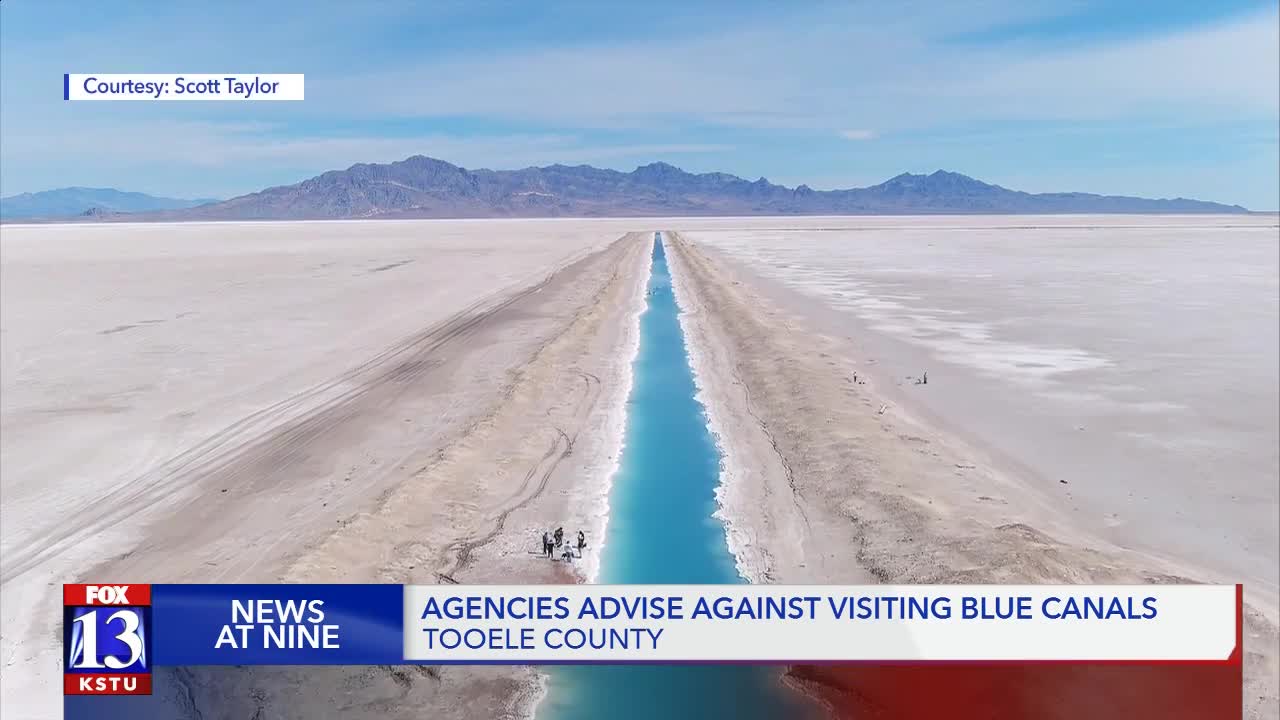 After surfacing on social media earlier this month, flocks of adventurers and photographers have taken to Utah’s West Desert in search of a majestic, blue canal. 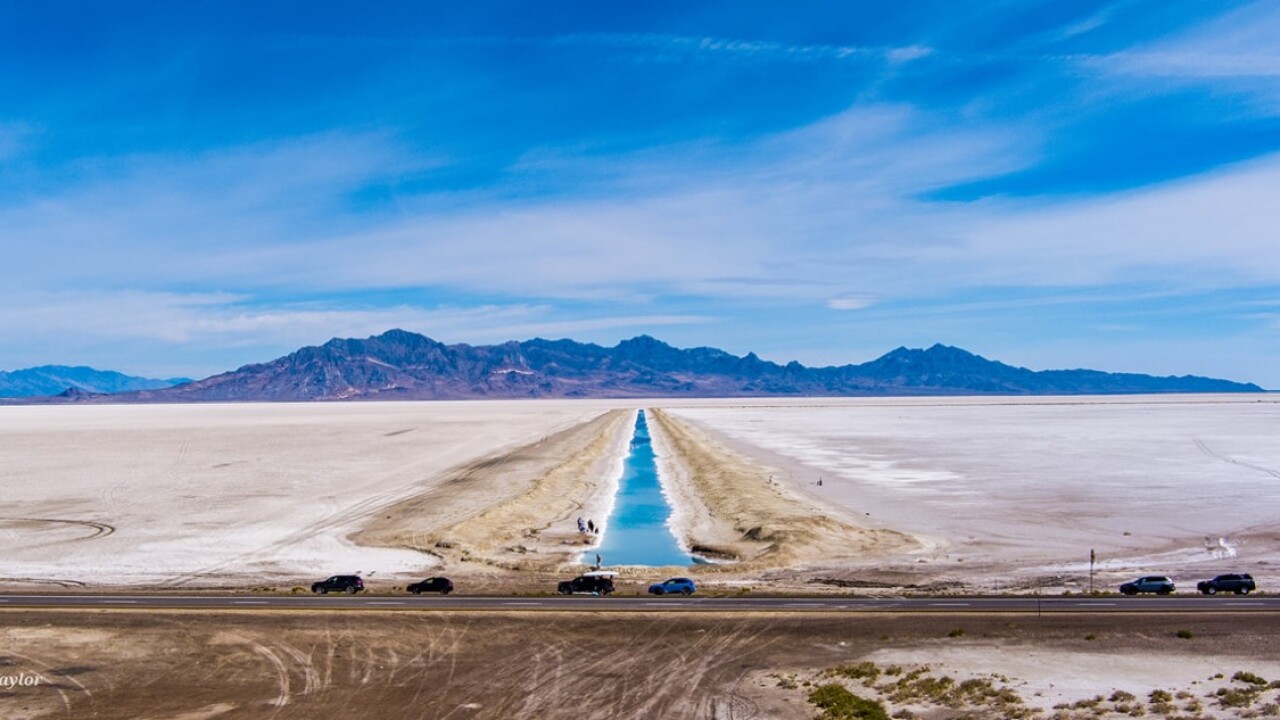 TOOELE COUNTY, Utah — After surfacing on social media earlier this month, flocks of adventurers and photographers have taken to Utah’s West Desert in search of a majestic, blue canal.

The waterway flows near Interstate 80 with no available legal parking or permitted access-point.

“Social media’s been posting this like crazy. I wanted to come out and take some photos, maybe check it out,” said a visitor named Erik Hansen, who says he drove over two hours to check out the canal. “Monkey see, monkey do.”

Hansen is referring to countless pictures and videos of people paddle boarding, kayaking and swimming in the water.

Questions have arisen about the water itself. Is it clean? How is it so blue?

According to Intrepid Potash, which has mineral rights to the waterway, the water is more a brine mixture and comes from a series of ditches in the nearby Salt Flats. The water flows to numerous potash ponds. According to the company, the water isn’t toxic.

With the growing popularity, a fast-arising problem is at the hands of both Bureau of Land Management (which owns a majority of the land the canal is on) and Utah Highway Patrol (which oversees the Interstate).

Bureau of Land Management Utah told FOX 13 on Monday afternoon that they are aware of the recent use but don't plan on issuing any information or guidance until Tuesday.

However, UHP has already experienced numerous issues with drivers committing parking violations and illegally crossing the center median on I-80.

“The Utah Highway Patrol understands the interest around the phenomenon of the bright blue canal near milepost 13 on I-80. However, there is no lawful way to access the canal from the interstate. The law prohibits unlawful stopping along the interstate and the interstate extends from shoulder to shoulder of the East and westbound Lanes. To lawfully access the canal, one would need to park at the rest area at mile post 10 and hike the nearly three miles from the rest area to the canal. Driving from the rest area to the canal would not be advisable as there is muddy areas that vehicles will likely get stuck in between the rest area parking and the canal. Please do not attempt to stop or park alongside the interstate and put yourself at risk to traffic with the 80 mph speed limit. Slowing down and stopping to utilize the median for a U-turn is only allowed for authorized vehicles. Our Troopers will be issuing citations/warnings to those that violate unlawfully using the median or parking on the shoulder of the interstate.” – Utah Highway Patrol

As it stands, the gorgeous canal doesn’t appear to be unsafe itself, but there is no safe access point to the area. There are also a number of factors that go into the safety component such as unstable/sinking ground near the water and steep berm areas.

The Bureau of Land Management released a statement Tuesday:

UPDATE: "The ​canals are industrial facilities leased to Intrepid Potash for potash mining activities and are not designed or safe for public recreation." - @BLMUtah https://t.co/E17xFh0GTS pic.twitter.com/oXO2o7s6PA