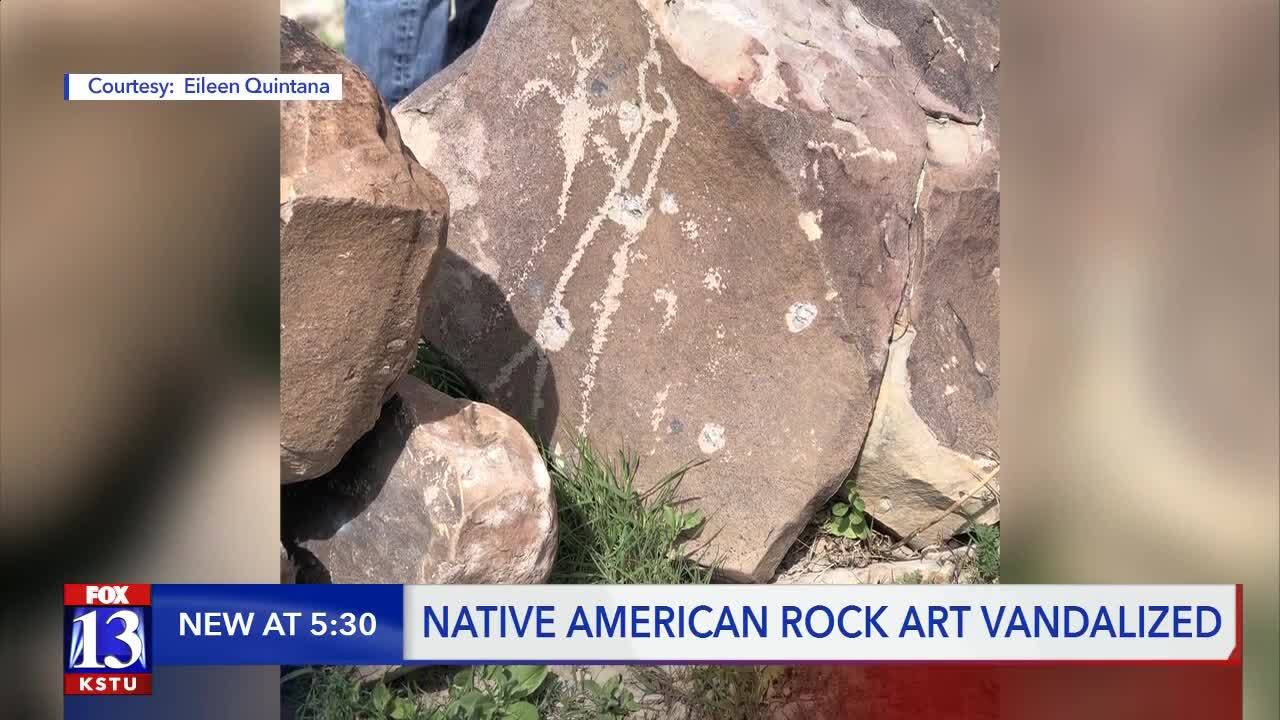 A member of the Navaho tribe, Eileen Quintana visits West Mountain with her family to pray and give offerings to indigenous ancestors.

"If you think about it, the voices are speaking to us 10,000 years back,” Quintana said.

Ancient indigenous rock art is carved into dozens of boulders on the mountain on the east side of Utah Lake.

“This place holds a lot of history,” Quintana said.

Many rock art pieces being damaged by recreational target shooters on federal land managed by the Bureau of Land Management.

Other rock art was spray-painted over with swastikas and other damaging graffiti.

“To tell you the truth, it does really hurt,” Quintana said.

Desperate, Eileen reached out to state archeologists in April.

The rock art shows how groups of people were organized, what they wore and what they ate, said Hora.

“We can see throughout time, people loved hunting big horned sheep. We see a lot of big-horned sheep on those rocks,” Hora added.

Hora believes most of the damage is unintentional. She thinks the recreational shooters don’t know the art is there, despite several warning signs which have been shot out.

Quintana said she’s also disturbed by the trash and illegal fires left behind, despite vandalism being a class A misdemeanor.

She hopes something can be done to preserve the sacred indigenous art.

“We should stop the shooting because this is very important to Utah,” Quintana said.

Vandalism on public lands is a Class A Misdemeanor, punishable with a fine and jail time.