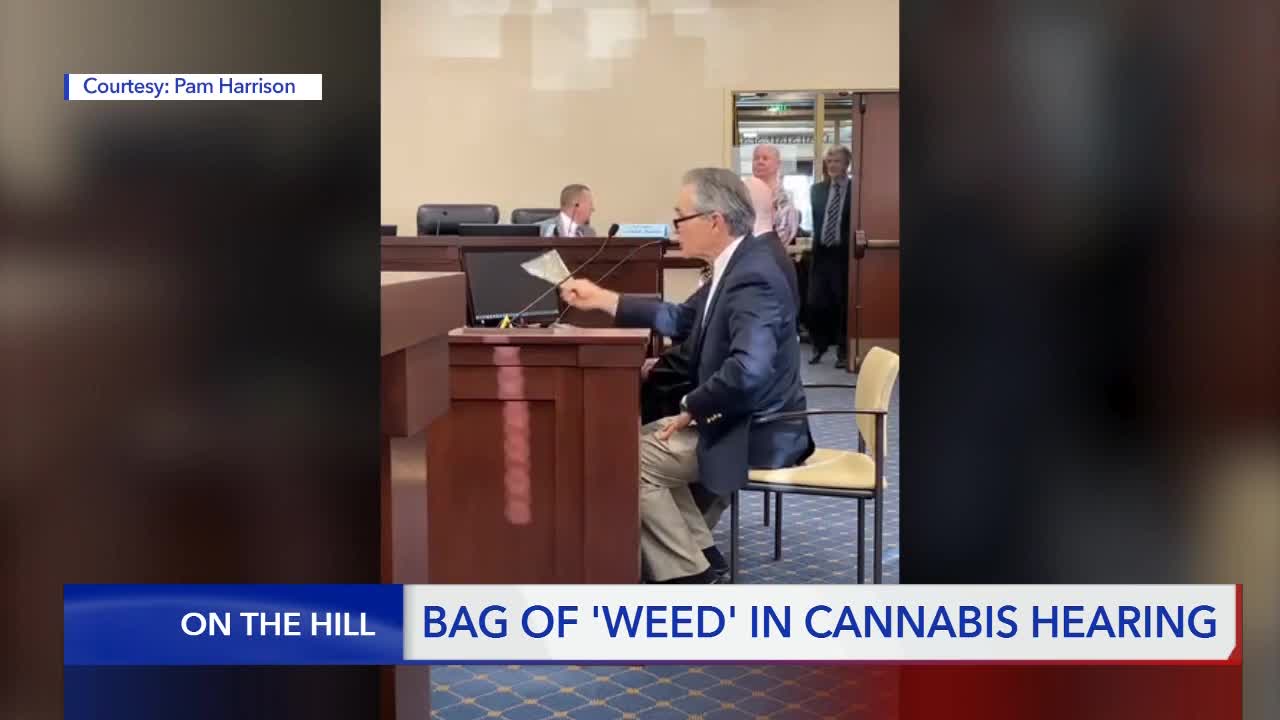 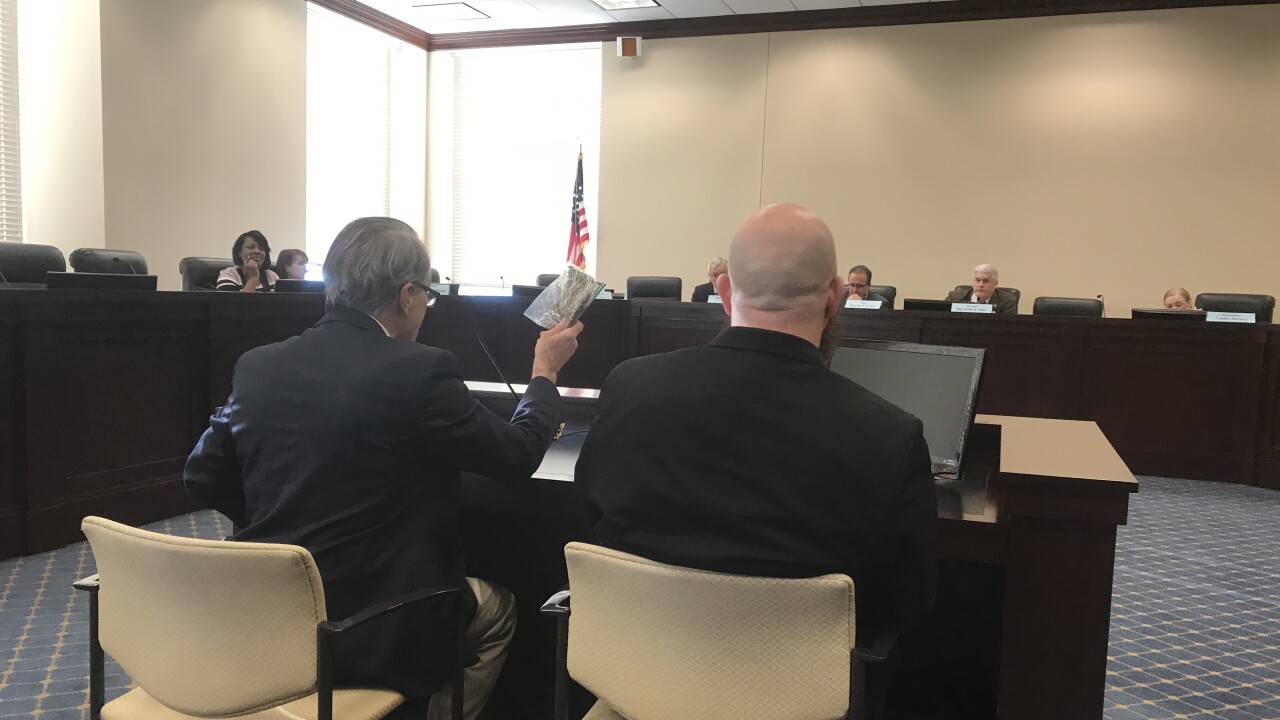 Walter Plumb III, who funded a lot of the campaign against Proposition 2, railed against Senate Bill 121 during a public testimony portion of the hearing before the House Health and Human Services Committee. He argued that the bill was too loose in its regulations.

"Already, your actions that you’re responsible have had devastating results on the youth of the state of Utah," he said. "More damage than the two Mexican cartels now operating in our area. There is not a higher priority than youth."

As his time was running out in public comment, Plumb held up a bag of what he said was marijuana.

"I have brought with me a bag of weed. You call this medicine," he complained.

Plumb was cut off.

"Thank you sir," he was told by the committee chair.

"No, I’m not through!" he said, stepping away from the microphone.

The incident got the attention of cannabis activists in the room.

"He just popped up and said 'I’ve got a bag of weed here.' I want to see his recommendation letter," said Pam Harrison, a social worker who supported the latest bill. "What’s he doing carrying weed around?"

The incident surprised Senate Majority Leader Evan Vickers, R-Cedar City, who was presenting the bill. He called it "grandstanding of major proportions."

"He was expressing feelings, which he has the right to do," Sen. Vickers told FOX 13 afterward. "If he did truly have cannabis in that bag, maybe that’s another issue for law enforcement to look into."

The Utah Highway Patrol, which provides Capitol Hill security, did send a trooper into the room because of Plumb's outburst before the committee, said Sgt. Nick Street. However, it was later determined he did not actually have a bag of cannabis. They did not pursue it further.

In an interview with FOX 13, Plumb said it was not, in fact, marijuana.

"It was grass taken out of a lawn to make an effect saying this is what you consider medicine, right?" he said.

Plumb said he was not happy with how the state has handled the medical cannabis program.

"The state of Utah is flying against federal regulation. It’s a class one drug, it’s illegal to sell this. The state just says we’re not going to pay attention. We’re going to do it," he said.

Voters approved Prop. 2, which legalized medical cannabis in Utah, back in 2018. But the Utah State Legislature overrode it with its own bill that placed more regulatory constraints on it. SB121, sponsored by Sen. Vickers and Rep. Brad Daw, R-Orem, made some tweaks to it, including removing requirements that marijuana flower be in blister packs, allowing qualifying medical cannabis patients to expunge prior marijuana convictions and raising the cap on patients a doctor can recommend for.

The bill has faced pushback from marijuana opponents and some medical cannabis advocates. Nate Kizerian, a plaintiff in the lawsuit over Prop. 2, was seated next to Plumb and testified against the bill. He said he was happy to see the packaging requirements changing, but still worried about patient privacy.

"You guys want to handcuff cancer patients?" he said. "You really need to check your morality on that one."

The bill passed unanimously out of committee. The House suspended its rules Thursday afternoon and voted unanimously for the bill in order to meet a March 1 deadline the state has set to have a working medical cannabis program.

The bill now goes to Governor Gary Herbert, who is expected to sign it.