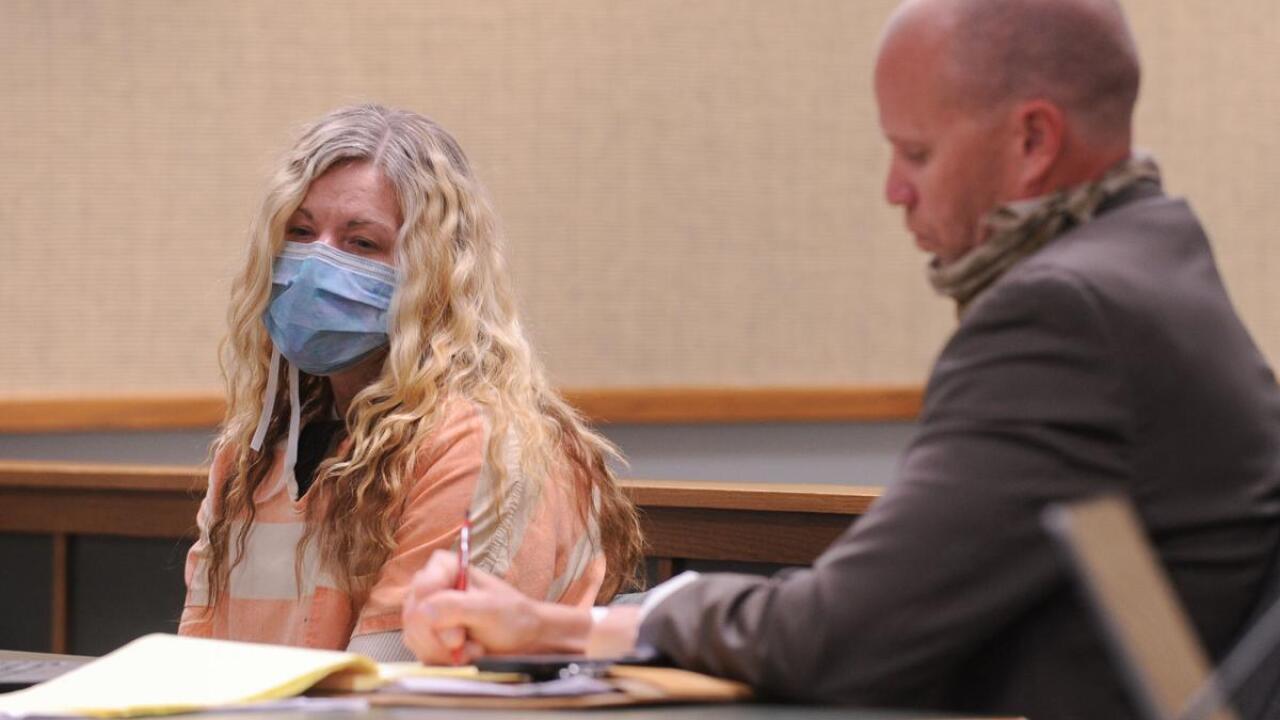 SALT LAKE CITY — Idaho defense attorney Mark Means has published a six-page response to a FOX 13 investigation regarding a policy promoted by the Church of Jesus Christ of Latter-day Saints.

The response accused the Church of creating a “code of silence” and trying to “at least first glance, to circumvent the laws of our land.”

“This ‘policy’ is at least disturbing and at worse, criminal,” Means wrote.

FOX 13 Investigates: LDS Church urges leaders to not participate in "any type of court case"

The Church declined to answer whether leaders will be told to ignore subpoenas, which has some people asking - are they promoting obstruction of justice?https://t.co/3t5JOPL8xu

Means is representing defendant Lori Vallow, accused of various crimes related to the death and disappearance of her two children from Rexburg, Idaho.

The remains of JJ Vallow (7) and Tylee Ryan (16) were found buried in the backyard of defendant Chad Daybell in June.

The Church sent out a letter to leaders on August 4, 2020, reminding them of a policy that prevents them from getting involved in “any type of court case” without first speaking to Church legal counsel.

When FOX 13 reached out to the Church for clarification on the letter, a spokesperson indicated the policy exists to dissuade leaders from being involved in legal matters.

“It is well established LDS doctrine that ‘A Latter-day Saint should strictly obey every law of God, including the constitutional laws of the land in which he lives, and do it with a good and honest heart,’” Means wrote, citing The Rule of Law found on the Church’s website. “This doctrine of compliance with the laws of the land is called into question by its own employees when the LDS Media Relations Manager, Mr. Sam Penrod, states that members of the LDS religion ‘shouldn’t get involved in any type of case.’”

“If that were the extent of the correspondence, nothing further would be warranted,” Means continued, “but Mr. Penrod when asked if the LDS ‘policy’ ‘…would prevent a Church leader from responding to a subpoena…’ Mr. Penrod stated ‘…they cannot speak to that.’”

This is the final page of Means' response, arguing that the Church policy is "at least disturbing and at worse, criminal."

He notes ~426,000 members of the LDS church reside in Idaho, including 98% of Madison County and 68% of Fremont County. pic.twitter.com/qkXz1xI4Fe

Some were quick to notice the letter was sent out the same day an Idaho judge ruled the case against Chad Daybell would move forward to trial.

A similar hearing for Lori Vallow, originally scheduled for August 10, 2020, was waived.

The Church said it did not send out the reminder in response to any case in particular.

“I firmly believe that it is connected to the Daybell/ Vallow case,” said Joanna Smith, a member of the Church. “It will affect that case. In Idaho you have such a large percentage of Mormons. The list of people testifying on that case – it’s pretty much all Mormons!” It will absolutely have an impact on that case… you have multiple family members who have sounded the alarm for a long time. The red flags on that case could light up a city.”

A new statement from the LDS Church does not directly respond to the accusations in Means' letter other than to reiterate:

"The letter of August 4 serves as a routine reiteration of a long-standing policy and has nothing to do with any pending case." pic.twitter.com/pU1guDGyTj

Means did not specifically detail how the Church’s policy might affect his case, but he did raise general concerns about how this policy would impact the ability of any attorney to choose an unbiased jury in a community that consists of many Latter-day Saint members.

“I find this correspondence troubling and disturbing,” Means wrote. “Please note that despite its attention ‘To’ church leaders (as listed above), the letter was and is obviously intended and addressed to ‘leaders and members’ of the LDS Church.”

Means also accused the Church of creating a situation that would cause problems related to conflict of interest and failure to disclose.

“Member(s) and Person(s) must know and should have been told by way of this correspondence that in calling the provided LDS legal counsel they are by way discussing legal (possible confidential) matters with the LDS church legal Counsel, not their own personal legal counsel,” Means wrote. “That the mandated consultation(s) are most likely NOT privilege, not protected from subpoena or liability and that said Church legal counsel’s sole duty representation is to the Church not the person(s), member(s), leader(s), and in some situations the victim(s).”

One of Means’ largest concerns has to do with the potential impact on criminal cases in which leaders or members may feel empowered by the Church’s lack of clarification on whether they should respond to subpoenas, as required by the law.

He listed a number of potential “negative legal ramifications… including but not limited to: witness intimidation, witness tampering, obstruction of justice, jury tampering, creating jury bias, coercion, obfuscation of fact/evidence, and or make it impossible to find an impartial jury in an LDS majority populated jurisdiction.”

Doug Anderson, the director of media relations for the Church, did not respond directly to the accusations in Means' letter other than to reiterate the following.

"The letter of August 4 serves as a routine reiteration of a long-standing policy and has nothing to do with any pending case," he wrote.

Jennifer Joyce, a spokesperson for Madison County Prosecutor Rob Wood, said Wood does not believe the Church letter relates to his case.

"The letter will have zero effect on any work done in the Madison County State Prosecutor’s Office, including on the Daybell / Vallow case," she wrote in an email to FOX 13.

You can read the original FOX 13 investigation and full response from Means below.

Click HERE to read the full response from Means.