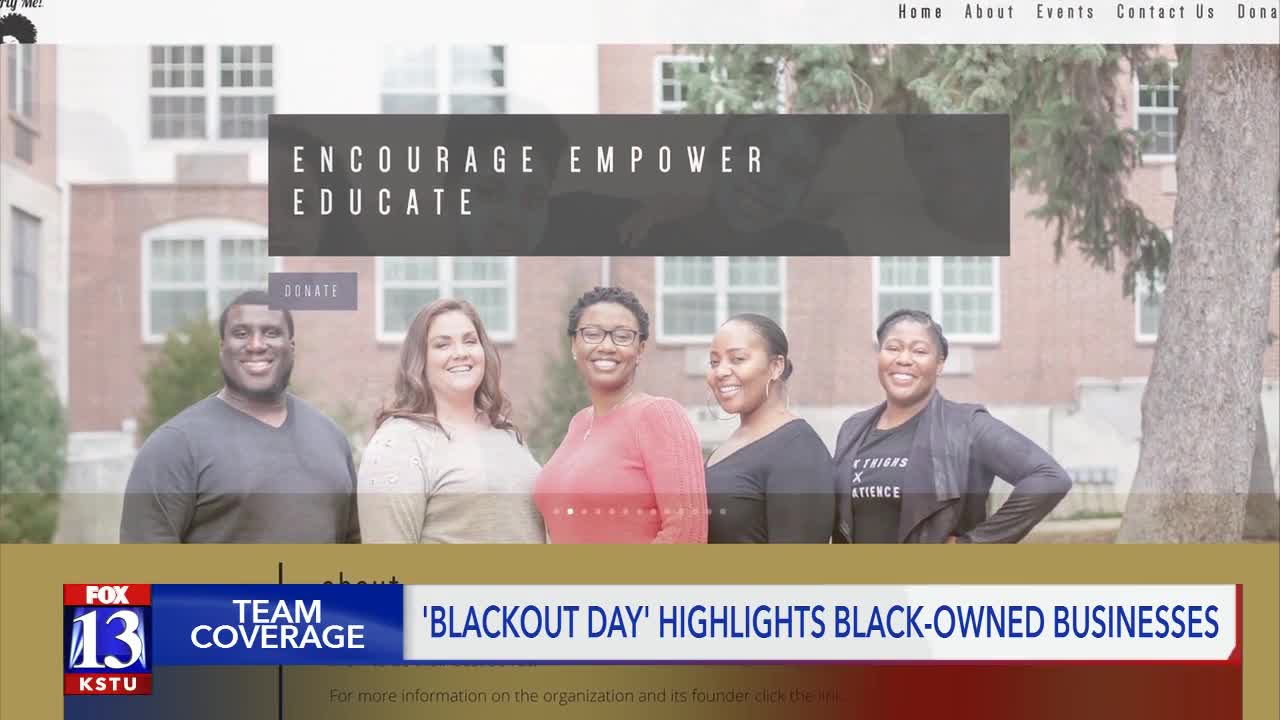 Utahns from different backgrounds participated in the national Blackout Day on Tuesday to draw attention to Black spending power.

The event is designed to encourage people to spend money only at Black-owned businesses for one day.

"My career before brownies was in social services, so I was always kind of looking for the people that needed some help and needed to have their voices amplified," Kohrman said. "I know people in the food community. I have a huge parking lot... A lot of times people want to help, they just don't understand how they can."

Kohrman has also been selling "Blackout Brownie Batter" and donating proceeds from her business to the nonprofit Curly Me.

"I do not see [Blackout Day] as a boycott of white businesses because you would be boycotting 98 percent of businesses in Utah!" said Jennifer Stone, the co-owner of Diversion Social Eatery. "What we're doing is shining a spotlight on contributing members of the community."

Stone said when she and her husband opened the restaurant last October, their goal wasn't necessarily to be labeled as a "Black business."

"I was born and raised here in Salt Lake City, Utah, and I think that I’ve had a lot of opportunities that other brown and Black people have not," Stone said. "I think it is important to see how the Black dollar is used and how it can be leveraged and recycled to show the economic impact of Black businesses."

Although there have been a few exceptions, Stone said she has been glad to feel the love and support from her hometown over the past couple months.

"For the last 100, 200, 300 years, Black and brown people have not had equal footing in this country, and I'm hopeful that right now we are at a turning point," Stone said. "We’ve gotten some disheartening calls, people calling and being like, ‘What do you want to be? Do you want to be known as a black-owned business or a place with really great food?’ and we’re like, ‘Well, let’s be both’ — because we are both! That’s like asking if I want to be a really good wife or a really good mom. I would like to be both. Thank you!"