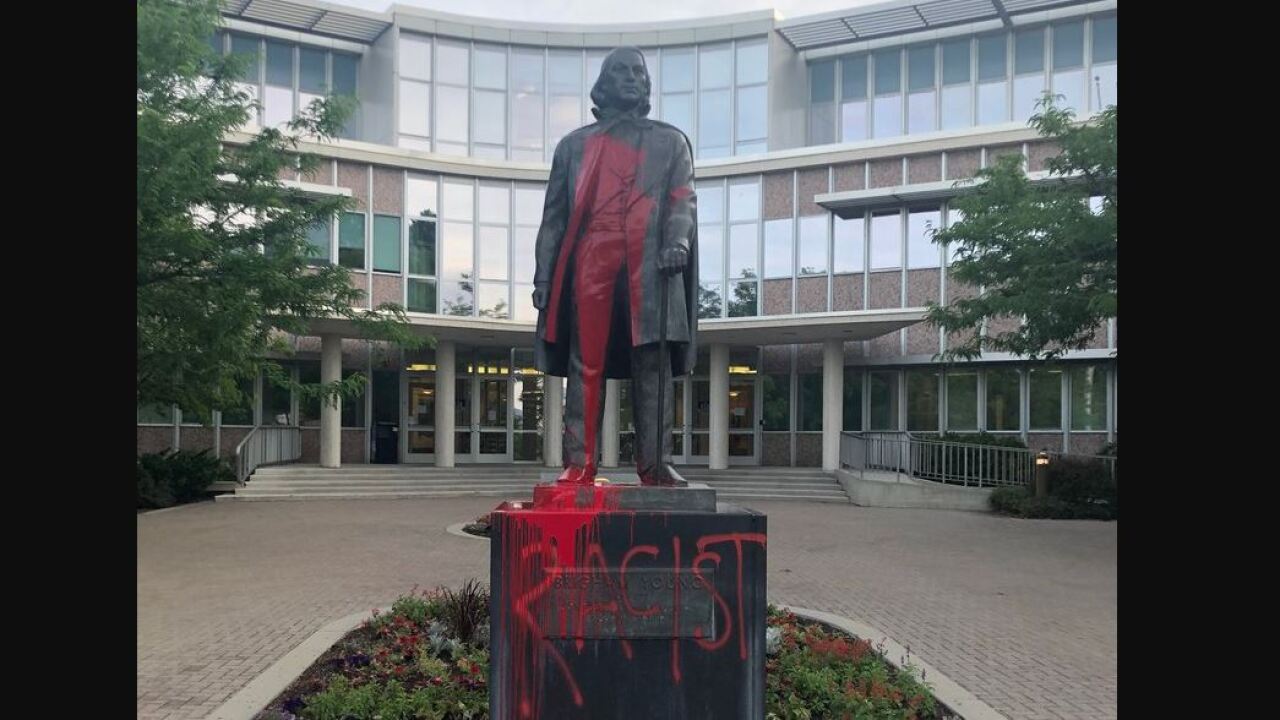 BYU Police
A statue of Brigham Young was defaced earlier this week on BYU's Provo campus. 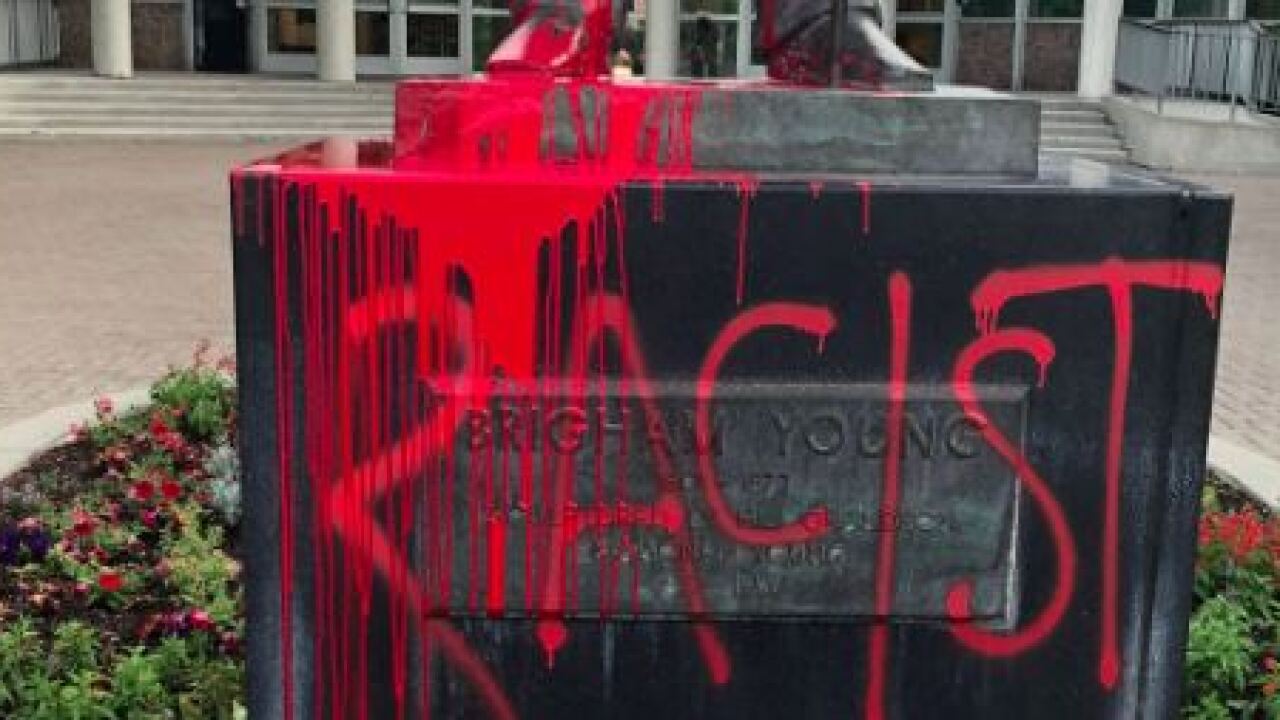 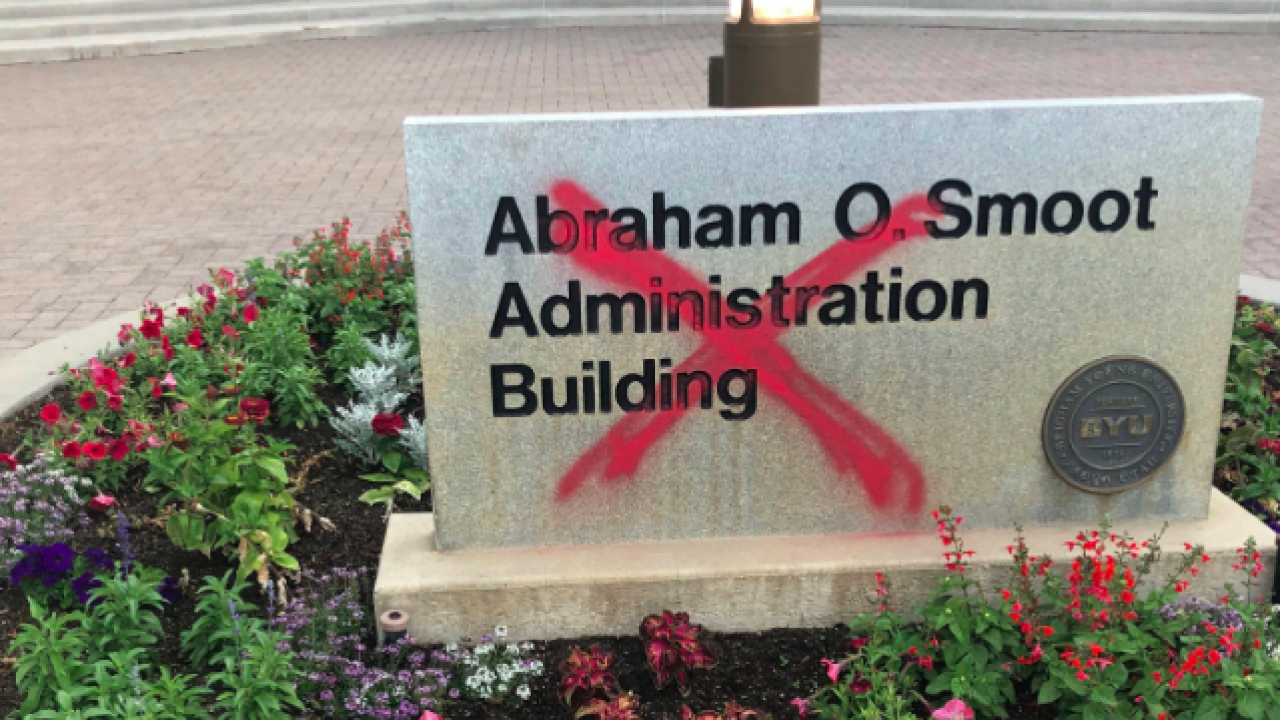 PROVO, Utah — Brigham Young University Police are looking for the person(s) responsible for vandalizing a statue of the university's namesake with red paint.

The statue of Brigham Young — the second prophet and president of The Church of Jesus Christ of Latter-day Saints who led pioneers to the Salt Lake Valley — had red latex paint dumped on it, along with the word "RACIST" spray-painted at the base of the statue. The sign in front of the Abraham O. Smoot Administration Building was also defaced with a spray-painted red "X."

Police have surveillance video that they are reviewing, and if caught, the person or persons responsible could face a felony charge if the damage estimated exceeds $1,500.

Christianson said the paint was cleaned up by BYU grounds crews before most people would have seen it.

Amid recent protests against racial injustice, Young's controversial beliefs, statements and teachings regarding race and slavery have been brought up by Latter-day Saint church members and non-members alike — some calling for the university to change its name and for the church to denounce some of Young's teachings.