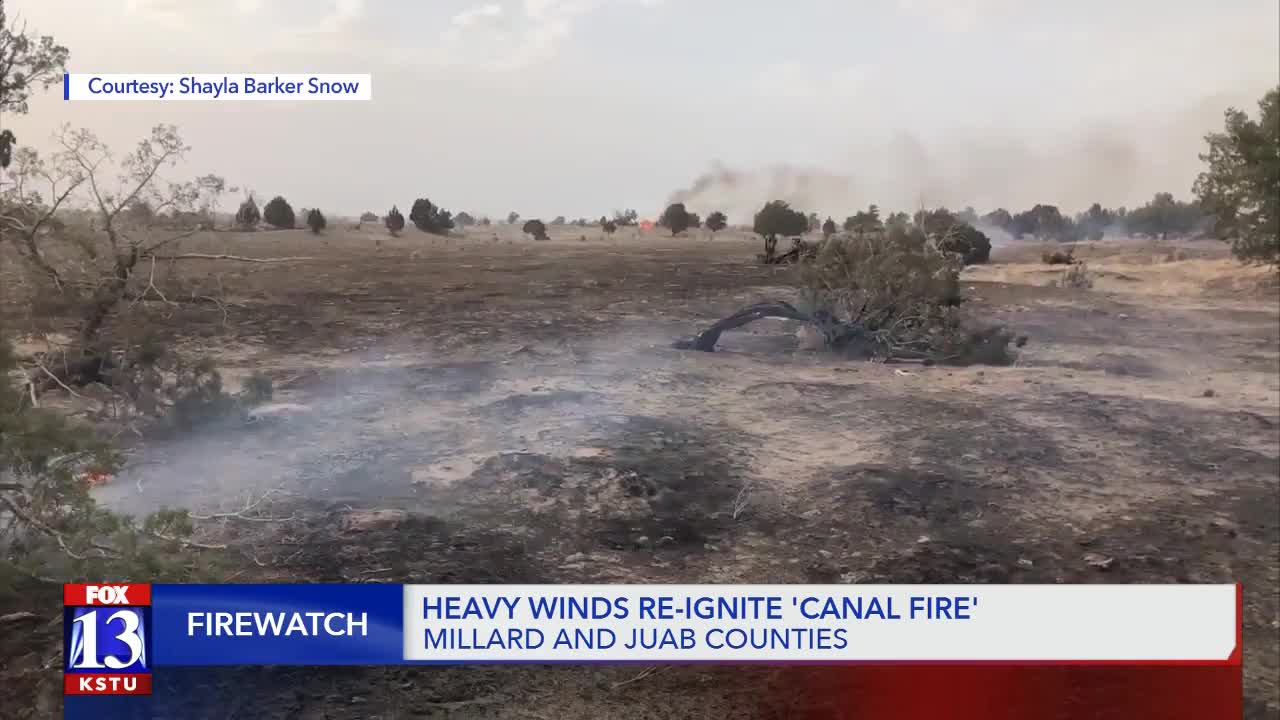 The lightning-caused Canal Fire in Millard County was initially contained at 450 acres on Saturday afternoon, but heavy winds on Sunday led to erratic fire behavior. 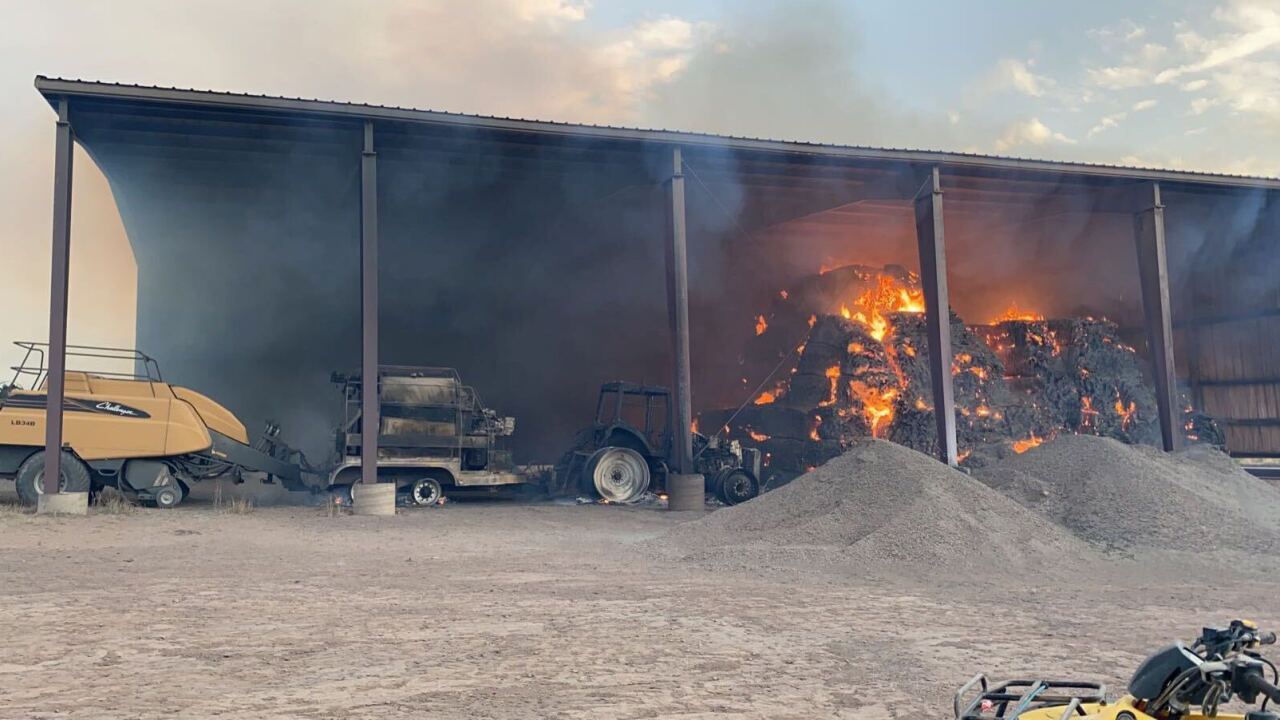 “Yesterday, erratic and gusty winds pushed the fire over the control lines towards the Gilson Range and Canyon Range,” a media release from fire crews working the Canal Fire said. “Residents of Fools Creek and Leamington were evacuated yesterday but the evacuation notice has since been lifted. Highway 132 was also closed but has since been reopened.”

Hundreds of people in Leamington and Fool Creek were allowed back into their homes. According to Rocky Mountain Power, more than 100 customers are without power both north of Oak City and south of Leamington. Nearly 20 power poles were damaged as the Canal Fire ripped through portions of the valley. It’s unknown when power will be restored in the area.

“We’ve lost all our pastures now. Every bit of my hay’s burned now too,” said Tyler Nielson, who owns roughly 1,500 acres nearby and has lived there with his family for 25 years.

Nielson’s family has owned the property since the late 1800s. With his pastures and some of his heavy machinery burned, along with his outbuilding, he estimates nearly $800,000 in damage.

#CanalFire damage is evident when you take a closer look at some of the pastures and fields in northern Millard County.

“Nobody got hurt and I guess we just start over and do what we can.” pic.twitter.com/gv40zw49zc

“We got engulfed so quick. It was moving so fast, there was nothing we could do but get out of the there. We put 30-foot fire lines down and it would just jump them,” recounted Nielson.

Nielson sold his cattle earlier this year. He spoke with ranchers in the area who had to put down some of their cattle after they were singed from the Canal Fire. Luckily, Nielson and his community members were able to help firefighters provide structure protection to nearby homes.

“Nobody got hurt, and I guess we just start over and do what we can,” said Nielson.

Part of an outbuilding on the ranch continues to burn today.

Luckily - this farmer sold all of his cattle at the beginning of the year. He told me other ranchers in the area had to put some of their cattle down after they were burned from the #CanalFire.@fox13 | @UtahWildfire pic.twitter.com/iF1rjGxL18

As of Monday afternoon, the fire was roughly 30,000 acres with 0% containment.

FEMA has authorized the use of federal funds to assisting with firefighting costs for the Canal Fire and the Knolls Fire burning in Utah County.

“At the time of the request, the Canal Fire was threatening 60 homes in addition to power infrastructure and $1 million in farm equipment,” FEMA Region 8 wrote in a press release. “The authorization makes FEMA funding available to pay 75 percent of the state’s eligible firefighting costs under an approved grant for managing, mitigating and controlling designated fires. These grants do not provide assistance to individual home or business owners and do not cover other infrastructure damage caused by the fire.”