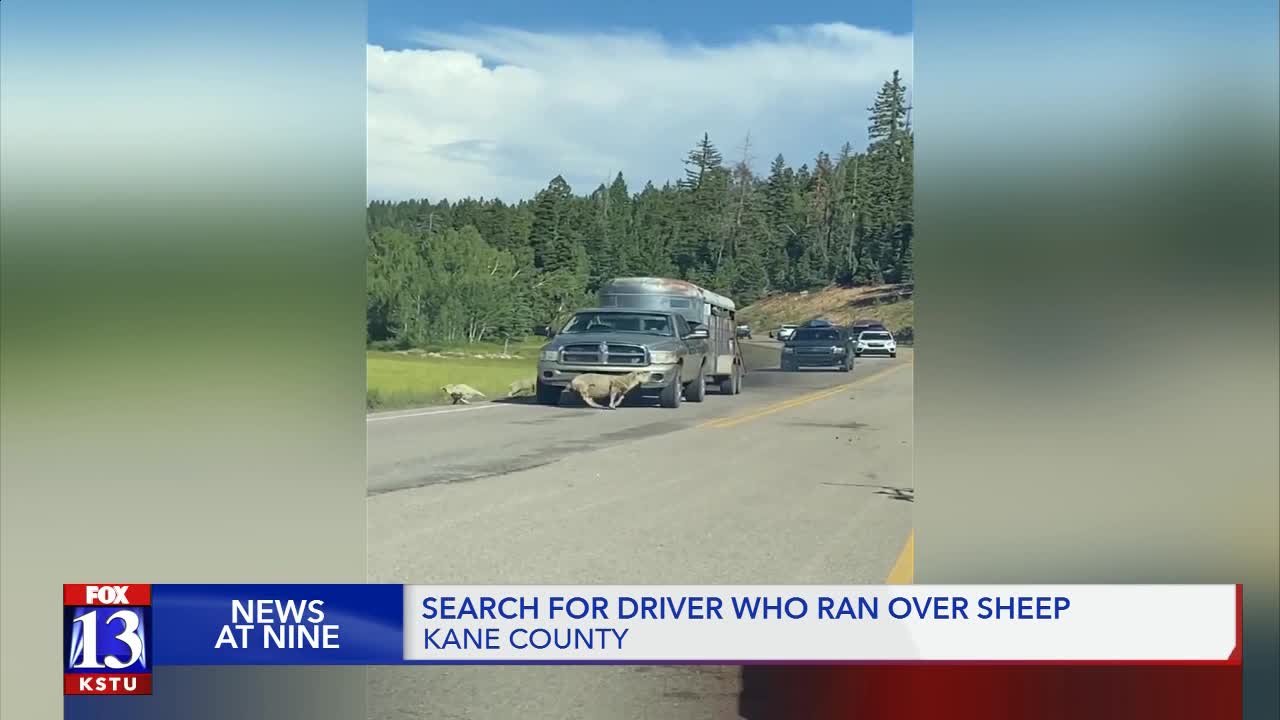 Search for driver who ran over sheep

KANE COUNTY, Utah – An investigation is underway after a pickup truck driver was caught on camera running over a domestic sheep while the heard was crossing the road.

It started with a trip to Utah and a scenic drive through Kane County Tuesday afternoon. Maritza and her two boys were driving from Cedar City to Bryce Canyon National Park when they came to a traffic block.

“Those sheep! There’s so many of them! Where are they coming from?” one of the boys can be heard saying as Maritza filmed a heard of domestic sheep crossing the roadway, blocking up cars on both sides.

“I actually thought [a sheep] was going to get ran over for a second!” One of the boys laughed.

Then a few seconds later, one of the sheep did.

The sheep quickly goes down and continues to roll under the truck and trailer before coming out the other side.

“Oh my god! Did you see that!? Oh no!” Maritza continues to yell.

The driver kept going. Meanwhile, the sheep was left, injured, in the middle of the street.

“It was definitely upsetting to see,” Maritza said as she reflected on the incident.

“We were in shock,” she continued. “There was no comforting… My 10-year-old didn’t want to talk about it anymore and my 13-year-old was just completely angry at the guy that did that.”

As the video continues, the sheep remains in the roadway as other motorists get out of their cars to help.

“Oh no!” Maritza can be heard saying on repeat.

“That sucks, is it dead?” one of the boys asked.

According to KCSO It could be days before they determine whether or not the driver will face charges. However, if charges are filed they could include traffic or accident related infractions.

It is unknown if the sheep survived. KCSO is currently working to track down the owner.