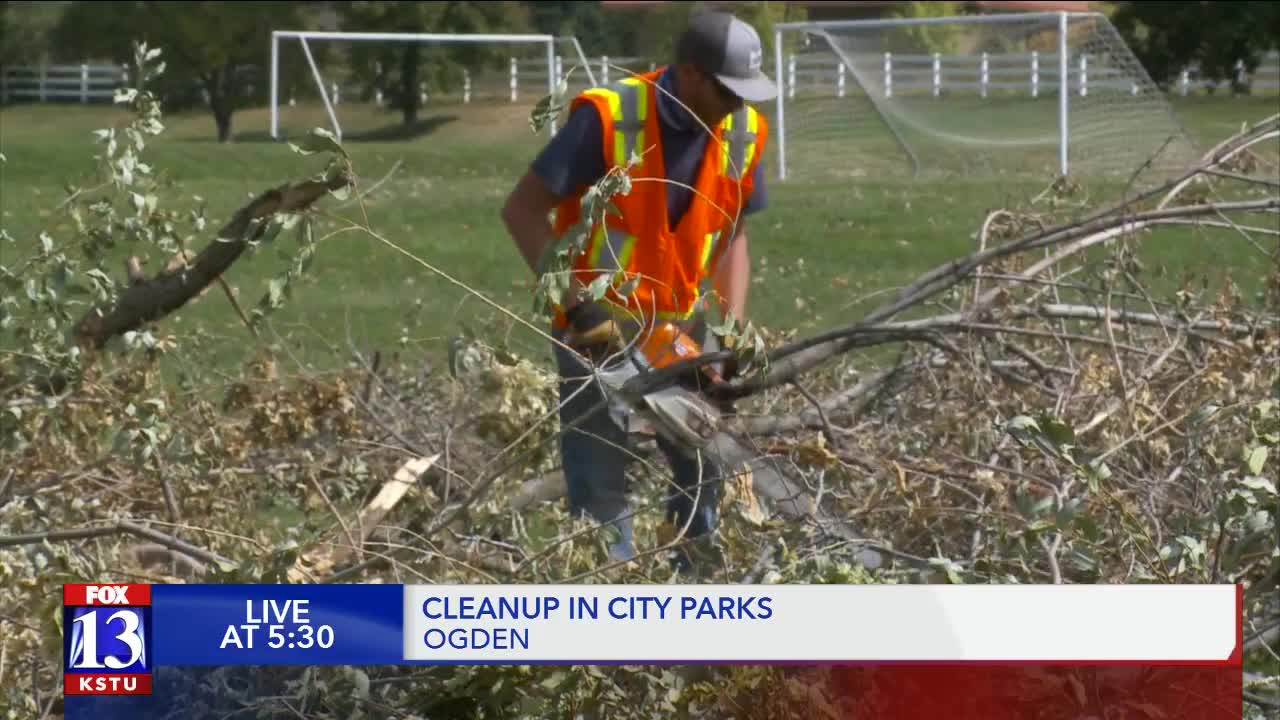 Until Monday, public parks in Ogden were still covered in debris from last week's windstorm.

A large group, including the city council, the mayor, city employees, police and even residents of the Ogden community, made it their mission to clean up the nine worst-hit parks by the storm.

“We are trying to make a difference. With the windstorm that we had last week, we know that there is a lot of the community that hasn’t had a chance to get cleanup done yet,” said Diana Lopez, the community outreach coordinator for the Ogden Police Department, while working to clean up Lorin Fair Park.

The city has also extended the operating hours for the green waste facility (located at 1845 Monroe Blvd.), so it is now open from 7 a.m. to 7 p.m. until Sunday for those who need to dump debris off.

Over at Mt. Ogden Park, Mayor Mike Caldwell was hard at work helping out as well.

“This is what we do… We all show up and go to work…. We are really proud of where we live,” he said while throwing a large tree branch into the back of one of the city's public works trucks.

Helping out at Mt. Ogden Park was also special for Cathy Fennell.

“I got married here 19 years ago… So it's very near and dear to my heart — the majestic views, the beautiful green space,” she said.

The event was supposed to last until 2 p.m. across the city, but most teams finished before their deadlines with hard work and determination to fix the city they are all so fond of.