College student kicked out of apartment for suicidal thoughts 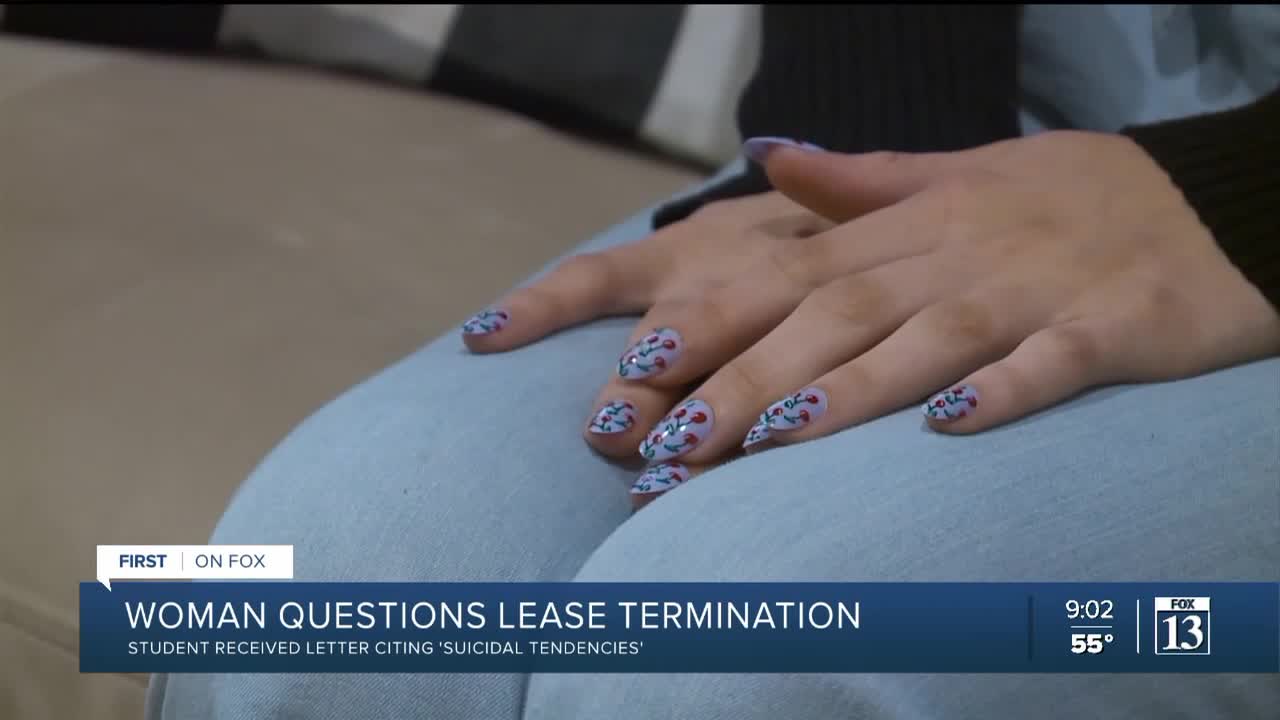 UTAH CO, Utah — A college freshman is scrambling to find a new home.

She claims her landlord used her mental health issues as an excuse to terminate her lease.

The young woman who is sharing her story on the condition of anonymity said she told her three roommates about her depression and suicidal thoughts.

Those roommates told apartment complex management about that conversation.

Tuesday, she was notified in a letter that she must be moved out by next Monday.

“I was completely shocked. I was crying and shaking and immediately trying to pack,” she said. “It’s so morally wrong for them to be doing this to someone who’s been having such a hard time.”

The letter she received never uses the word “eviction.” It states, “we have been made aware that you have vocalized suicidal tendencies which has caused undue stress and alarm to your roommates and violated part E and F of #7 in your lease.”

Those sections state the complex can terminate the lease if a tenant breaches “the quiet enjoyment of the premises” or causes “any nuisance, health or safety hazard.”

“The thing that upsets me most about this is that they decided evicting someone who was already having a hard time would make it easier on them,” she described to FOX13.

Several attempts to reach the management of the property for comment were unsuccessful.

Now, the college student is living with other friends while she looks for a permanent place to live. She also feels alone as she battles depression.