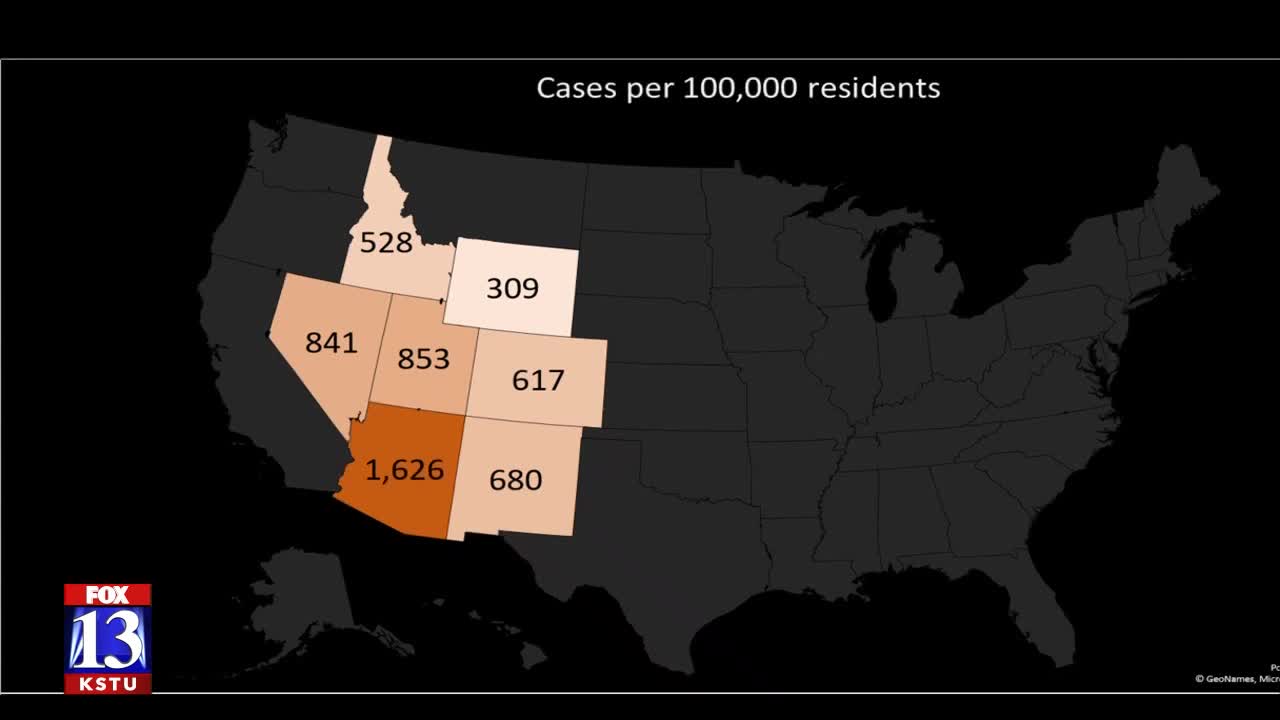 Utah's case numbers are higher than all neighboring states but Arizona when adjusted for population.

SALT LAKE CITY — Utah's case numbers are higher than all neighboring states except Arizona when adjusted for population.

The chart below shows our current situation in relation to our neighbors. In recent days, our spike is far less severe than Arizona's, and Nevada and Idaho are seeing a sharper increase, but Utah's neighbors to the east have better numbers.

Utah compares best in mortality, with under one percent of confirmed cases resulting in death. While that is encouraging compared to other states, a .7% fatality rate is far higher than a bad flu season. Adding to those concerns, humans don't have natural immunity to COVID-19 and it is believed to be more infectious than the flu.