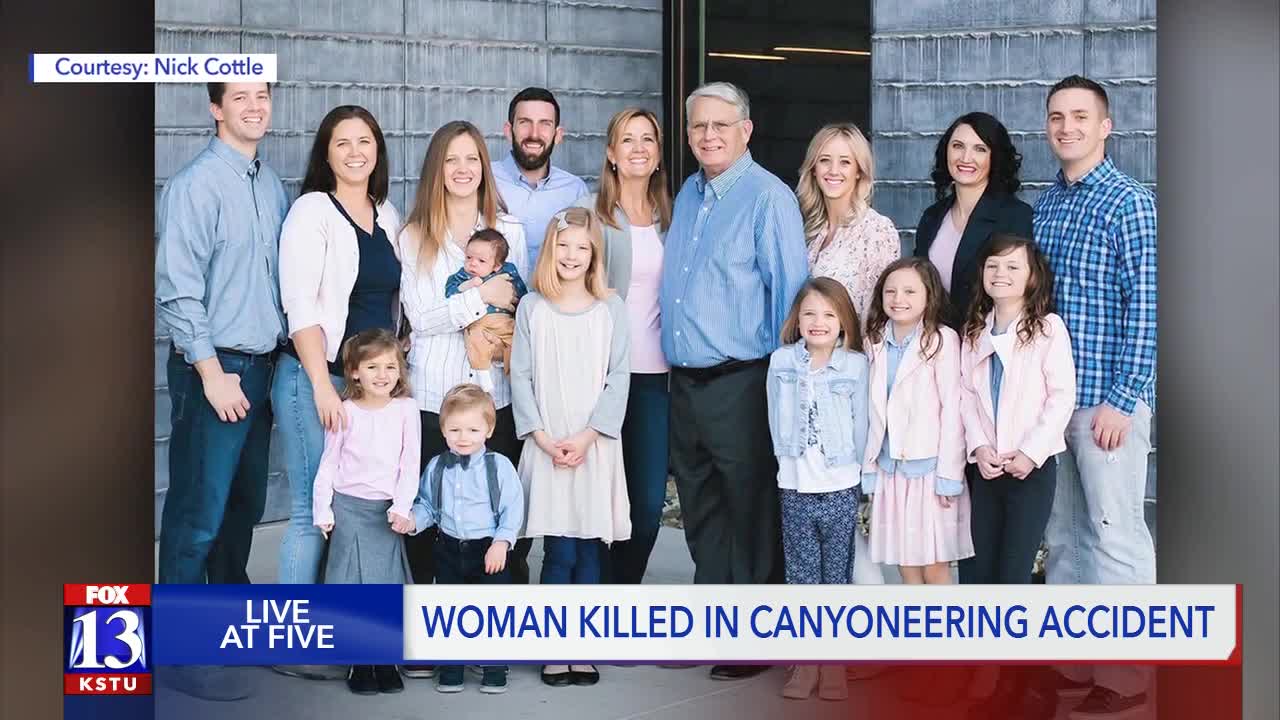 Family members are trying to plan a funeral after their sister was killed instantly in a canyoneering accident this weekend.

Family members are trying to plan a funeral after their sister was killed instantly in a canyoneering accident this weekend.

There is always a risk involved when you are spending time out in the wild and that’s what Nick Cottle said his sister loved about being in the outdoors.

When she died, she was doing what she loved.

“She was one to see God’s creations and want to be part of it,” said Cottle. “She was very adventuresome.”

Teaching her niece how to rappel is just one example of Brittany Potter’s love of the outdoors and her family.

“Brittany was just over the moon about being a mom,” said Cottle.

Their son is just over a year old.

When she and her husband, Brenton, headed down to the Lake Mead area to celebrate their anniversary, family members watched their son.

“They had plotted out their course and were really excited about it,” said Cottle.

The Potter’s had just finished rappelling down when the unthinkable happened.

Cottle said they were bringing the rope down from one of the side ledges and a rock came down, falling on top of Brittany.

The rock, Cottle said, was about the size of a microwave.

“No matter how much safety gear you have—wearing helmets, wearing all of your protective gear, all those kinds of things—accidents still happen,” said Cottle.

Still within cell range, Brenton was able to call out for help.

It took hours for search and rescue crews to find him because of the location and terrain.

He was by himself for a long time,” said Cottle.

Family members were just a few hours away at a golf tournament in St. George.

Cottle said they jumped into the car to meet Brenton, while they waited for crews to get Brittany out of the canyon.

“She has a young son who’s going to grow up with not really knowing his mother,” said Cottle.

The family compiling stories and memories of Brittany to help their son know who his mother is as he grows up.

Cottle said he also hopes those canyoneering in that area will remember his sister.

“Just honor Brittany’s name,” said Cottle. “Know she would want you to live life to the fullest, still be willing to take the time to explore the outdoors and not feel fear because of the accident that she experienced.”

The funeral for Brittany will be held sometime during Memorial Day weekend.

Family members have set up a GoFundMe for the Potter family.