'Completely not acceptable' - Dozens of ducks poached in Idaho, thrown in SLC dumpster 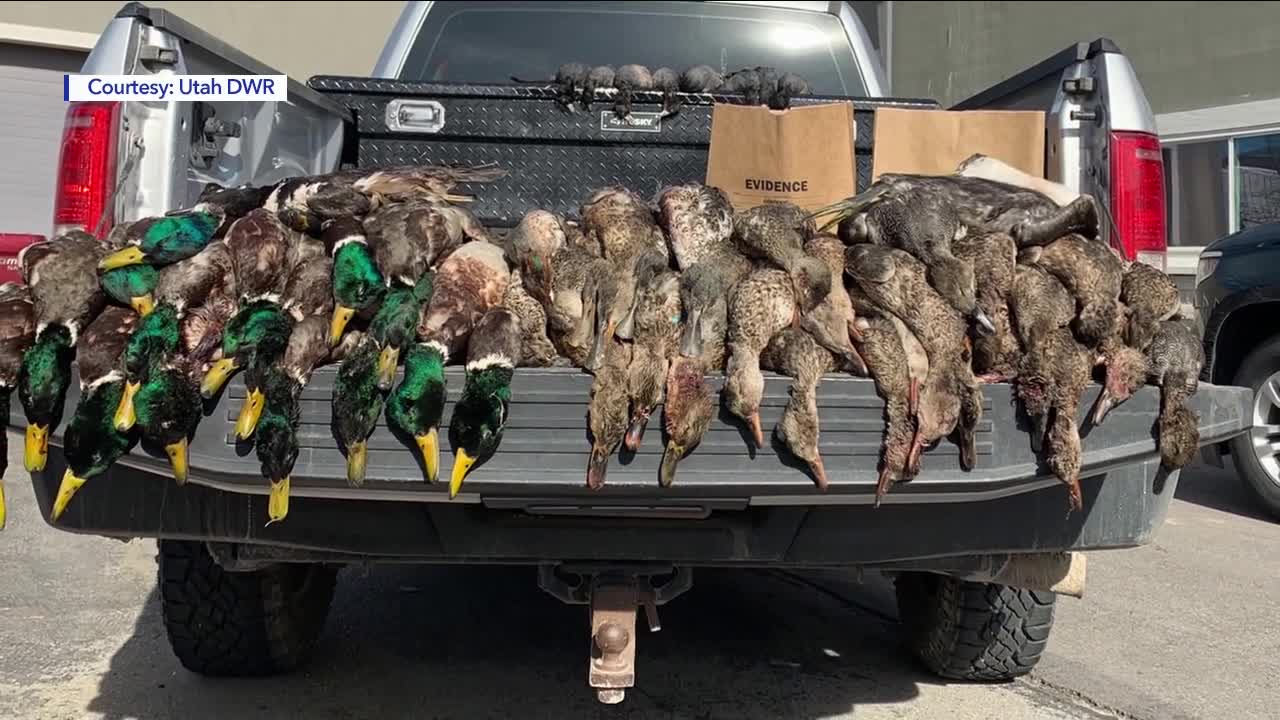 SALT LAKE CITY — The Utah Division of Wildlife Resources said 59 ducks and one western grebe were illegally wasted and thrown into a dumpster in Salt Lake City. DWR officers say the birds were harvested in Idaho, but were later dumped in Salt Lake City.

"That's just completely not acceptable," Wallace said. "Ecologically, and for the life of the bird."

He added that an often misunderstood part of hunting is the protection and conservation of wildlife and their habitats.

"The reality is if you don't have any type of respect or conservation, and complete that ecological cycle of beneficial use to that bird, you're not ethical," he said.

DWR said even if animals are legally harvested, allowing them to waste without using all edible portions is illegal.

"There are several laws that regulate the use of the meat," said DWR Conservation Officer Josef Laher. "In this case waste of wildlife, where the edible portions of the meat weren't used."

Hunters and anglers can face fines, and potentially higher penalties if they commit poaching or illegal wasting crimes.

"You could possibly lose your right to hunt and fish through the [state's] revocation process," Lehr added.

According to the DWR, as of September 3, 47 people across the state have had their licenses suspended for wildlife crimes.

The division said some of the instances are mistakes, and they encourage any hunters or fishers to contact DWR law enforcement if they make a mistake in the field. They added that when someone self-reports, it reduces the likelihood their license will be suspended.

Officers are working with Idaho Fish and Game to continue investigating the case in Salt Lake City. They say suspects have been identified, and are cooperating with investigators.

The DWR is thanking the public for helping to bring this particular illegal wasting act to light.

"We're thankful that the public helped us in this case and in various other cases as well," Lehr said. "They're our eyes and ears out there."

Wallace said wasting wildlife like the Salt Lake City incident gives hunters a bad reputation among the public and those who are not familiar with hunting practices.

"It really reflects bad on our conservation efforts," he said. "Because our tags that we buy, duck stamps that we buy, all that money is going into conservation. To protect and to enhance the wildlife and manage it."

To preserve wildlife, and hunting opportunities for future generations, he said all hunters should take conservation and ethics seriously.

"If we are taking and not giving back, those opportunities will decrease in time," Wallace said. "To the point where there may not be anything if it gets to that."

The Division of Wildlife Resources encourages the public to report any poaching or illegal wasting activity to their U-TIP hotline—at 800-662-DEER (3337)—or on their website.