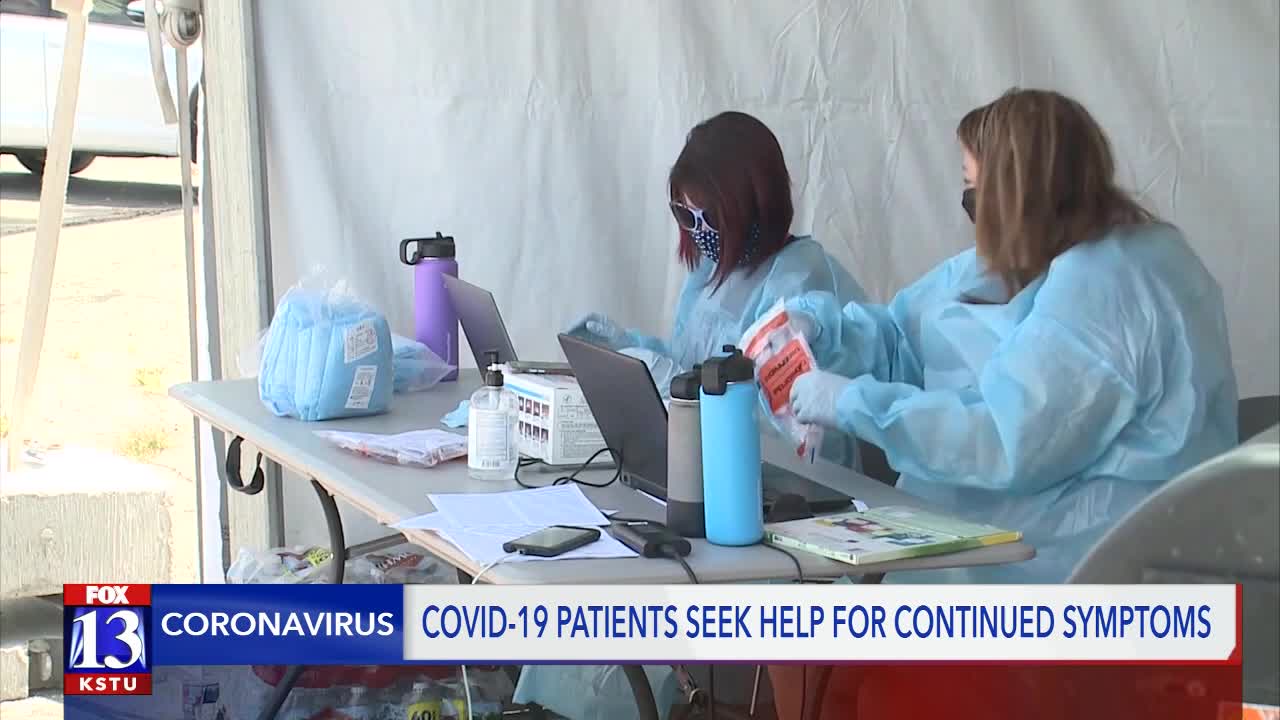 SALT LAKE CITY — A group called the "COVID19 long haulers" met virtually on Wednesday with a doctor in New York City in hopes to get answers about why their symptoms are lingering—some getting worse—months after contracting COVID19.

Lisa O’Brien is on week 23 with all different kinds of symptoms, starting with blood clots in week 11 and 12.

O’Brien has spent months in and out of the hospital, with her heart rate dramatically rising and falling all while losing clumps of hair.

"40% of our group tested negative,” said O’Brien referring to a Facebook group she started for “long haulers” in Utah.

O’Brien was one who tested negative, but said she’s lived through COVID19 and is still recovering.

Others, like Jennifer Hunter and Tressa Smith tested positive for the virus but said months afterwards are still struggling with symptoms.

Hunter is on blood thinners while she continues her recovery.

“This many people have recovered and I’m sitting here thinking recovered means you didn’t die after three weeks?” said Hunter.

For Smith, she said she felt fine after the initial three weeks but was back in the emergency room this past Friday again.

"My heart was just racing really bad, I had that vibrating feeling like she said in my whole body for like 5 hours straight. It wouldn’t stop,” said Smith.

Once she finally decided to go to the emergency room, Smith said she was told the same response so many others in the long haulers group are getting: you must have anxiety.

I’ve had anxiety before and this is not like that, said Smith.

For these women, finding treatment has been just as hard as finding a doctor who will believe them.

That’s when they found each other through O’Brien’s Facebook group and others like it across the nation.

In finding each other, they’ve also found a doctor willing to answer questions through Facebook Live.

“We have seen individuals who have tested positive, tested negative and then had symptoms again and tested positive again,” said Dr. Putrino in a Facebook Live.

For all three, their primary care doctors have not prescribed anything to help fight COVID19, but said they were given something to help with the inflammation in their bodies and the pain they were experiencing.