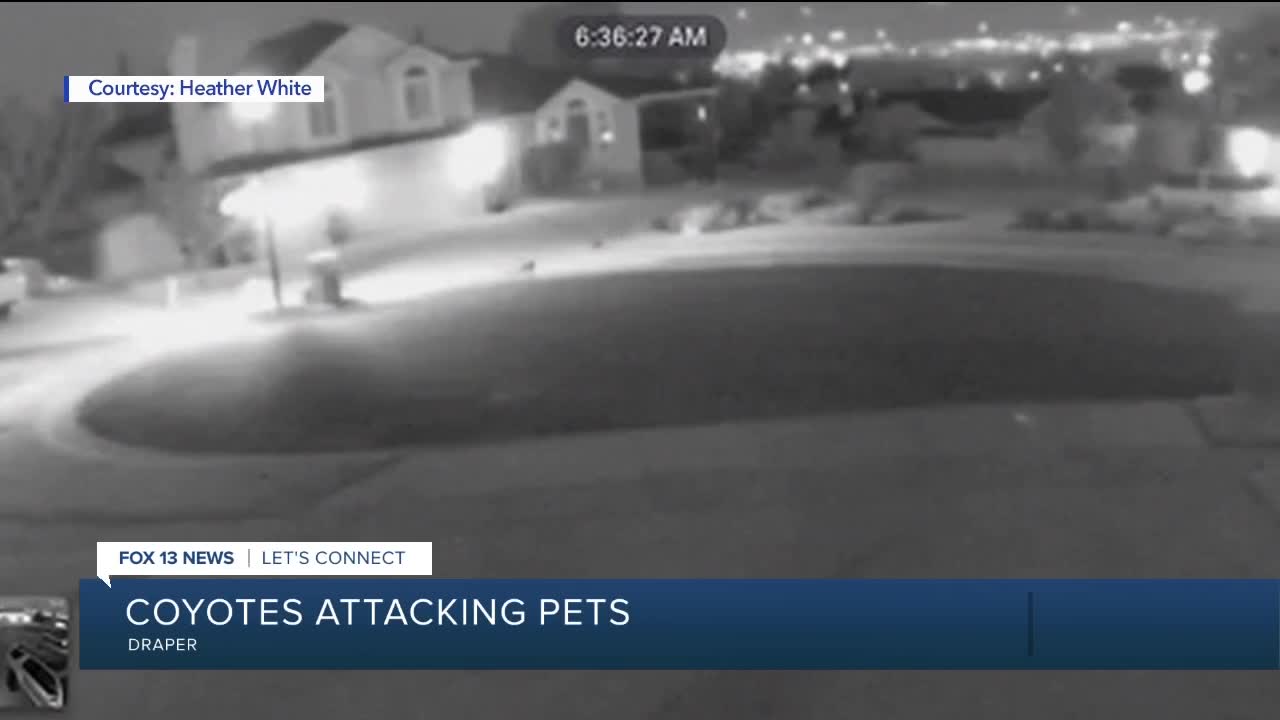 Draper residents are complaining of increased coyote sightings in the neighborhoods near the foothills.

DRAPER, UTAH — Draper residents are complaining of increased coyote sightings in the neighborhoods near the foothills. Some have even lost pets to coyote attacks in recent days.

"It's hard enough to watch the video, but when I think about what happened to him after that," Lowry said, "No animal should have to go through that."

Lowry's neighbor Heather White caught the attack on her home's security camera. She said all of the residents in their neighborhood are very close, and losing Moses was like losing a family member.

"I mean, I instantly started crying," White said. "We're very close... Family... And Moses is like ours too, so watching it just made me sick to my stomach."

Draper Mayor Troy Walker said coyotes are nothing new for the city.

"This happens all the time," he said. "We've had coyotes in Draper since before Draper was Draper."

However, the mayor said there are more coyotes in the area than years past.

Eastern Draper neighborhoods have extensive trail systems, and homes are located just below the mountain in typical coyote territory, but White said it's not the location that is the cause for more attacks happening.

"They're hungry! Because they're not in the wilderness where they should be," she said.

White and Lowry said all of the new construction in eastern Draper is pushing the coyotes out of their natural habitat, and into neighborhoods where pets and families live.

"This is just a consequence of all the unhindered growth in Draper," Lowry said.

Mayor Walker said the city is working with state agencies to try and fix the problem.

"We're working with the Division of Wildlife Resources right now to try and come up with some type of mitigation plan," Walker said.

But White and Lowry say the city is not doing enough.

"The city hasn't done anything," White said. "There are companies that will do this, the city just needs to step up."

Residents can call animal control if they see a coyote in their neighborhood, or when using the trails. The city said the best thing to do is to keep an eye on pets, and make sure they are not left alone.