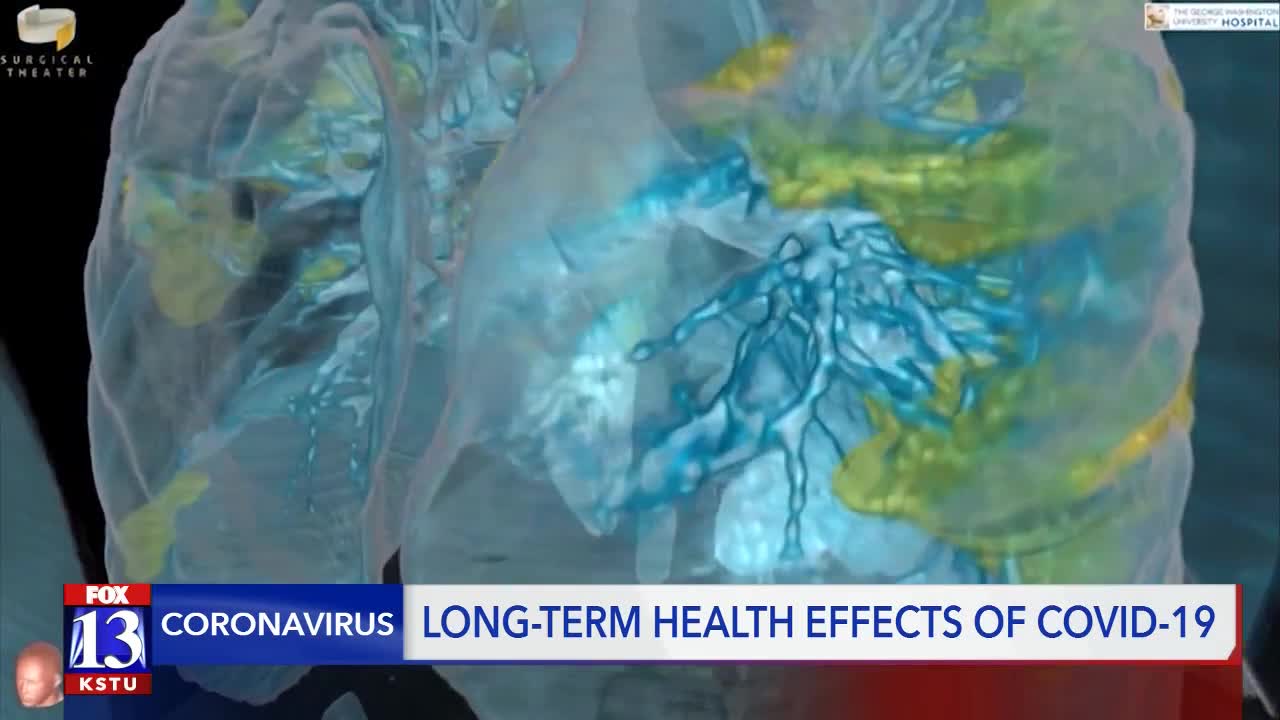 New studies are emerging on a "post-virus chronic fatigue syndrome," which emphasizes the time it’s taking the body to heal and recover.

On social media, the term "long hauler" represents a person who is experiencing COVID-19 symptoms for longer than a month.

“I’ve had patients who when they initially got sick were saying home, but two months later were still having fevers, aches, night sweats, sleep disturbance, kind of shooting pains in their body. Not as much diarrhea. Many patients are still having problems with the sense of smell,” said Dr. Dixie Harris, a pulmonary critical care physician at Intermountain Healthcare.

Dr. Harris has seen lingering effects from the virus in both patients who sought hospitalized care, including ventilators, and those who handled their symptoms at home with self-care.

“It’s kind of a cruel, wicked disease because it gets the blood vessels. It’s the nerves, it’s the GI tract, it’s the lungs, it goes throughout the body and also in some patients it creates a terrible inflammatory process,” said Dr. Harris.

New studies are emerging on a "post-virus chronic fatigue syndrome," which emphasizes the time it’s taking the body to heal and recover.

Dr. Harris doesn’t believe those deemed ‘recovered’ but are also experiencing body aches, fatigue, loss of smell and other long-term effects remain contagious. She’s seen patients experiencing levels of post traumatic stress disorder from only seeing doctors in gown versus having family visits. Dr. Harris also notes that the loss of smell is more profound in COVID-19 than other viruses.

“The fatigue does not really go away for a while,” said Jared Fields, who tested positive along with his wife in mid-June. “I do tell people overall I rank it next to the flu. It’s worse just because of how long it lasts, and how the symptoms change and some of these possible long-term side effects.”

Fields was on a trip to Florida with friends from Texas. He believes those joining him and his wife on the trip may have already had COVID-19 and had yet to show symptoms.

“Started feeling just a little bit off, a little bit like some dizziness, something I’ve never really felt, and just a lot of fatigue, just really tired,” said Fields after visiting Universal Studios where mask-wearing was a must.

He returned home to Utah and woke up the following day with extreme dizziness, body aches, a temperature and fatigue.

Fields took a COVID-19 test at a TestUtah location in Utah County. He received his results within 24 hours that he was positive. That same day, Fields’ wife started showing symptoms and went to get a test. She also tested positive as the two prepared to self-quarantine for a few weeks.

“We live healthy lifestyles, get sleep, yet this thing kind of kicked our butts and it still continues to have some side effects,” said Fields.

Like many, Fields believes he had something similar to COVID-19 earlier this year before testing was available. He called his most recent battle ‘round two’ but with longer-lasting symptoms.